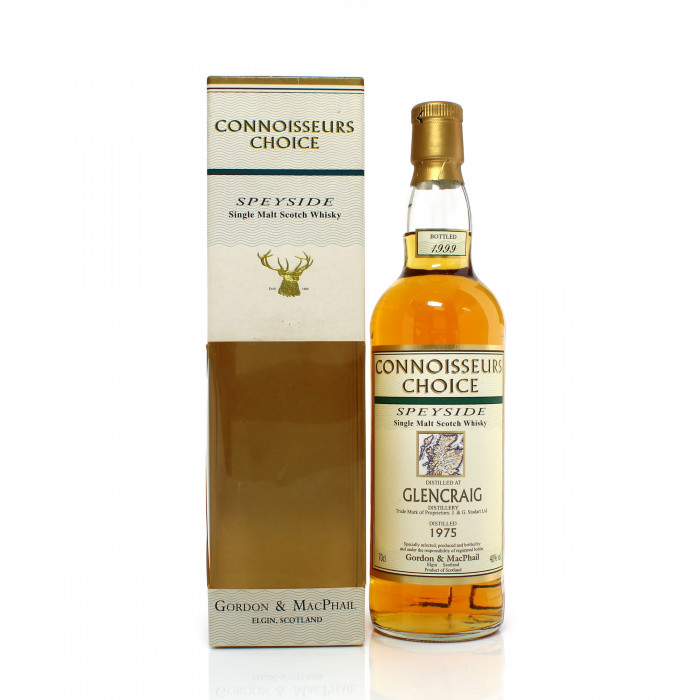 Part of the Connoisseurs Choice series from renowned independent bottler Gordon & MacPhail, this Speyside single malt was distilled at Glenburgie in 1975 using the distillery's Lomond stills. Installed to provide a different style of malt for Hiram Walker's blends, such as Ballnatine's Finest, the malt from these stills was named Glencraig after the production director, Willie Craig, and was never officially released as a single malt before production ceased in 1981. Matured for almost a quarter of a century, this expression was bottled in 1999 at a strength of 40% abv. Back to top