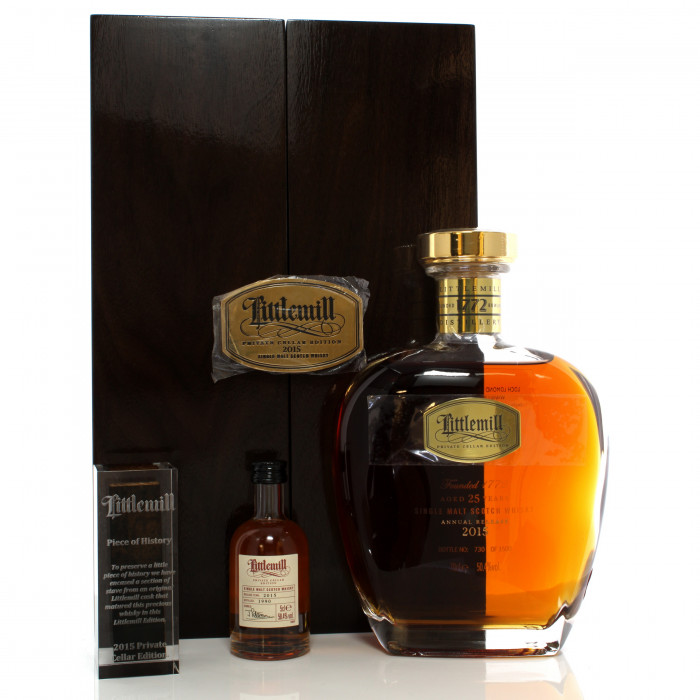 From their Private Cellar Edition series comes a 25-year-old bottling from Littlemill, Scotland’s Oldest Licensed Distillery. It is now a closed distillery, which once operated on the banks of the River Clyde in Bowling near Glasgow. Though its doors have been shut since 1994 (with most of the buildings now destroyed from a fire in 2004), Littlemill’s special releases allow us to taste their unique whisky!

This exceptional expression has been initially matured in 10 American and European oak casks, all chosen from between 1989 and 1990, before being married and finished in first-fill Oloroso Sherry casks. Fun fact: Doddie’s first cap for Scotland came in November 1990 against Argentina in Murrayfield! And the rest is history...

The 2015 edition is presented in a 70cl bottle and also comes with a 5cl miniature of the whisky (for a friend?!), as well as a section of a stave from one of the casks that matured the whisky!

This bottle has been kindly donated by the Loch Lomond Group.