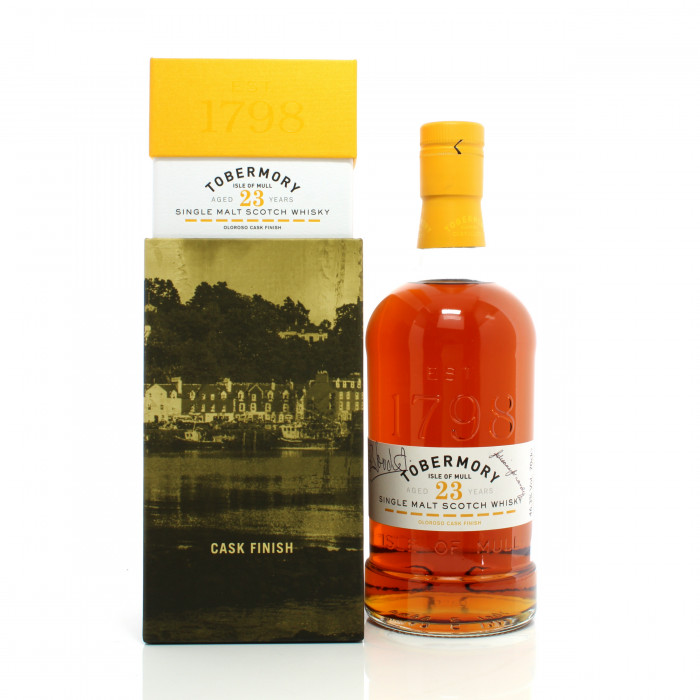 The new Tobermory 23 Year Old is like the return of an old friend: the liquid was distilled and filled into whisky refill hogsheads in June 1996, before being released as the popular Tobermory 15 Year Old back in 2008. This expression took the original liquid from the 15-year-old, and then transferred it into Gonzales Byass supreme quality casks in July 2014. Bottled 7 years later at 46.3% ABV and without chill-filtration, the final result is an exquisite sherried malt with a natural, deep rose gold colour.

This bottle has been kindly donated by Cameron Bowes of Distell.