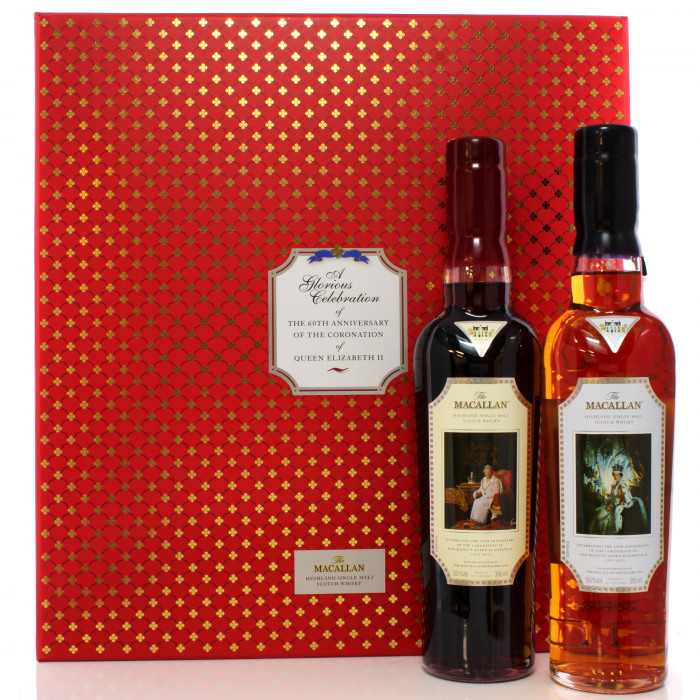 An incredible collector’s bottling from The Macallan, the third in a range of royal bottlings, with only 1953 sets produced. Macallan Coronation was released in 2013 to celebrate the coronation of Queen Elizabeth in 1953, 60 years before the release.

The third in a series of royal bottlings, this edition is comprised of two 35cl bottles of sherry cask matured whiskies: one matured in American oak, featuring Cecil Beaton's iconic 1953 coronation portrait and bottled at 55.7% abv, and the other matured in Spanish oak, decorated with Julian Calder's 2004 portrait of Her Majesty,and bottled at 58.1% abv.

This monumental presentation is quite the masterpiece and is highly sought after the world over. The limited number of 1953 bottles were all snapped up very quickly upon release. A true royal treasure if ever there were.

This bottle has been kindly donated by Scott Dickson of the Loch Lomond Group.