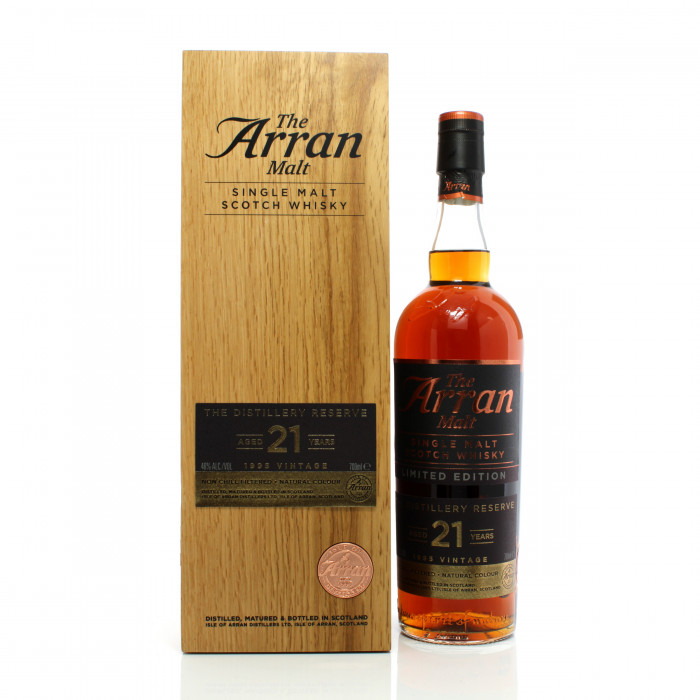 A special bottling to mark the 21st anniversary of the Isle of Arran Distillery in 2016, only 170 bottles were produced exclusively for directors, employees and associates of the company. Distilled at Lochranza Distillery in the north of the island and bottled at 46% abv., this limited edition has never been available for retail sale.

Fun fact: 1995 was the year Doddie scored two tries against NZ in a quarter-final match of the Rugby World Cup in South Africa.

Each winner of a bottle from Doddie's auction will receive two complimentary Glencairn glasses, branded with the My Name'5 Doddie Foundation logo (pictured on homepage)!.

This bottle has been kindly donated by David Ferguson of Arran.