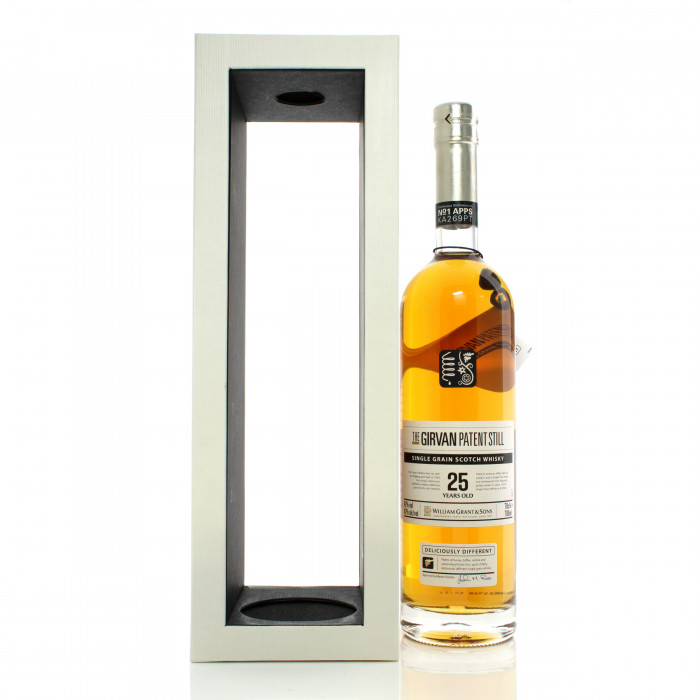 The Girvan Patent Still Single Grain Whisky is produced at the Girvan Distillery in the Lowlands, and the whisky is typically used in the creation of Grant’s blended Scotch, and sold to other blenders.

The 25 Year Old was the first whisky to be released in the Girvan Patent Still range, the first range of single grain Scotch whisky, and is a marriage of whiskies aged in first and second-fill Bourbon casks with some whisky aged in Sherry wood and virgin oak.

Fun fact: When Doddie was 25 years old, he scored two tries against New Zealand in the quarter-final match of the 1995 Rugby World Cup in South Africa.

This bottle has been kindly donated by William Grant & Sons.