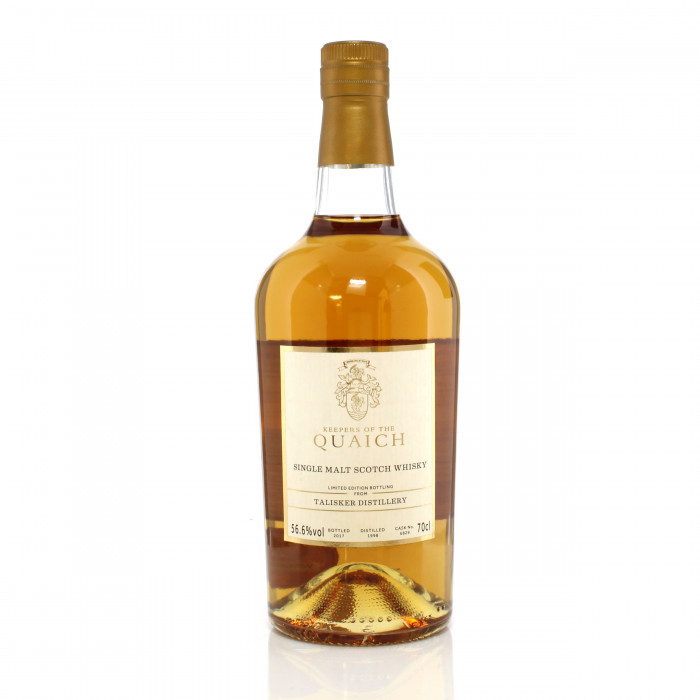 The second-ever bottling for Keepers of the Quaich was selected by a valued member of the Management Committee, Dr Nicholas Morgan, in December 1998. Nick selected a refill butt from the Talisker distillery, aged 18 years old and bottled at a cask strength of 56.6% abv without chill-filtration. The cask yielded 618 bottles which were released for the KOTHQ’s Autumn banquet in 2017.

Fun fact: 1998 was the year Doddie won the Premiership Title with the Newcastle Falcons.

This bottle has been kindly noticed by Peter Prentice, Chairman of the Keepers of the Quaich.