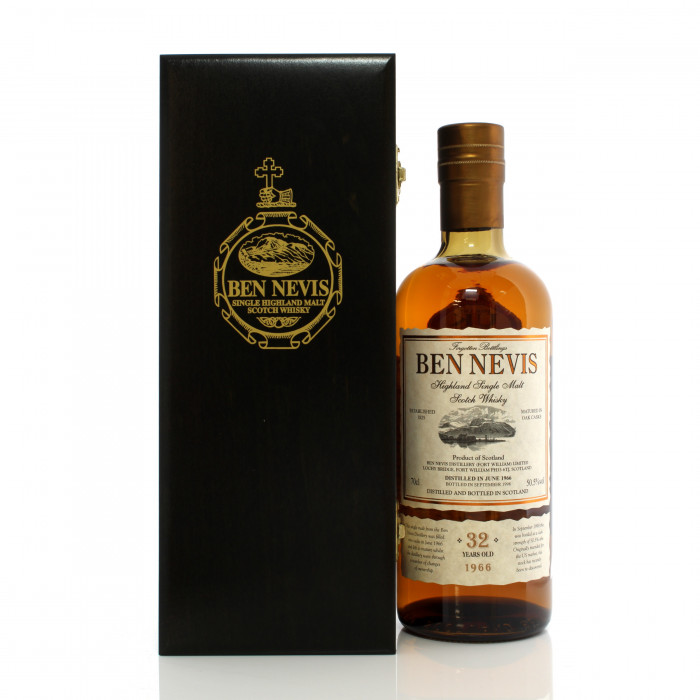 Distilled at the Ben Nevis distillery in Fort William, this spectacular 32-year-old single malt was distilled in 1966 before being matured for over three decades, and was originally released for a customer in the US.

After lying forgotten in the warehouse, the stock was recently re-discovered and re-bottled into just 689 70cl bottles and released as part of their 'Forgotten Bottles' series. Each bottle has been individually numbered and comes at a cask strength of 50.5% abv.

This hidden gem was bottled in 1998, the same year Doddie won the Premiership Title with Newcastle Falcons. A tremendous triumph, Doddie recalls the night of the win as a night “full of cheers… and plenty of beers!” We bet!

This bottle has been kindly donated by Jim Robertson of the Ben Nevis Distillery.