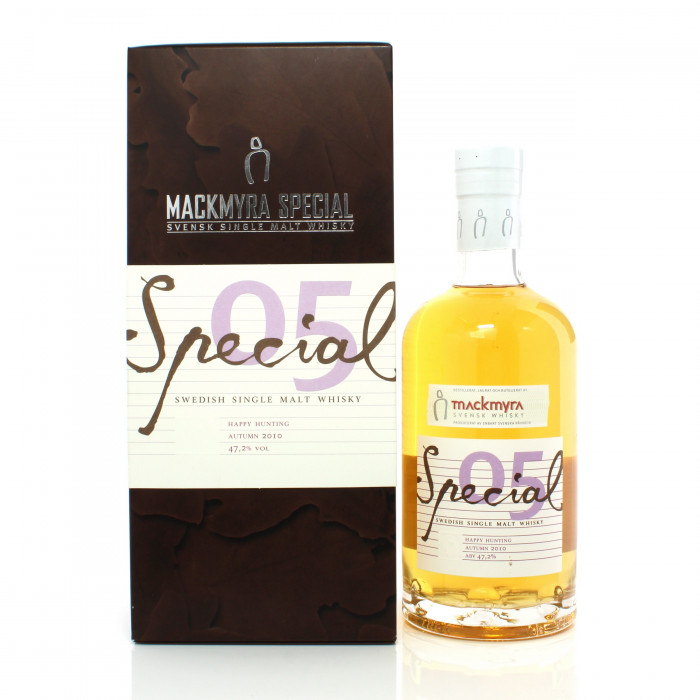 Mackmyra Happy Hunting is the 5th special edition release from Mackmyra distillery in Sweden. Special 05 has been matured in a combination of different cask types, including some of the best of Mackmyra's 30-litre ex-bourbon, ex-sherry and new Swedish oak casks, before being finished casks that have been saturated with lingonberry wine. The maturation took place in the Bodås mine (50 metres underground!) until the whisky was ready for bottling in 2005 at a strength of 47.2% abv.

Fun fact: 2005 was the year Doddie retired from professional rugby, after an incredible 17-year career in the sport. It also just so happens that 5 is his lucky number!

This bottle has been personally donated by Mackmyra UK Brand Ambassador Micky Plummer.