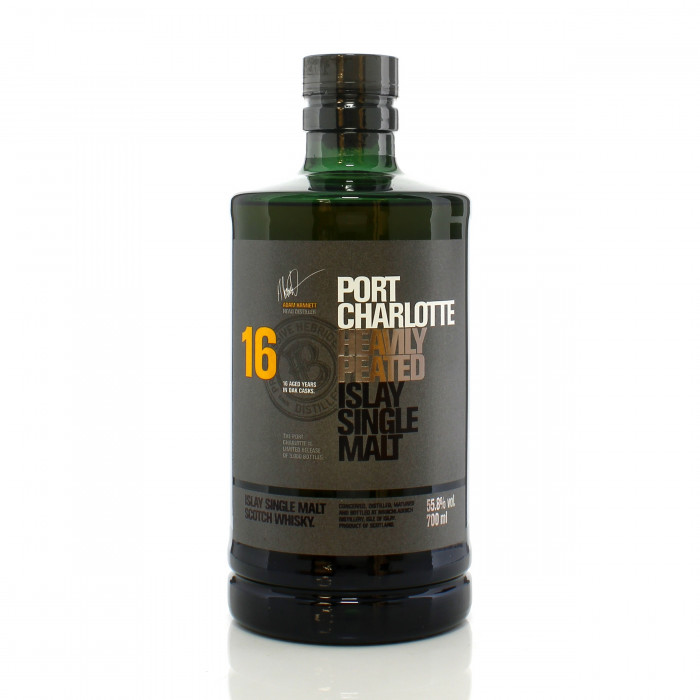 Distilled at Bruichladdich distillery on Islay, Port Charlotte is the range of heavy peated whiskies that they produce. Distilled in 2003, the Scottish barley was put into three parcels, the first being filled into refill hogsheads which was recasked in 2012 into first fill bourbon barrels. The second being filled into first fill bourbon barrels being recasked in 2013 into ex-Sauternes casks and the final parcel being a complex assembly of ex-sherry, ex-bourbon and virgin oak casks. Although not originally intended for it, this expression was released for the Feis Ile festival 2020 online and was limited to just 3,000 bottles. Back to top