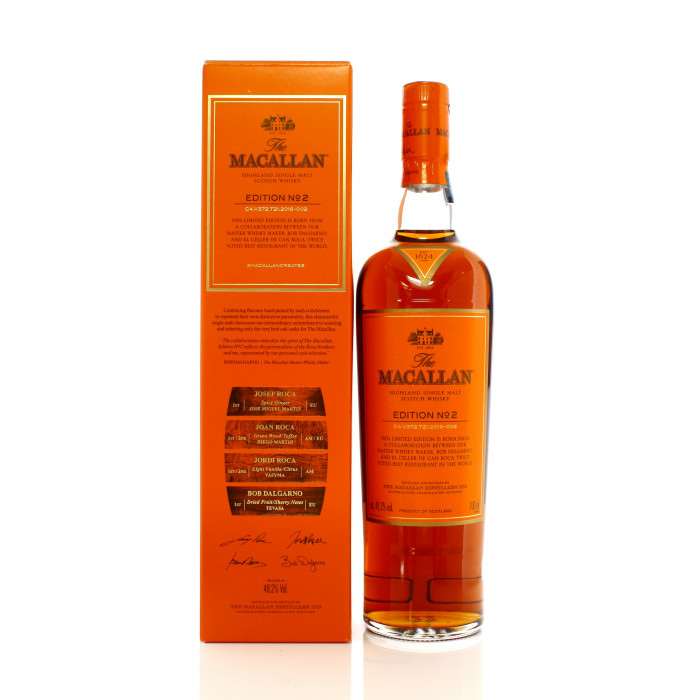 The second release in the Edition Series, this Speyside single malt was created in collaboration with the Roca Brothers, co-founders of El Celler de Can Roca restaurant, which was twice voted best restaurant in the world. Each of the brothers, plus Master Whisky Maker Bob Dalgarno, chose varying cask types from four different bodegas to create this limited edition, released in 2016. Back to top