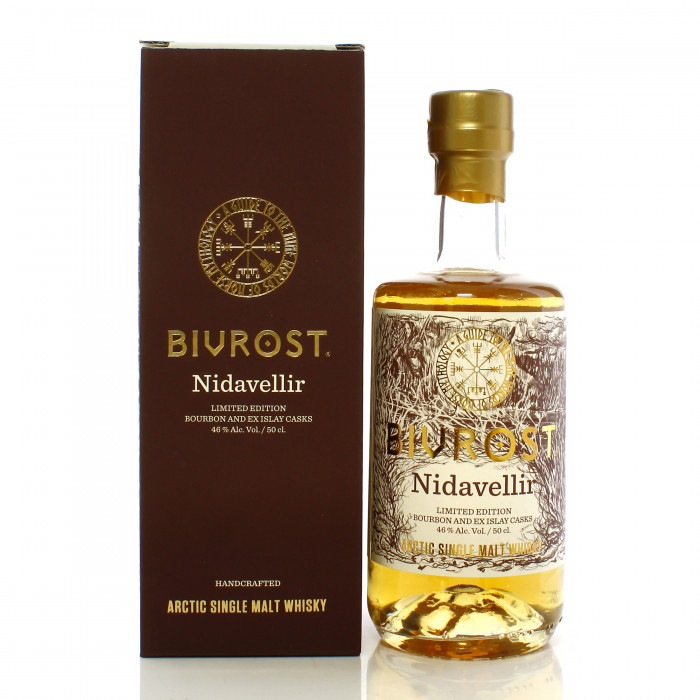 The second release from the Norwegian distillery, Bivrost Nidavellir Single Malt Whisky is made under the glow of the Northern Lights, at the foot of the majestic Lyngen Alps, at 69 °N. This whisky is made from 100% Nordic barley and is fermented with glacial meltwater from the Lyngen Alps. After distillation, it's initially matured in bourbon casks from Heaven Hill, and then finished French oak casks used previously to mature wine at a New Zealand winery. And if that wasn't enough, the casks travelled to an Islay distillery to be charred and laid to rest for a further five to six months. What a journey! Back to top