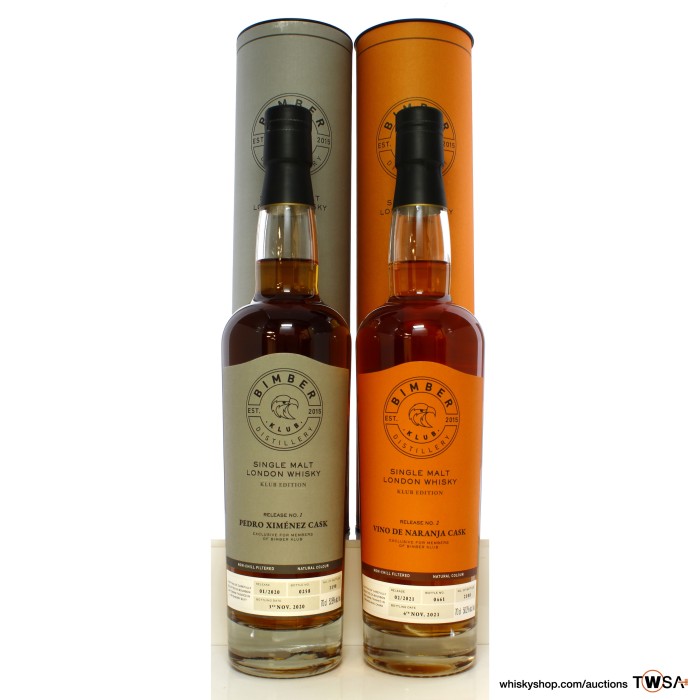 Distilled at the Bimber distillery in London, this young distillery laid down its first casks on 26th of May 2016. This lot includes two releases which are special bottlings available exclusively to members of the Bimber Klub. They have been bottled free from chill filtration and artificial colourings at strengths of 50.2-52.8% abv.

Edition one was laid down to mature initially in ex-bourbon casks before being transferred to a Pedro Ximenez sherry butt before there were just 1,198 bottles produced.

Edition two was laid down to mature in first fill ex-bourbon barrels before being transferred for finishing to ex-Vino de Naranja casks before just 2,100 bottles were produced.