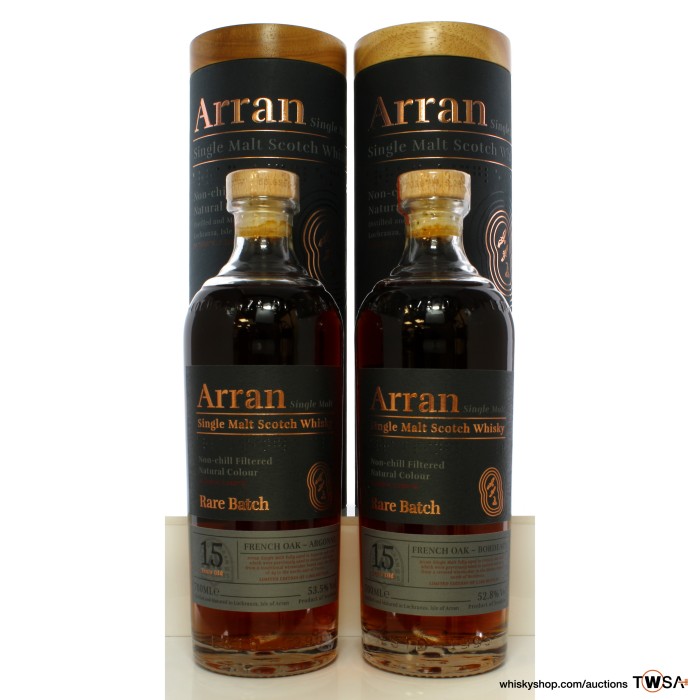 Distilled on the Isle of Arran at the distillery in Lochranza, these two rare batch releases were launched in October 2021 and were bottled at between 52.8-53.5% abv..

The Argonne French Oak was laid down to fully mature in Argonne oak casks which had been used previously to mature still wines from a traditional winemaker near the village of Ay.

The Bordeaux French Oak was laid down to fully mature in red wine casks from a winemaker in the Medoc region in north Bordeaux.