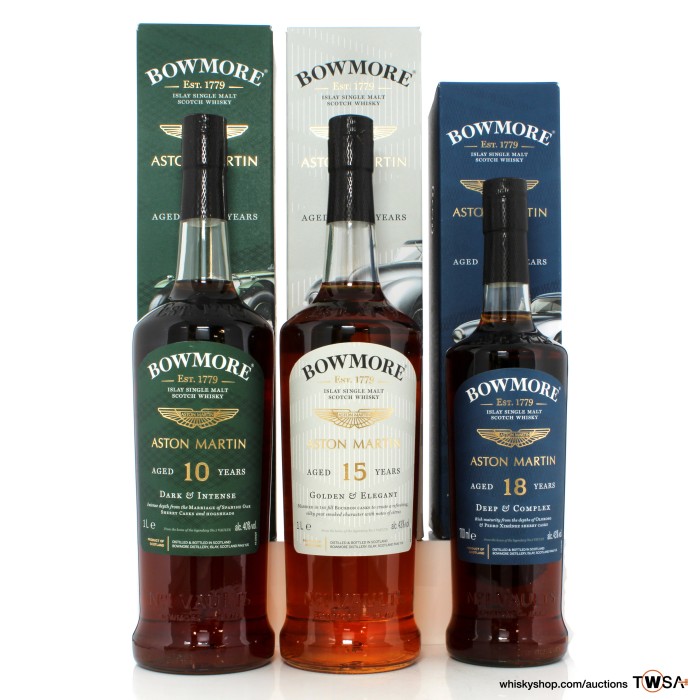 Distilled at the Bowmore distillery this limited edition collection has been launched in partnership with Aston Martin for the travel retail market. Edition 1 in the range has been paired with the team car, the LM10, which first raced back in 1932. This expression has been laid down in sherry casks & hogsheads for at least a decade.

Edition 2 in the range celebrates the Aston Martin Atom and pays homage to all the craftsmen involved. This expression has been laid down in first fill bourbon casks & hogsheads for at least a 15 years.

Edition 3 in the range has the Aston Martin DB Mk III on the front of the box and represents that performance is the force which connects them and Bowmore. This expression has been laid down in a combination of Oloroso and Pedro Ximenez sherry casks for at least 18 years.