Bain's Distillery: Out of Africa

When professional sportsmen retire many become coaches, managers or pundits, while others make a major change of career, usually being young enough to enjoy a second lease of working life. International footballer George Tawlon Manneh Oppong Ousman Weah, who played in England for Chelsea and Manchester City, even went on to become President of Liberia!

When Andy Watts called time on his cricketing career, he opted for a role as a spirits’ blender in South Africa, and now rejoices in the title of Head of Whisky Intrinsic Excellence for Distell International. 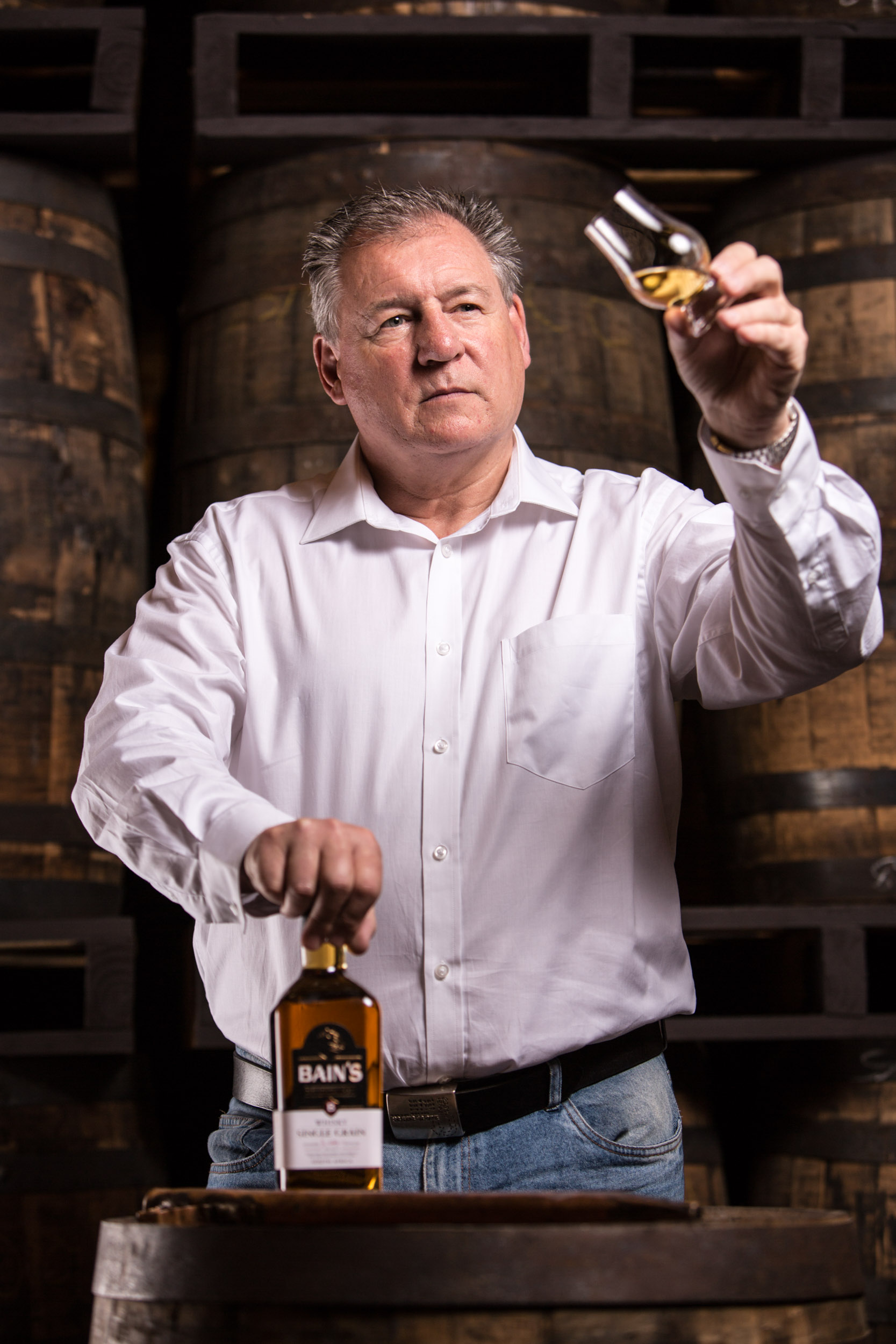 Distell is based in Stellenbosch, Western Cape, and boasts a broad portfolio of wines and spirits. Since 2013 that portfolio has included Burn Stewart Distillers, the Scottish-based owners of Bunnahabhain, Deanston and Tobermory distilleries, along with the popular blends Black Bottle and Scottish Leader.

“I went back for the next two winters and, to supplement my cricket income, I worked part-time at Stellenbosch Farmers Winery (SFW) in the spirit­blending cellars, and really enjoyed that. At the end of 1984 Derbyshire released me from my contract, and at that time the cellar master moved to a job in bottling and I was offered the chance to run the cellars. I was subsequently sent over to Scotland to learn how to make whisky.”

In Scotland, Watts worked with Morrison Bowmore Distillers, spending time with the Islay legend that is Jim McEwan, along with other influential characters. He recalls that “It was the passion which these distillers shared that made me realise that I definitely would like to be part of the whisky industry”. He returned to South Africa in 1989, and was involved in transforming the historic James Sedgwick distillery in Wellington from a brandy-producing plant into one turning out whisky.

This distillery was named after Captain James Sedgwick, a former British East India Company mariner and later successful purveyor of wines, spirits and tobacco products in South Africa. Following Sedgwick’s death in 1872, two of his sons carried on the business, purchasing buildings by the Berg River in 1886, where they subsequently created a distillery. 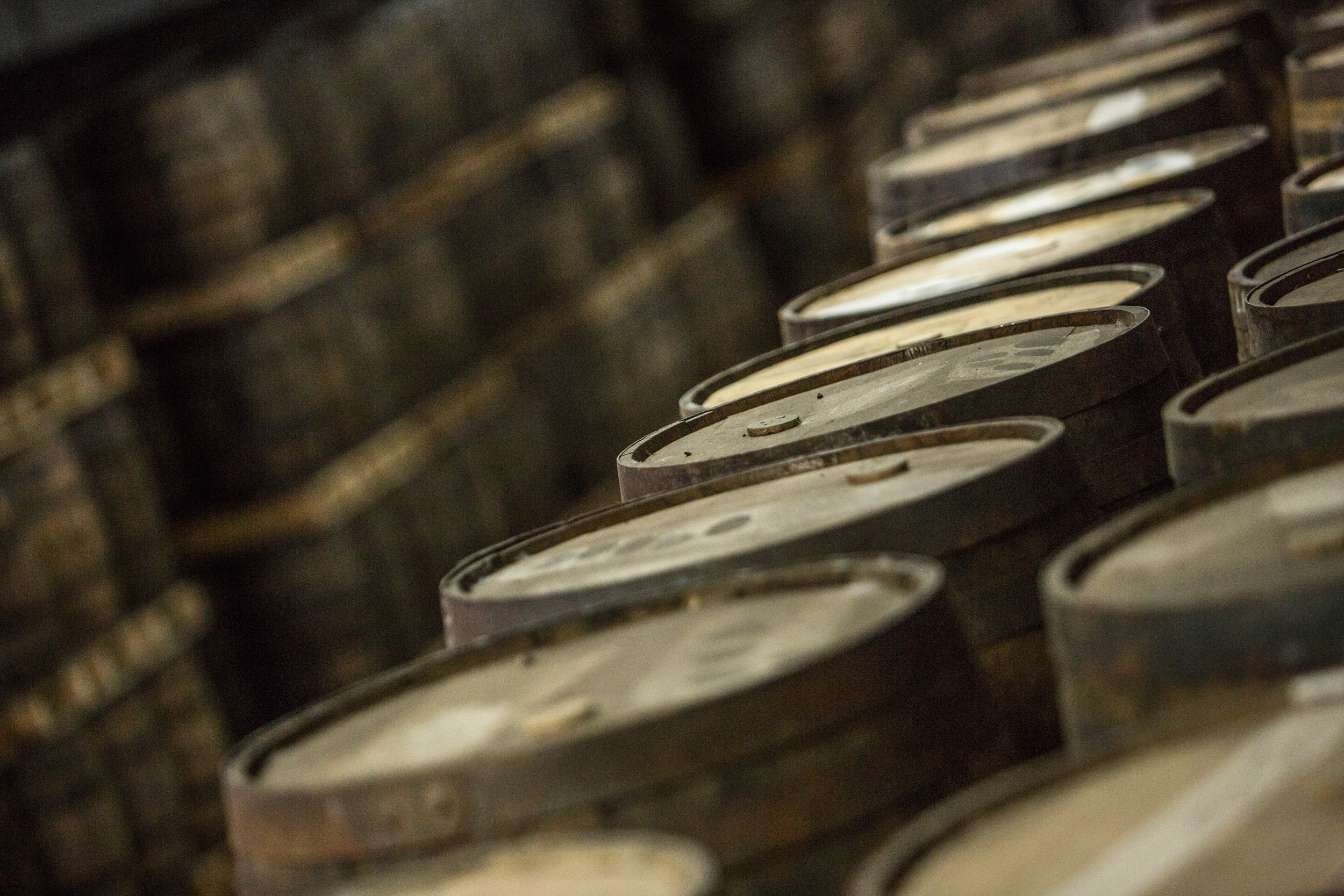 Just over a century later, Andy Watts and his team re-configured James Sedgwick with the installation of mashing equipment taken from a small whisky-making operation that had been created during the mid-1960s by Donald Robertson and Noel Buxton on the Groote Zalze farm in the Lynedoch district outside Stellenbosch. In 1972 the SFW group had bought this distillery for experimental purposes.

SFW went on to merge with the Distillers Corporation to form Distell during 2000, nine years after Andy Watts had been appointed manager of James Sedgwick. At that time, he became only the sixth person to hold that position in almost 130 years. As he explains, “We distilled whisky in the old brandy stills initially, and when Distell was formed, I was asked to continue in my position.”

The whisky made by Watts and his team was marketed under the Three Ships label, which was the first commercial whisky brand in South Africa when launched in 1977, though whisky-making in the country dated back to the 19th century. 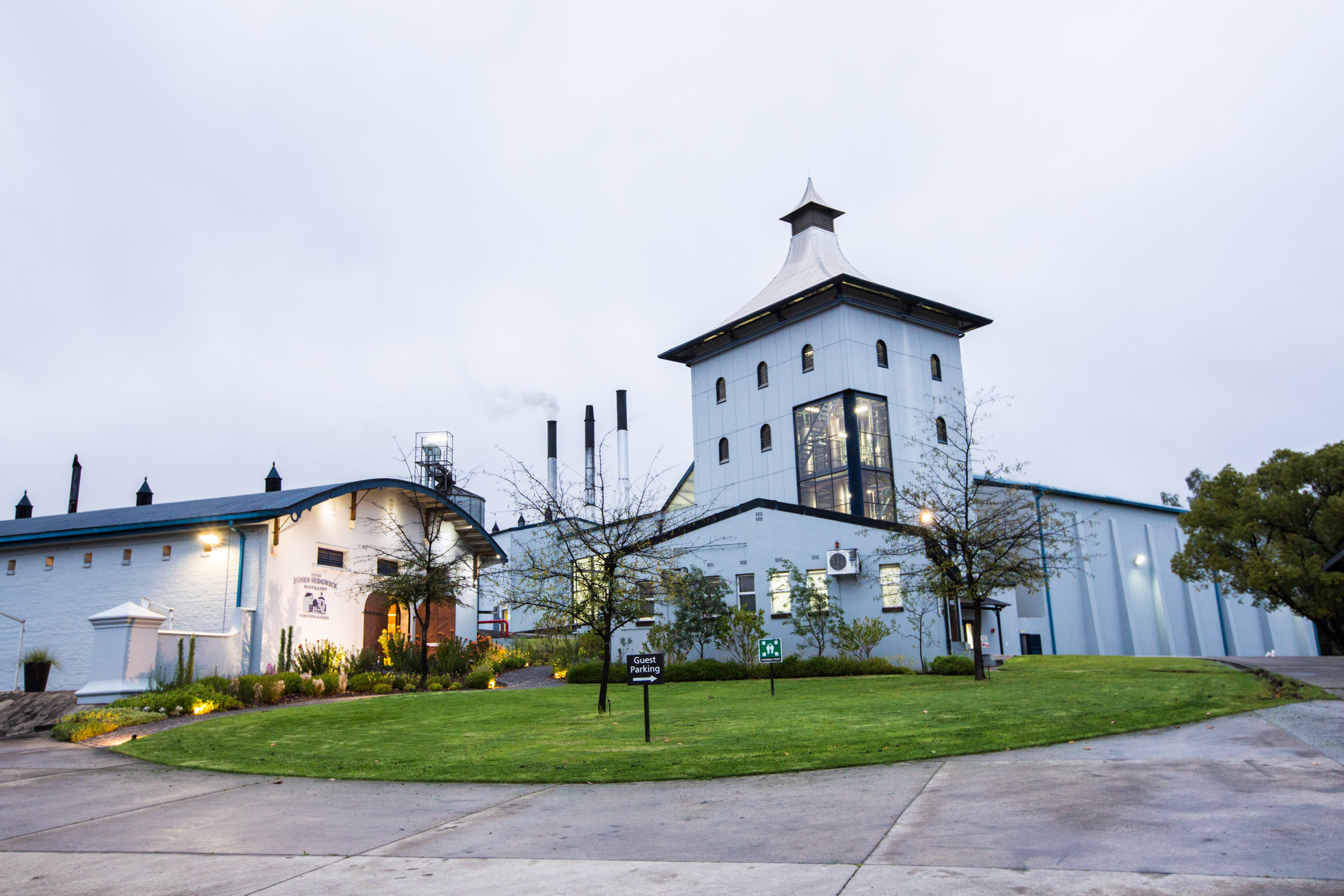 Under Watts’ regime the quality of Three Ships improved significantly, and 1992 saw the launch of Three Ships Five Year Old Premium Select Blend. Watts explains that “Before that there had only been Three Ships Select Blend. The new expression started out with grain spirit made at James Sedgwick distillery and five-year-old Bowmore. Select and the five-year-old still have a small amount of Scotch in them, while the others in the range are all 100 percent South African spirit.

“We added Three Ships single malt in 2003, and it was the first South African single malt whisky. Subsequently, we did a 2015 vintage 2005, and a vintage 2006 10-year-old has just been released. Each year I produce a limited edition bottling in The Masters Collection, with the third and latest being an eight-year-old single malt with an Oloroso sherry cask finish.”

Watts adds that “We worked with an independent bottler for the first time in 2018. The Private Bond Company chose a six-year-old Fino sherry cask, and released 677 bottles of that. We may continue along those lines and do one per year with other independent bottlers.”

Three Ships retails principally in South Africa, but in Bains Cape Mountain single grain, Distell has a South African whisky with global reach. It is named after Andrew Geddes Bain – a Scot who constructed the Bainskloof Pass, that connects Wellington to the interior of the country, in 1853.

“We set out to build a brand,” declares Andy Watts, “and it was totally different to Three Ships, which was much more traditional. I was looking to create something soft and easy to drink, combining the best aspects of Irish and Bourbon, in effect. It made sense to take this unique product into international markets rather than Three Ships, as it was off on a tangent on its own.

“In the beginning it was marketed as being best drunk neat or with ice, but if you go into the high-end shebeens in the South African townships you might find an expensive bottle of whisky on a table next to a bottle of Appletiser, and Bains is a very versatile drink.”

Noting that it usually takes 15 years to decide whether or not a brand has been a success, Watts says that “Bains is 10 years old next year, and it’s been the most successful launch for the company ever. It’s shown double digit growth year on year, and the World’s Best Grain Whisky awards it won in 2013 and again in 2018 have led to greater demand from overseas. I produced a 15-year-old version of Bains for Nelson Mandela’s centenary earlier this year and on the back of that we’re introducing a 15-year-old into global travel retail outlets very soon.”

In July 2016 Andy Watts was promoted from distillery manager at James Sedgwick distillery to his current role as Head of Whisky Intrinsic Excellence, and Jeff Green took over as distillery manager, having previously worked there as process manager and distiller since 2009.

As Watts explains, “I’m based at Distell’s ‘Centre of Excellence’ in Stellenbosch and also have an office at the James Sedgewick distillery. I have complete control over our South African whiskies and also work with the team in Scotland. I’m fortunate to have great people in Scotland who get on with everything. We are taking the opportunity to upgrade at some of our distilleries, with Tobermory currently in the middle of a two-year programme of work, while we’ve just fitted a new still at Bunnahabhain, where we’re also undertaking major renovations.” 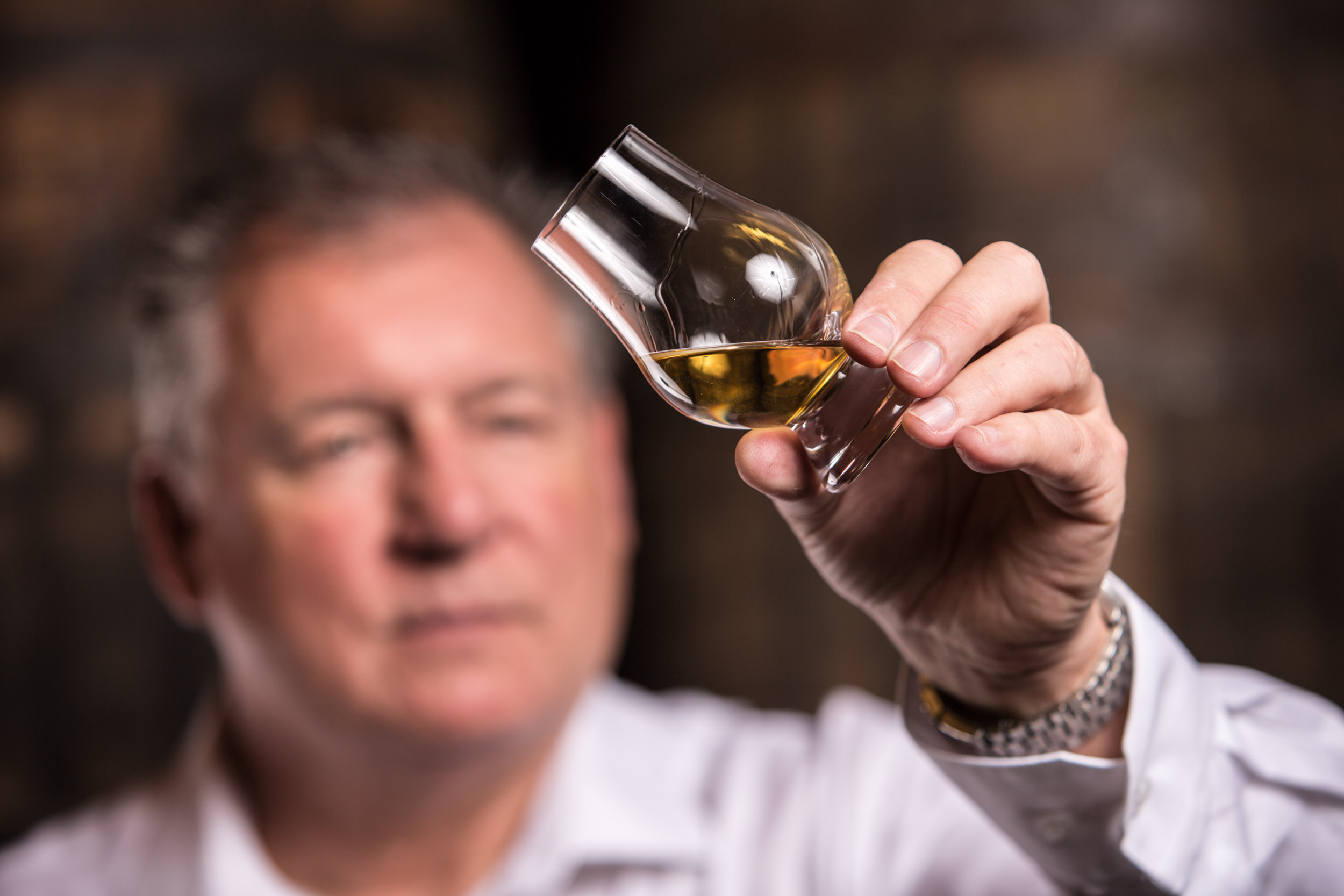 On the subject of stills, Watts points out that the single malt whisky made at James Sedgwick distillery is no longer produced in former brandy stills, as in the early days. He says that “We undertook a major expansion at the distillery during 2009, making it aesthetically more pleasing and putting in two 20,000 litre pot stills at the time, based on the design of those used at Bowmore on Islay.

“We also have a column still to make grain spirit, and a five-column neutral spirit still. We tend to run two months making malt and nine months making grain, with time out for maintenance work. We do the malt during the South African winter as cooler temperatures give better fermentation. Overall, we have a capacity of 10 million litres per annum. The blending is all done on site and the whisky taken by tanker to be bottled either in Cape Town or Johannesburg.”

Maize for the production of grain whisky is sourced in South Africa, and Watts explains that “Our malted barley is imported via Simpsons Malt in the UK and is in three styles, lightly peated, medium peated and heavily peated. The Three Ships Five Year Old blend has quite a lot of peatiness in it. I created it to remind me of my time on Islay.”

As Watts noted earlier, whisky consumption in South Africa has increased apace in recent years, and whisky has now replaced brandy as the top-selling spirits category by volume and value in the country. South Africa is also seventh-largest consumer of Scotch whisky in the world.

According to Watts, “The South African Whisky scene is very lively and we now have Whisky Live across four cities, with the highlight being Sandton in Johannesburg each November. Whisky is consumed across all age groups, gender and race, making it truly representative in our diverse demographic.”

Although there are two craft distilleries making whisky, James Sedgwick remains the only full-scale whisky distillery in South Africa, giving it a status similar to Kavalan, which is the sole producer of whisky in Taiwan, leading to its products having the status as ‘national’ whiskies. “I see us as part of the global whisky community,” says Andy Watts, who has done much to improve the quality of South African whisky and help establish it as a serious world player, while acting as an outstanding whisky ambassador for his adopted country. 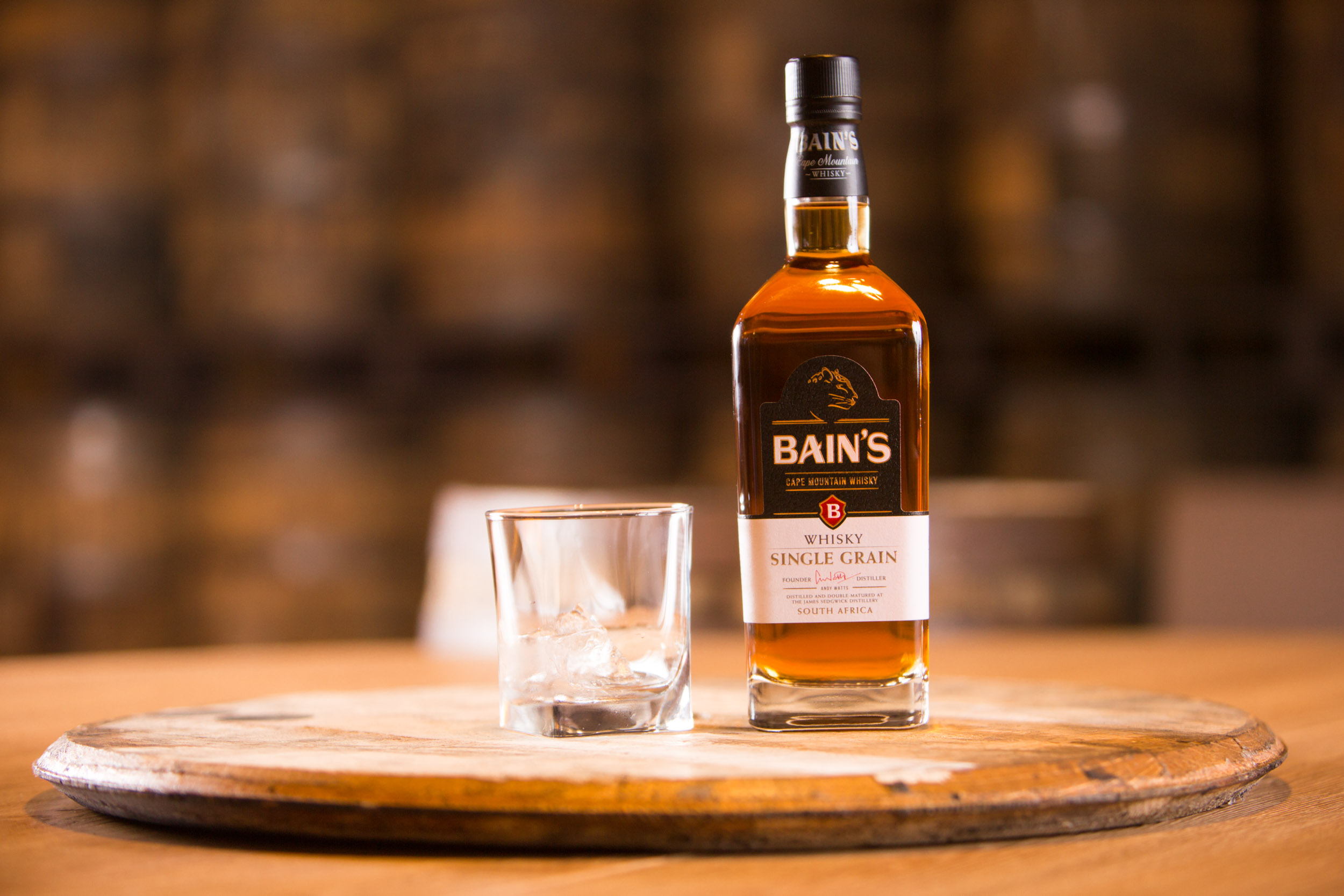