Known in Victorian times as ‘the whisky capital of the world’ (read more by Brian Wilson in last summer’s Whiskeria), Campbeltown these days is less a distilling metropolis and more a sleepy seaside settlement, better befitting its remote location on the Kintyre peninsula. 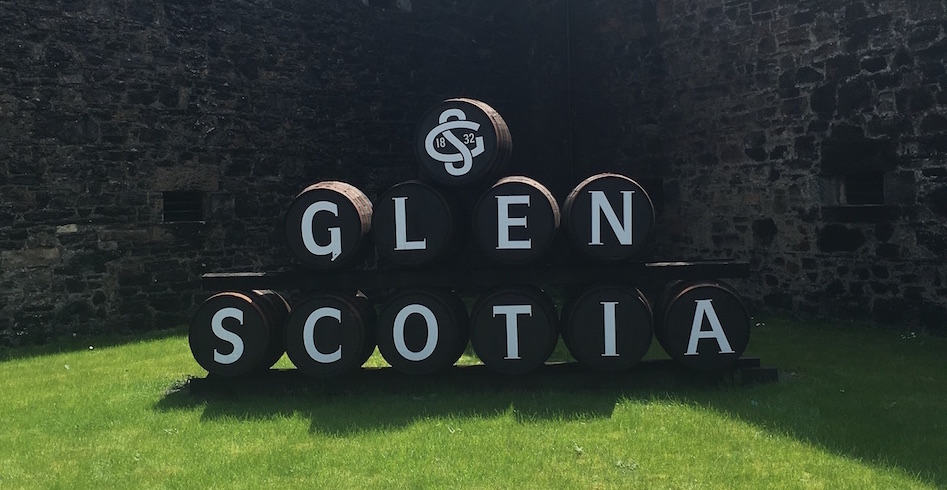 Known in Victorian times as ‘the whisky capital of the world’ (read more by Brian Wilson in last summer’s Whiskeria), Campbeltown these days is less a distilling metropolis and more a sleepy seaside settlement, better befitting its remote location on the Kintyre peninsula.

Nevertheless, for three days each summer, it reawakens to welcome whisky’s most illustrious characters and avid pilgrims for the three-day Campbeltown Malts Festival, held in the week preceding Islay’s famous Fèis Ìle. This year, we were lucky enough to be counted among them as guests of Glen Scotia, on the generous invitation of Sales Director, Andy Calder.

As Charlie MacLean so expertly phrases it in his review of their summer 2018 releases, “Until recently, Glen Scotia was a sleeping beauty. The kiss that woke her up in 2014 came from the current owner in the form of substantial investment.” This week, we learned just what a beauty the revived distillery is…

From our eye-wateringly early departure it was evident that Glen Scotia’s hospitality is as warm and inviting as its malts, and both were in abundance from the get-go. Travelling alongside representatives from Scottish and International distributors, we learned that the distillery’s reputation has flourished under its new management, with their classically Campbeltown malt whiskies winning acclaim from Boston to Moscow, and everywhere in-between. 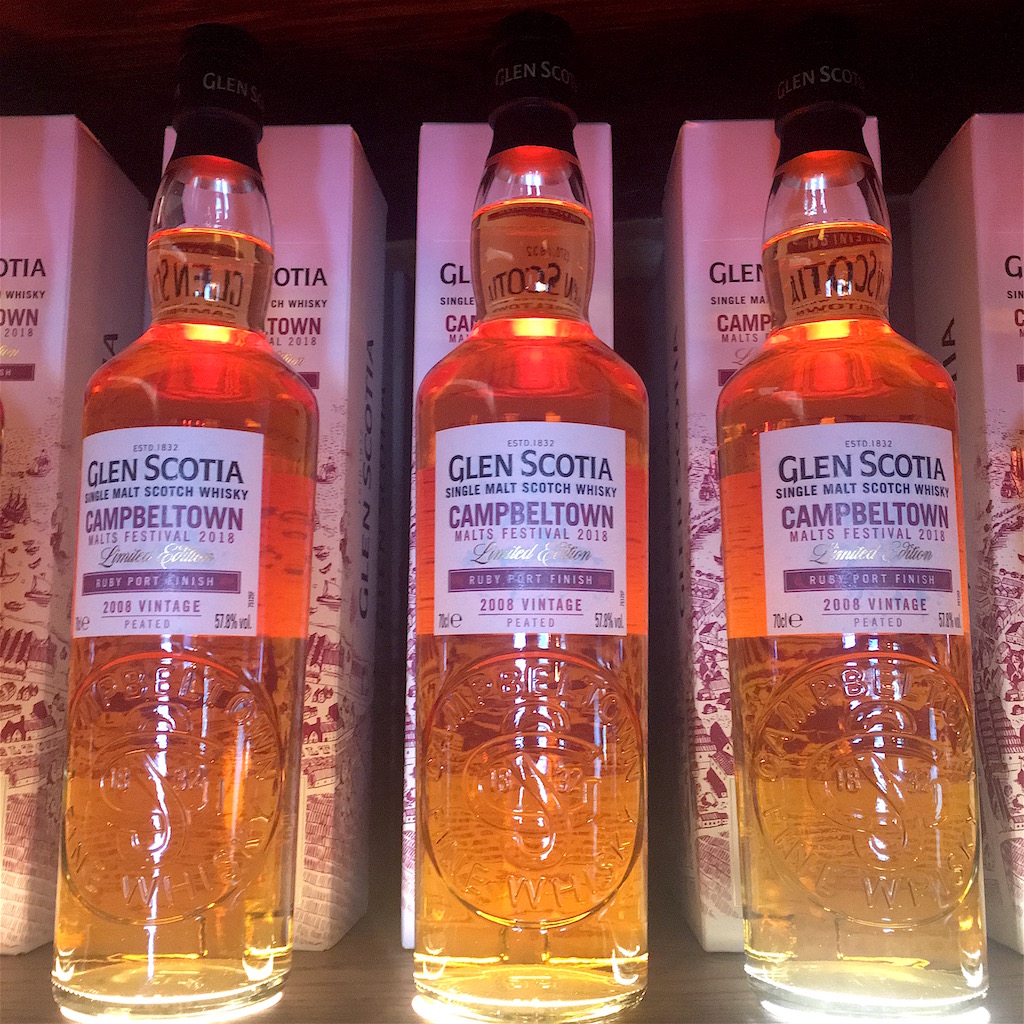 Hosted by enthusiastic brand ambassadors Libby and Ibon, we kicked off sampling on the bus at 7am with the Glen Scotia 2008 Ruby Port Finish, a limited edition bottling for this year’s festival, and a fantastically balanced dram promising rich red fruits, spice, sea-spray and peat-smoke all at once, but never in competition.

This was followed closely by the Glen Scotia 18 Year Old, declared “A great whisky for travelling” by Ibon due to its non-peated, sweet toffee and vanilla fruit character. We all agreed, and now know what constitutes ‘a good travelling whisky’! 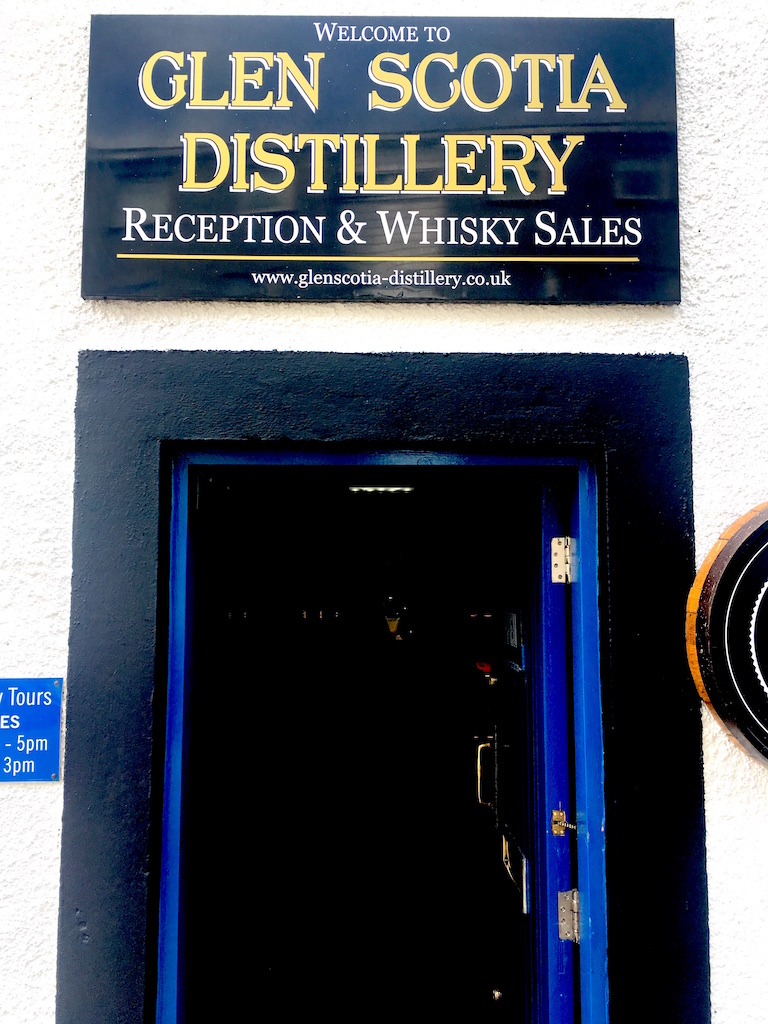 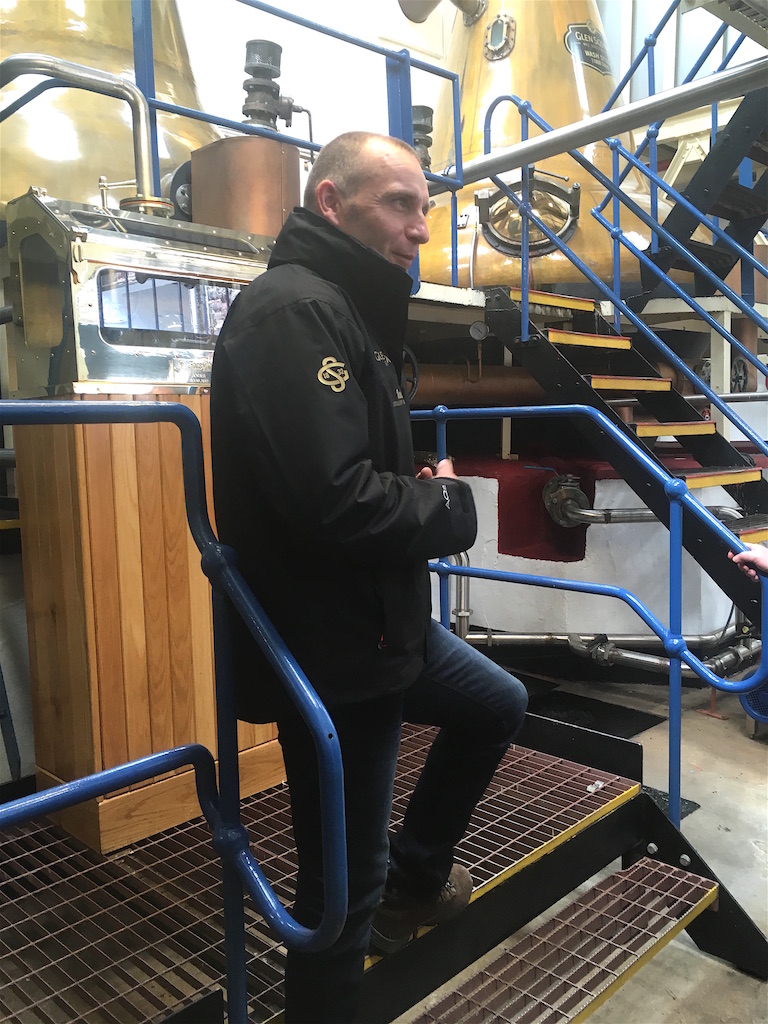 Our education continued upon arrival with a detailed distillery tour from none other than Iain McAlister, Distillery Manager and “the Prince Charming who woke the sleeping beauty”, finishing with a tutored tasting of three exceptional single casks: a 2001 and 2009 bourbon cask, and a glorious 1989 sherry cask. These were chosen from six which would be available the following day – Glen Scotia’s official festival open day – for tour-takers to sample in the cavernous dunnage warehouse, with a 20cl of your favourite dram gifted as a souvenir. 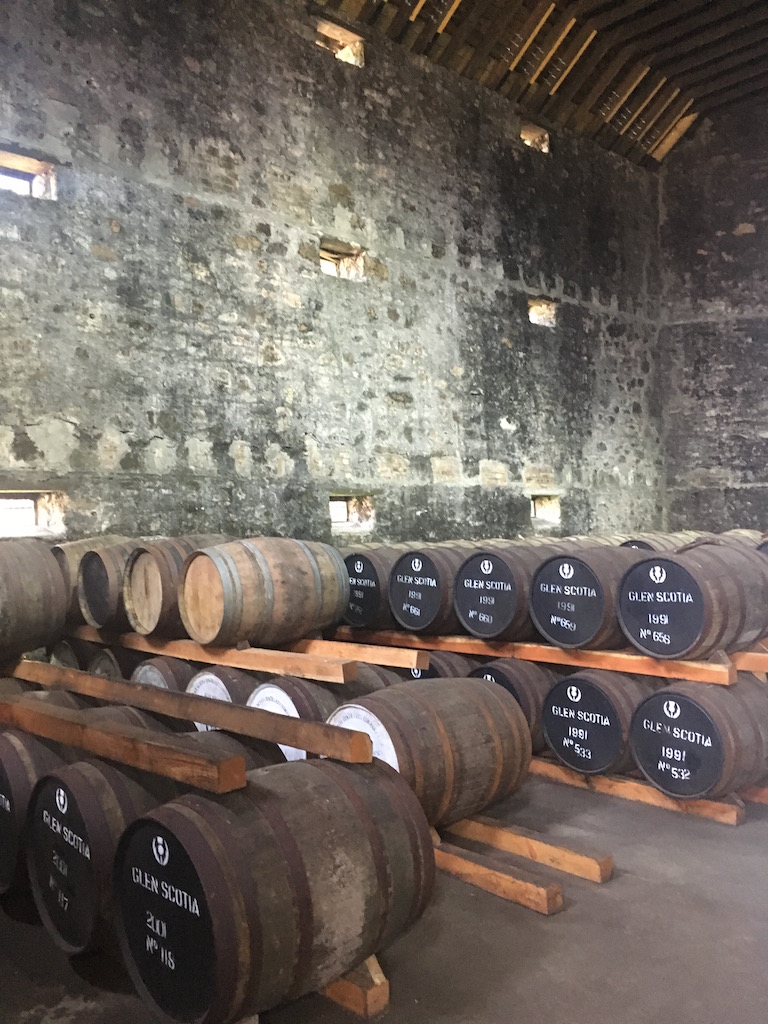 This really highlighted why attending a whisky festival is a must for any enthusiast. Along with the smaller bottling drawn straight from the casks, a special festival release was also available, along with another single cask filled straight to bottle in the distillery’s gift shop. All these drams are extremely limited editions, chosen to highlight the distillery character and variety, and all only available during the festival, meaning they’re sure to become highly collectable, or highly prized, depending on your intentions! 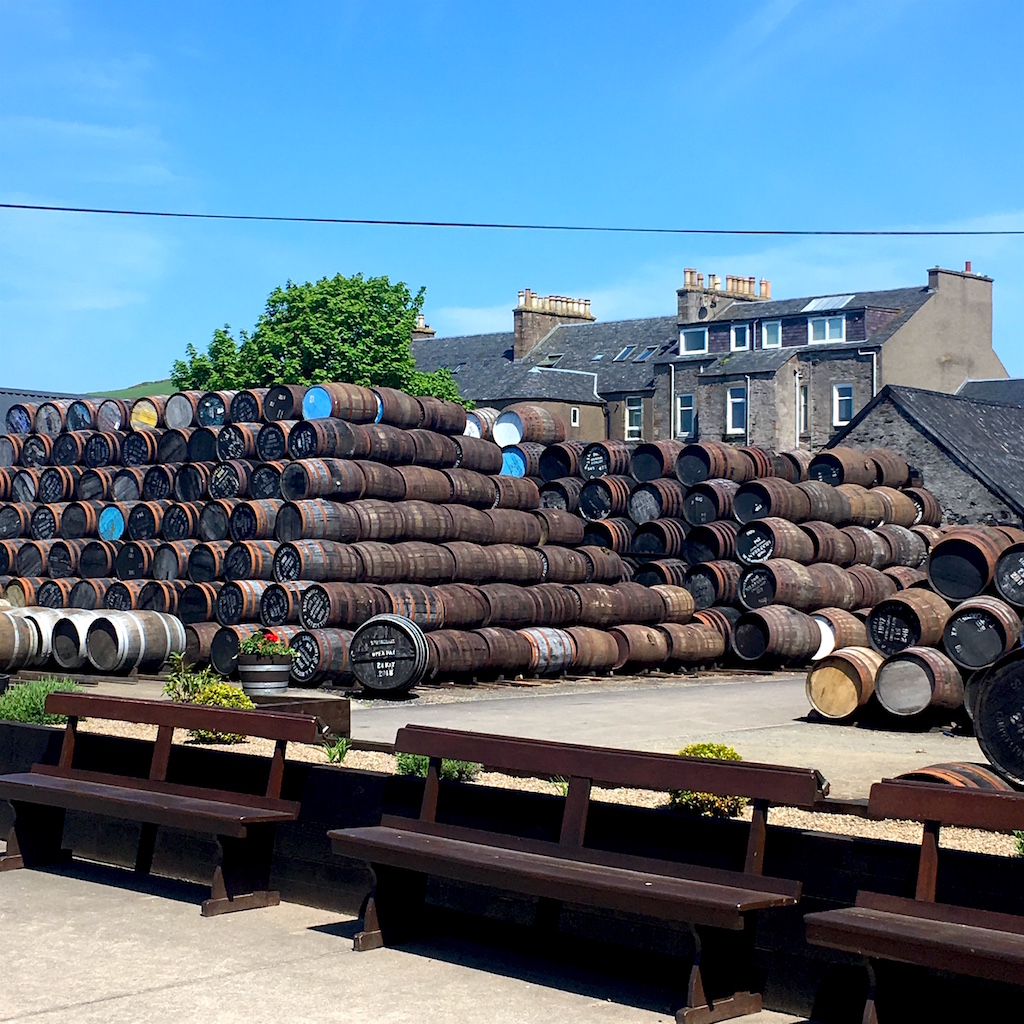 Day one continued with a walking tour of Campbeltown distillery sites old and new, including Benmore’s pagoda topped distillery which is now the local Tesco, a reverential moment within the walls of the former Hazelburn warehouses, and a quick visit to Springbank Distillery (where we returned briefly the following day to explore the cask-filled courtyard and discover what festival specials were on offer). 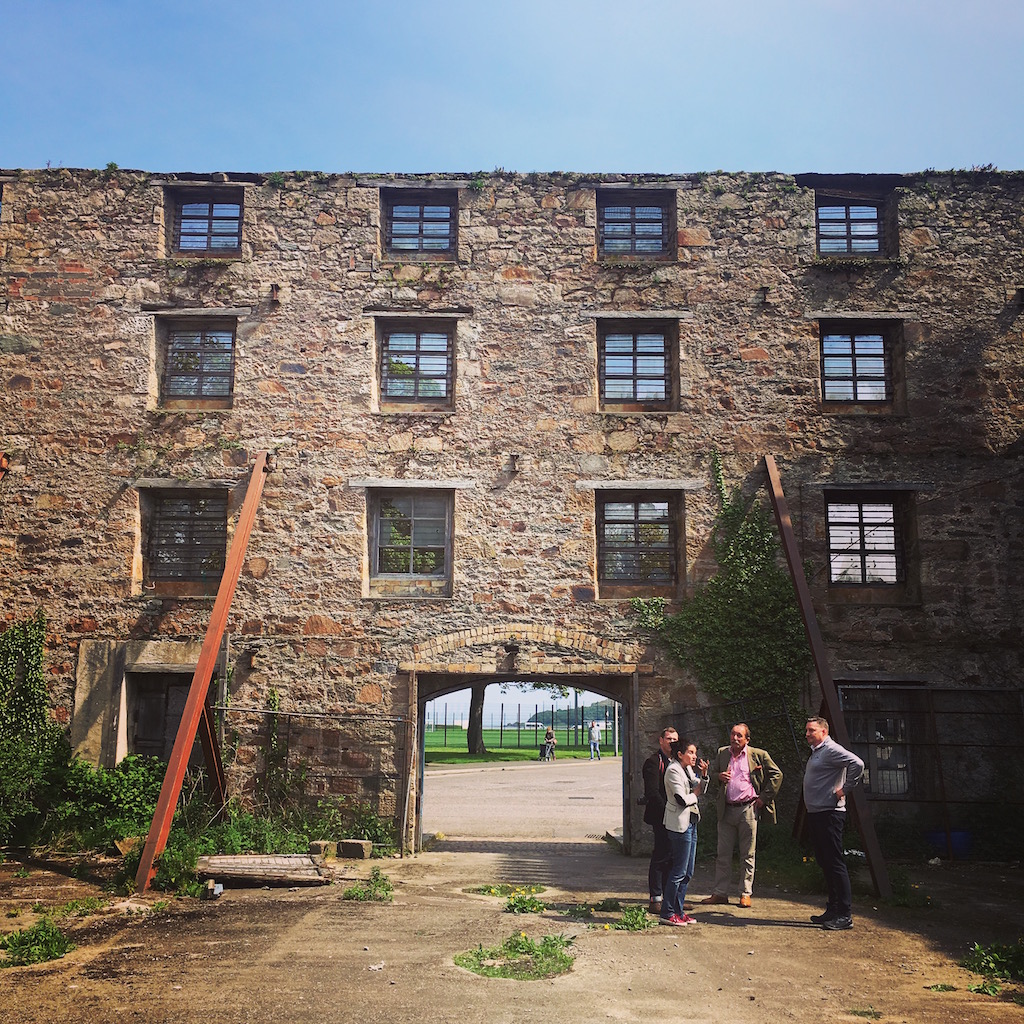 Glen Scotia’s unrivalled hospitality then moved into evening festivities, beginning with a screening to The Angel’s Share, introduced by Charles MacLean and accompanied (of course) by a dram of the 2008 Ruby Port festival bottling. 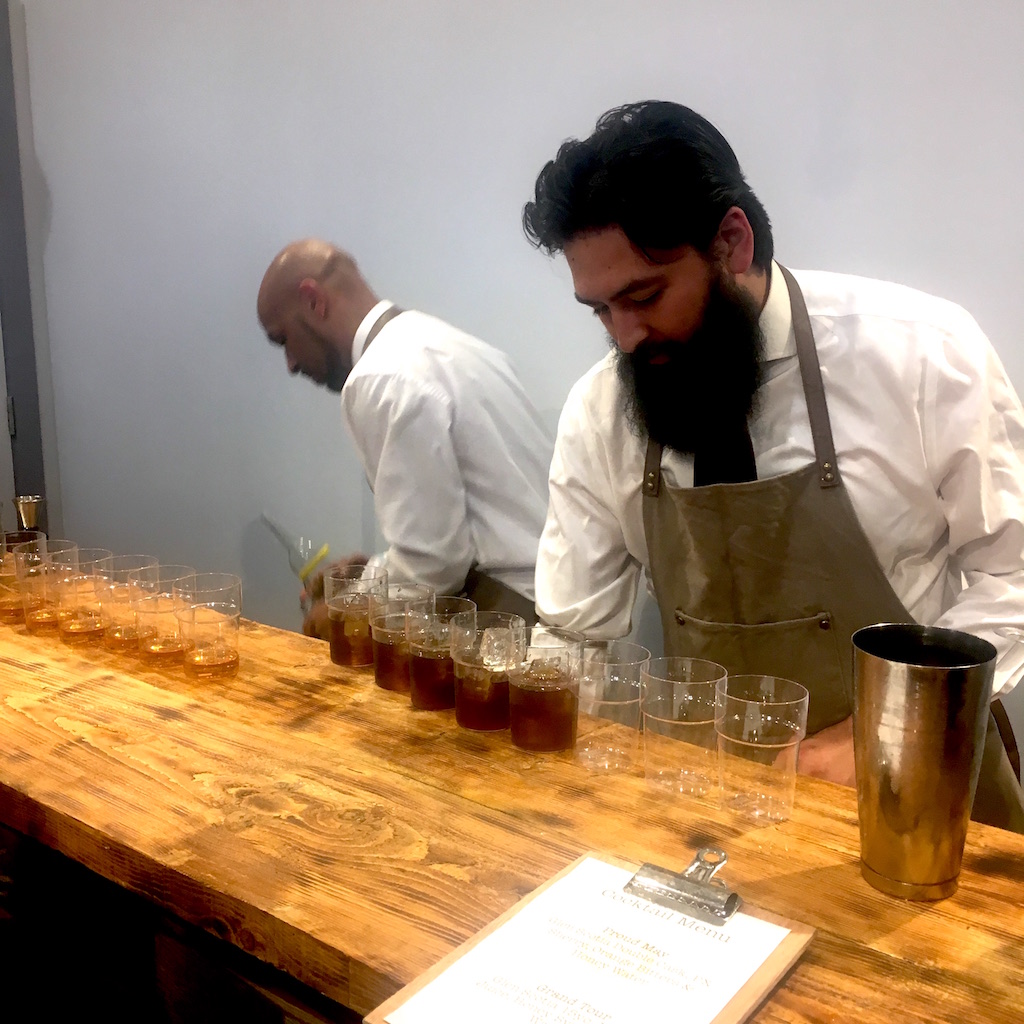 After this came a VIP whisky cocktail reception, followed by a sumptuous three-course dinner. Hosted by Iain McAlister and Charles MacLean, who had paired each dish with an expression from the Glen Scotia range, the meal perfectly served to highlight the key flavours of Glen Scotia malts and the expertise applied during every stage of its creation, from distillation to cask selection. 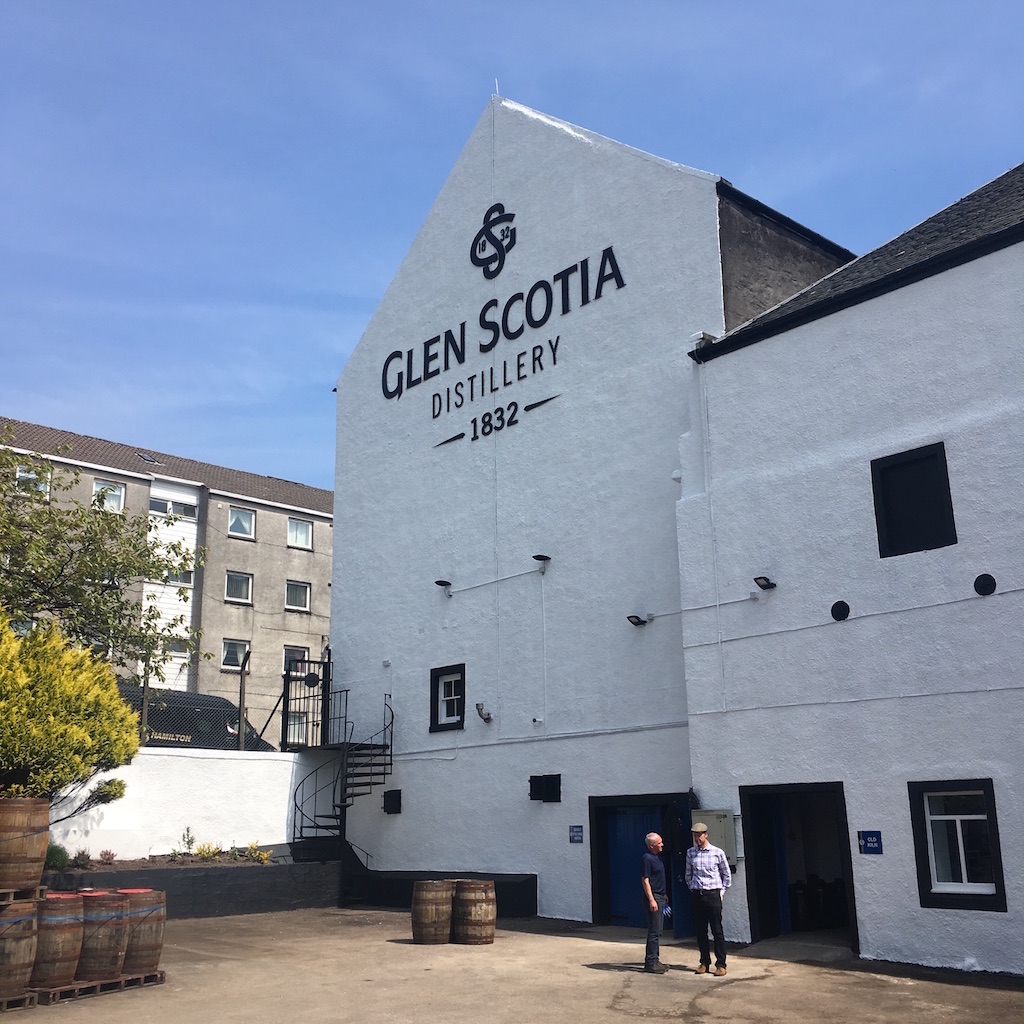 The following day brought with it the Glen Scotia Day itself: a fete of a ceilidh and pipe bands, delicious local food, distillery tours, more whisky cocktails, and drams galore, all enjoyed as the sun blazed overhead.

What really stood out was the increased popularity of whisky as a cocktail component, and how versatile it can be when served with skill. Chatting to one of our companions, Michael Lynch – manager of Edinburgh’s lauded cocktail bar, Bramble, and owner of one of the finest palates in the land – I was surprised to learn that his venue is one of Glen Scotia’s best customers, where the Double Cask is favoured for its balanced profile and easy-drinking versatility. 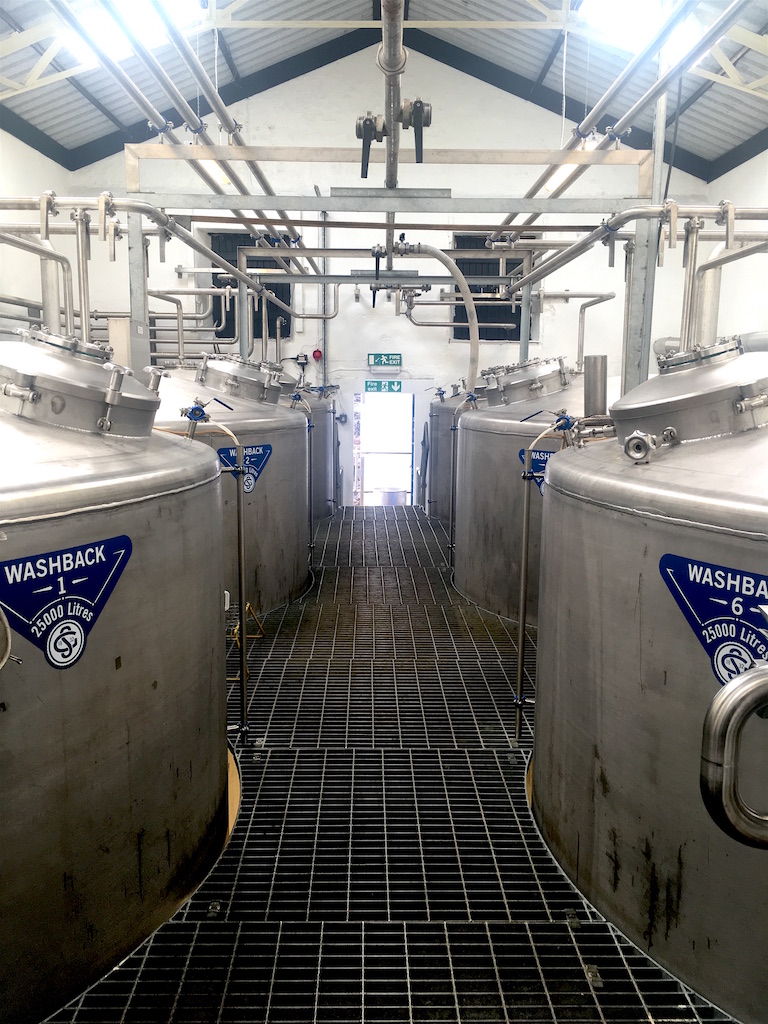 A drive back to Glasgow along the stunning Kintyre peninsula, flanked by white-sand beaches and turquoise seas, then through Inverary and onto the Loch Lomond and Trossachs National Park concluded our trip. It’s without any hesitation that we recommend a visit to Glen Scotia to anybody with an interest in whisky, Scotland, history, or all three – preferably during the Campbeltwon Festival, from which you can hop across to Islay to continue your celebrations. 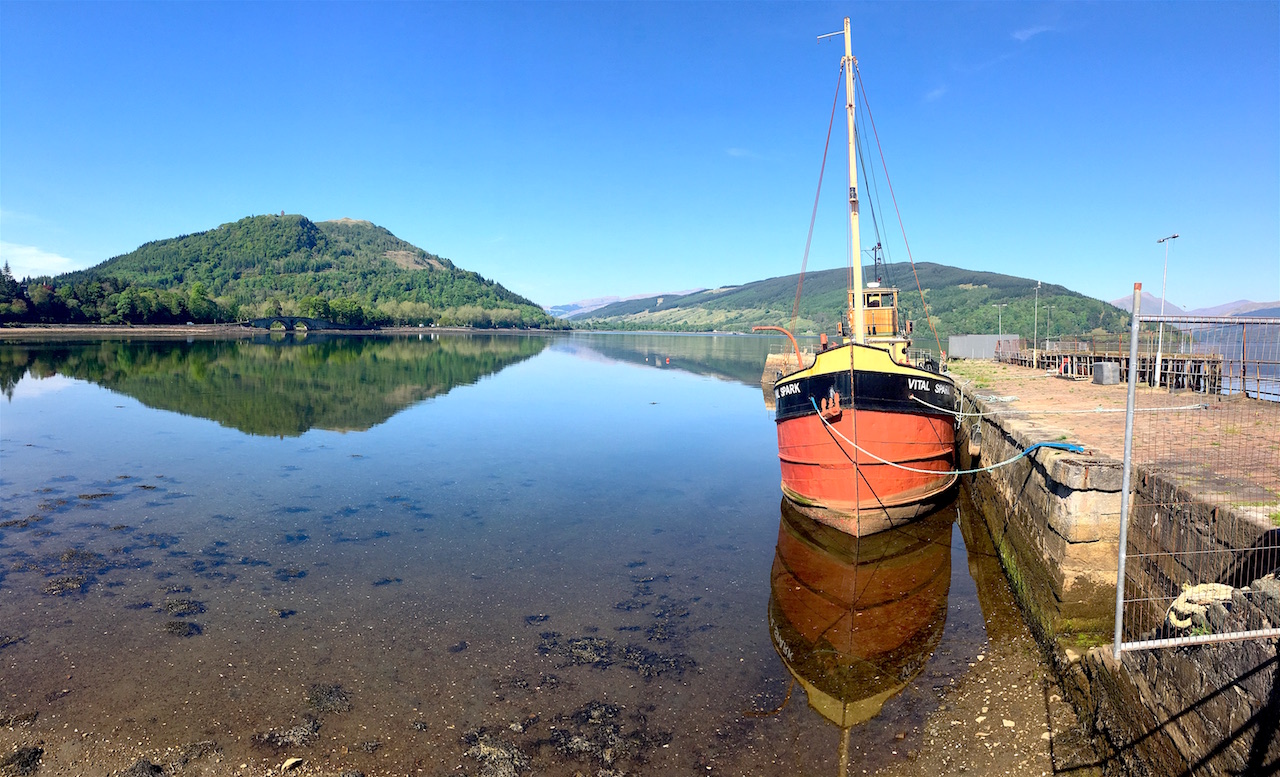 Roll on next year, when we will be eagerly waiting to discover what new expressions Glen Scotia’s amazing team have for us to try!