Next month sees the release of the Balvenie Tun 1509 Batch 3, an event that has been a high holiday in the whisky calendar since the introduction of its predecessor, Tun 1401, in 2004. This special vatting of 31 casks is the creation of the newly styled, David Stewart MBE, Malt Master at the Balvenie Distillery in Dufftown.

Using his expert knowledge of the Balvenie whisky stock and the marrying process, Stewart has hand-picked 12 sherry butts distilled between 1989 and 1992, 11 American oak hogsheads from 1989 and 8 refill American oak butts from 1992 and 1993. Married together in the eponymous Tun 1509 for a period of months in Warehouse 24, the result is a whisky of “rich complexity with elegant oaky notes and dried fruits balanced by mellow cinnamon spices and ginger,” as Stewart describes it. “It also has lovely layers of vanilla oak, rich woody spices, dark fruits and a definite sherry character interspersed with elegant honey.”

Tun 1509 was introduced in 2014 to replace the original Tun 1401, in order to quadruple capacity and keep up with demand for the popular release. Bottles of Tun 1401 were said to be so sought after that some have been sold for five times their original price.

Possessing “those familiar Balvenie characteristics that made previous batches so popular,” this third batch of Tun 1509 is presented non chill-filtered at a strength of 52.2% abv and is limited to just 8,850 bottles.

Balvenie Tun 1509 Batch 3
Sign up here to find out as soon as it's available! 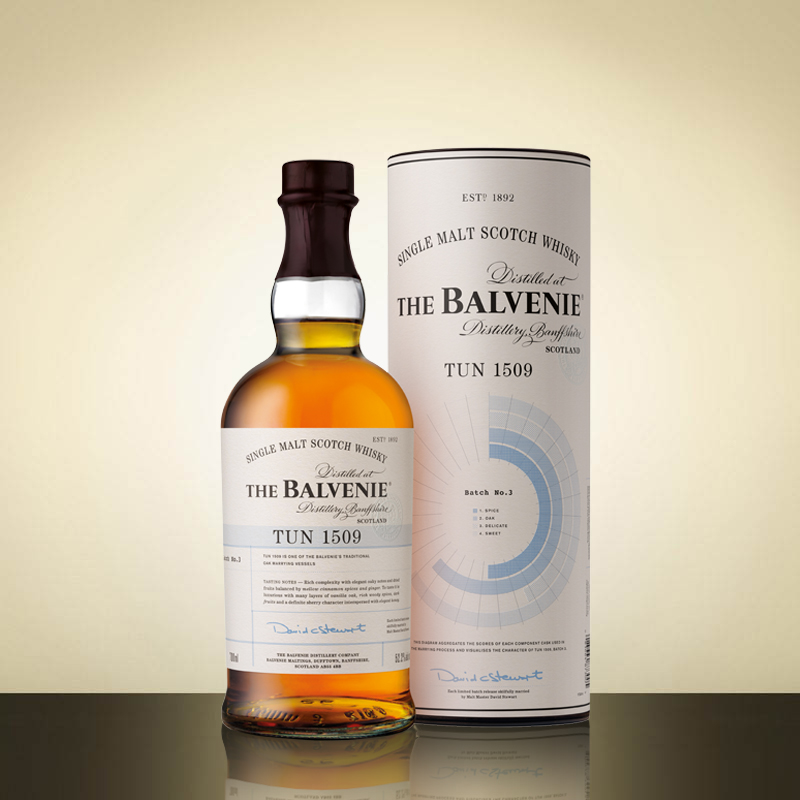