A story like no other, the Balvenie DCS Compendium brings together fifty years of expertise with twenty-five amazing single cask whiskies from the Speyside distillery. Named for Malt Master, David C. Stewart, the DCS Compendium is a unique offering, spread across five years of releases, each chapter delivers five single cask releases alongside a chapter of the companion book. 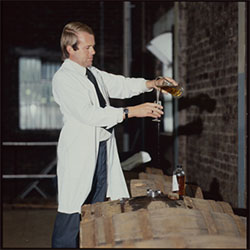 The book itself, a collaboration between David Stewart and Dr Samuel Simmons, promises to be a treasure trove of wisdom from Stewart with chapters covering distillery style, the influence of oak, secrets of the stock model, expecting the unexpected and the Malt Master’s indulgence. Add to that the prospect of more than two dozen single cask expressions of the Balvenie single malt and you have something very special indeed. 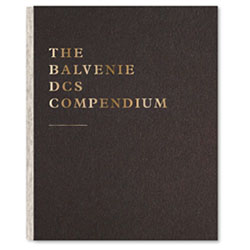 This year sees the release of Chapter Two in the Compendium, bringing with it whiskies ranging in age from fifteen to forty-three years old. Only fifty numbered Chapter Sets of all five whiskies will be released, presented in European oak and brass frames, handmade by Scottish craftsman, Sam Chinnery, while the remaining bottles from each cask will be sold individually. 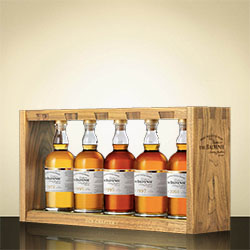 Be the first to know when the Balvenie DCS Chapter 2 is available:

More from the Balvenie