Daft About The Cask

The W Club’s Natalie McLaughlin gives us a peak behind the scenes at Daftmill Distillery ahead of an exclusive single cask release later in the year.

Among the wave of Scotch newcomers, a great deal of hype continues to surround the elusive and enigmatic Daftmill Distillery. From the 13 year wait for its inaugural release in 2018, to the forgotten traditional style of its production, the farm-come-distillery has garnered an almost cult-like following of whisky lovers from around the world. So, when a group of us at The W Club were invited to visit Daftmill and hand-select a single cask earlier this year, we couldn’t quite believe our luck. It’s not every day that the distillery opens up its doors to the public, so we knew that we were in for something quite special.

The Founders of Daftmill Distillery are brothers Francis and Ian Cuthbert, both sixth-generation farmers in the beautiful Howe of Fife. The farm has been in existence for 1,000 years and the Cuthbert family reckon that they’re only the third family to own it within that time. The farm has beef cattle, vegetable plots and plenty of barley – most of which is regularly sold to the Edrington group for the likes of The Macallan and Highland Park. It wasn’t until the new millennium that the idea of keeping some of the barley to make Daftmill’s own whisky became a viable commercial project. In 2003, the Cuthberts converted three of their buildings into a distillery and in 2005, were granted their licence to distil. It was great timing, as the global rise in demand for whisky was about to cause the biggest industry boom in decades. 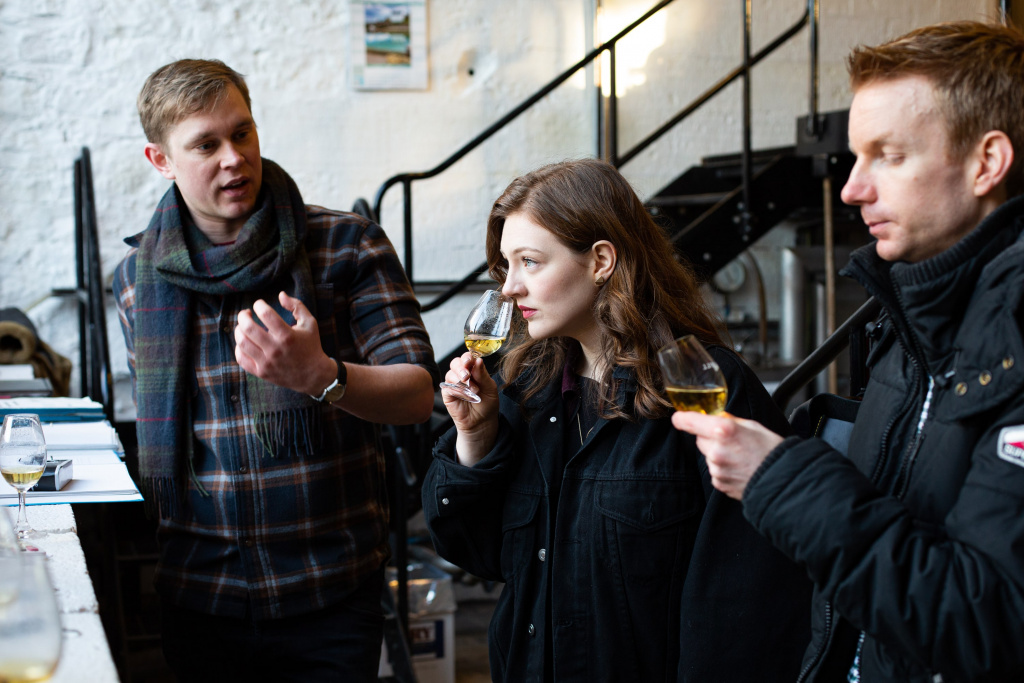 It’s no secret that Daftmill has been a sell-out success with each release, but this isn’t boasted at the farm itself. Upon our arrival at the farm, we’re met by Francis himself, who seems unfazed by the notion of ‘whisky fame’. An amiable and modest man, he answers every question with refreshing ease and honesty. His wife brings us homemade soup to keep us warm as we chat away. Looking around, the first thing that strikes us is the lack of people on-site. Throughout our visit, Francis often nips out to different spots around the farm to tend to its various needs. He operates the whisky production by hand, from milling and mashing, through to fermenting and distilling, and finally filling and bottling. We all agree that we haven’t seen anything like it.

Is it really just a one-man-band?

“It doesn’t really make much difference,” says Francis. “Most of the time I’m catching up on cleaning – I spend a couple of hours in the morning making a mess and spend the rest of the day cleaning it up.” This doesn’t seem unnatural, considering Francis insists that he is a farmer first, and a part-time distiller second. In order to keep in harmony with the farm’s seasonality, whisky production only happens twice a year: once during the quieter winter months and then again in the summer. This is reminiscent of a traditional style of operation used by farm distilleries in Scotland over 200 years ago. Daftmill may not be state-of-the-art, but there’s a certain rare and magical quality here that requires no tweaking. At the same time, it comes as no surprise that the pressure is on for Francis to go bigger.

“Everyone’s wanting more, but [the worry is] whether or not doing more will kill the thing that makes it a little bit special, and then you become like everyone else,” says Francis. “The big factor for us is time. The way I operate is slow and labour-intensive so it doesn’t lend itself to ramping up production. We could work for more of the year, maybe produce a bit more, but [we] don’t want to lose the seasonality. I quite like the fact that it goes on sale, then sells out, so you don’t have releases overlapping and gathering dust on the shelf.”

We chat about the rise of whisky tourism and ask about the possibility of a visitor centre for Daftmill. “Well, my daughter’s always moaning about needing money for her phone,’ Francis jokes. He openly agrees that offering ticketed tours would be easy money, but this doesn’t seem to be a motivating factor for him. In fact, Francis has never bowed to market pressures. Between 2005 and the first bottling in June 2018, Francis was constantly pressed for a release date, to which he would always reply that he simply wasn’t happy enough with it yet. 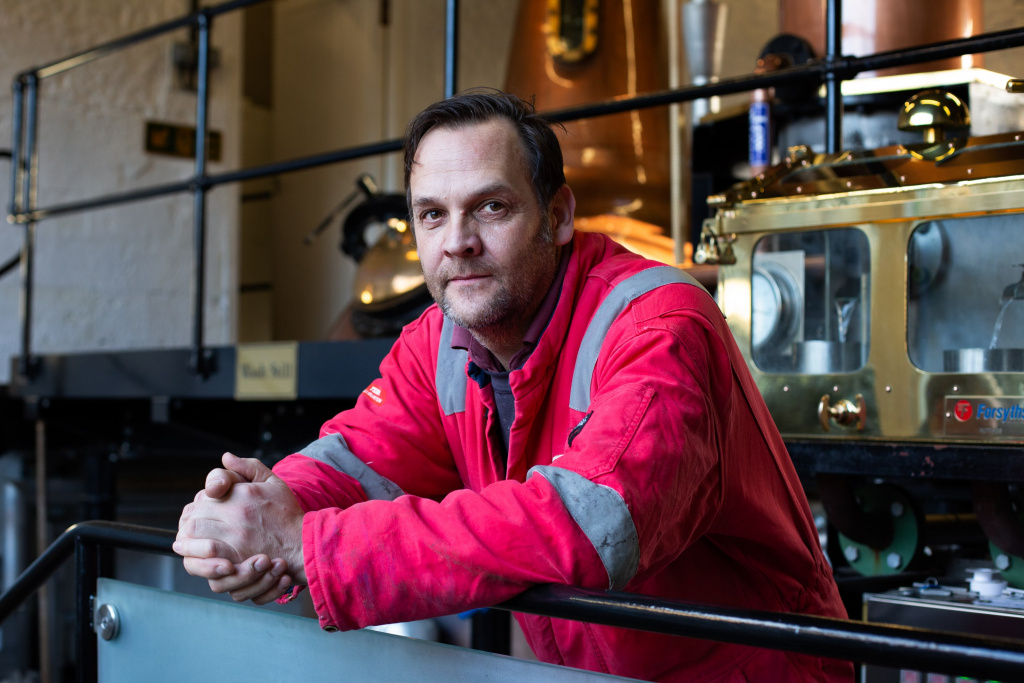 Luckily for us, Francis has plenty of whisky for us in try in his warehouse. We’re handed over the necessary tools: bung puller, valinch, and tasting glasses. He generously offers us a few recommendations, but it seems apparent that nothing is really off limits. As tempting as it was to crack open everything we wanted, we knew we had to have some sort of plan (and willpower).

Finding a cask that represented The W Club prompted some important considerations. We were on the lookout for an all-rounder whisky – one that can be sipped straight but can also hold its own with a splash of water, or, dare we say, a cube of ice! After all, our members are diverse in the way they drink their whisky. With just(!) three hours to spare, it doesn’t take us long to crack open at least a dozen casks. We sample various vintages and a mix of bourbon and oloroso sherry barrels at cask strength – the process has to be meticulous, of course. We manage to narrow our favourites down to four fantastic whiskies – two from 2006, one from 2007, and one from 2008 – that represent Daftmill’s house-style of sweet tropical fruits. 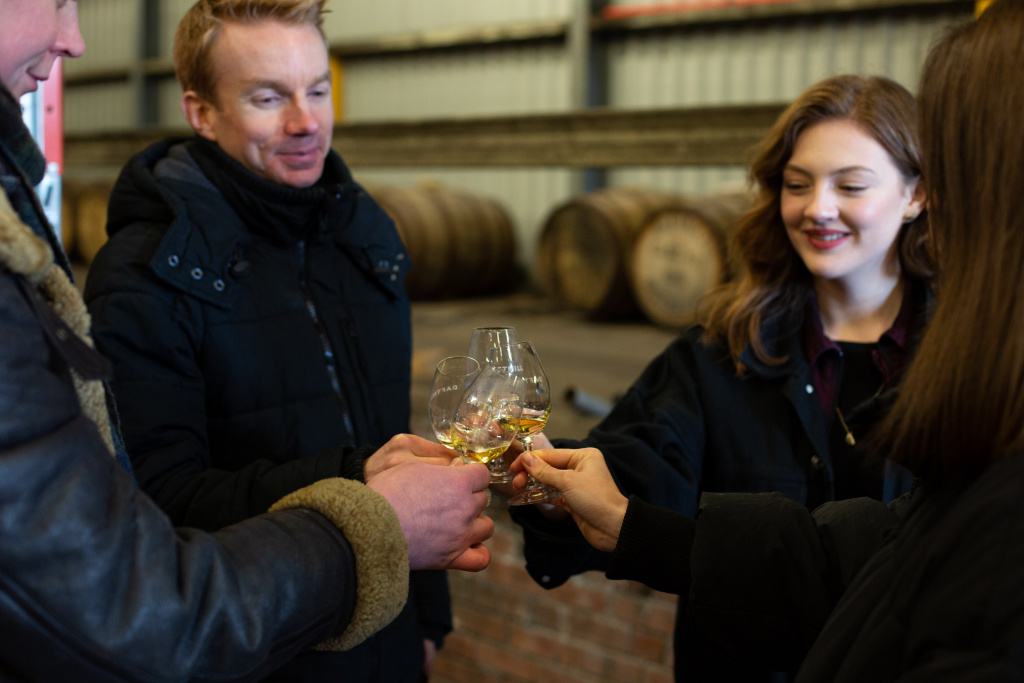 And the winner is…

Now it’s time for the real tests. Each whisky at cask strength has a decent body, but we want a dram that can handle a bit of dilution and still have its character shine through. It’s close – there’s a lot of back and forth – and we choose our winner: cask #35 2006, an ex-Bourbon cask from Heaven Hill. Exhilarated, proud, and a bit numb, it’s time to find Cupar’s finest chippy after a tough day. The hard work is over!

The W Club Daftmill Exclusive will be released later in the year, so keep your eyes peeled for any mailout teasers coming your way. It will be a limited edition bottle, and due to high demand, we will be running a ballot for members of The W Club only; you can sign up to The W Club at www.thewclub.co.uk for just £30 a year. We’re beyond excited to collaborate with Daftmill on this highly exclusive release – we cannot thank Francis and the team enough for one of the best experiences of our whisky journeys so far! 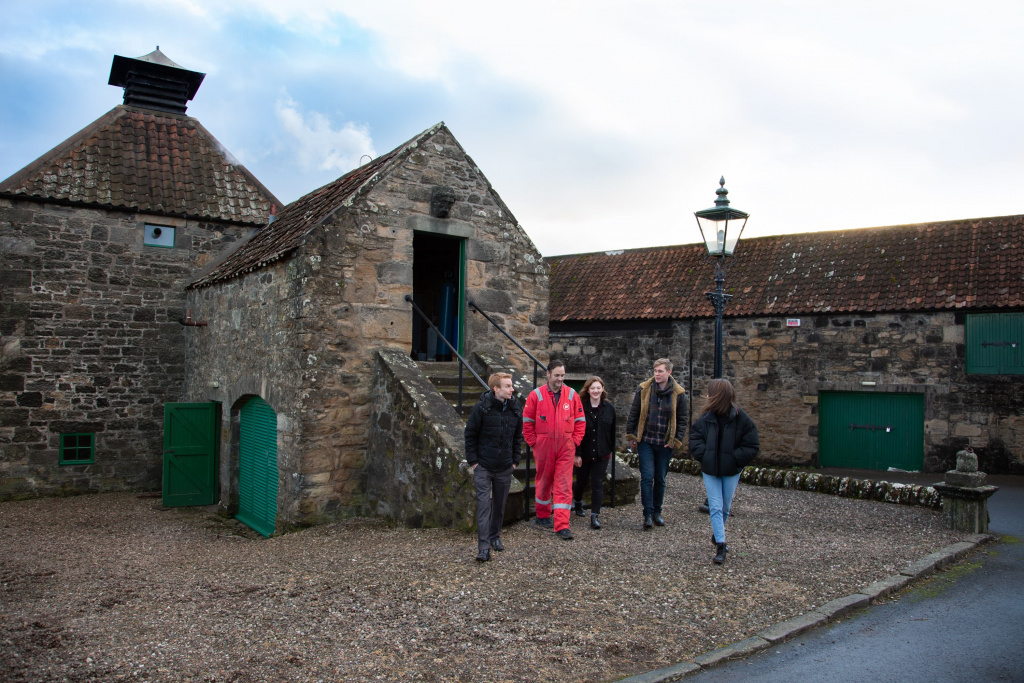 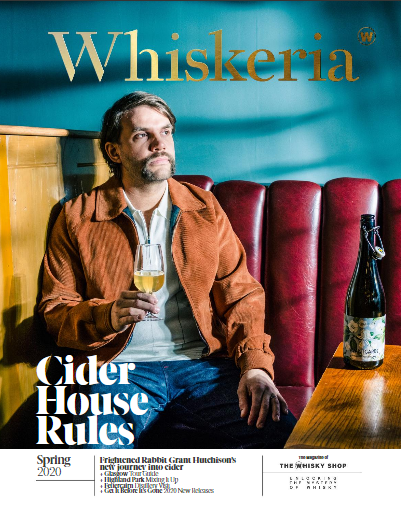 The original feature is our cover story in the Spring 2020 edition of Whiskeria, delivered to the door of W Club subscribers and also free with any Whisky Shop purchase in store or online. Click here to read the full Spring 2020 issue of Whiskeria online for free.