From Oscar-winning films to Emmy-winning series, these characters have the golden touch - maybe it has something to do with the golden dram in their hands.

We're counting down our favourite characters of TV & film and their favourite drams. It seems whether you work on Madison Avenue, in local government or in an international intelligence agency, whisky is an essential accessory. While we don't advocate drinking on the job as many of these characters do, we certainly can't argue with their taste in spirits! 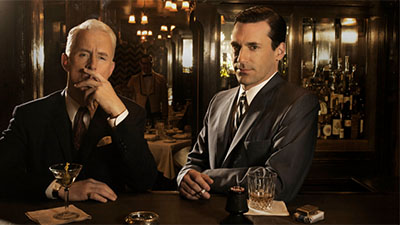 Slick and stylish ad man Don Draper kicks off our list with his signature whisky cocktail, an Old Fashioned. For seven seasons we drank what Don was pouring, whether it was Lucky Strikes’ “it’s toasted” or Kodak’s “Carousel”, but our favourite by far was the Old Fashioned. Although Don’s whisky of choice was Canadian Club, whenever he drank for pleasure (as opposed to work), the classic rye-based cocktail was on the menu. 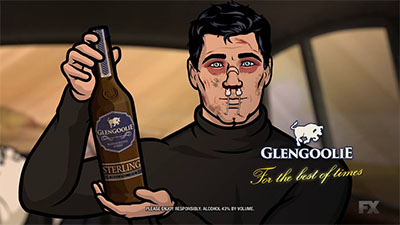 This entry is certainly unique, being both fictional and illustrated. Archer, the 60s inspired spy series from Adam Reed, introduced the world to Glengoolie Blue, a rare and expensive Scotch Whisky, when the eponymous Sterling Archer drank a bottle gifted to accountant Cyril Figgis’ grandfather by Peter Lawford of the Rat Pack. Seemingly an amalgamation of Glenfiddich and Johnnie Walker Blue Label, we don’t stock Glengoolie at The Whisky Shop, but you can upgrade any cheap Scotch with these stylish labels via Etsy. 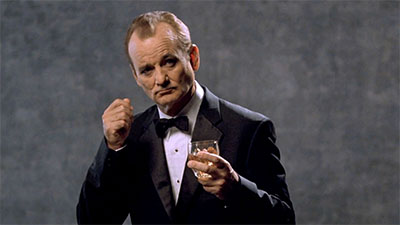 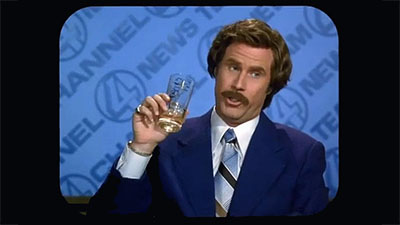 “I love Scotch! Scotchy, Scotch, Scotch! Here it goes down, down into my belly!” sings the legendary 1970s Anchorman played by Will Ferrell. Ron Burgundy’s Great Odin’s Raven Blended Scotch is the second fictional dram on our list although this one crashed through the fourth wall when it was released as a promotional tie-in to the much-awaited sequel to the 2004 classic. 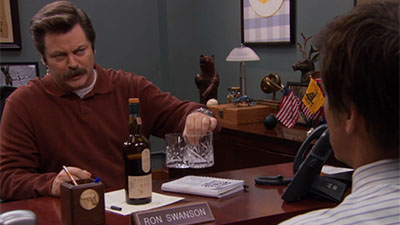 Topping our list is Pawnee Indiana’s very own Parks Department Director. Beloved for his disdain for Government and modernity, Swanson’s favourite drink is obviously Lagavulin 16 year old. Not only has the character been very vocal about the fact, but the man behind the moustache, Nick Offerman, has been decidedly silent, recently creating a 45 minute long video for Lagavulin that consists purely of Offerman sitting by the fireside savouring a dram of the Islay Single Malt Scotch.

Got a taste for it?

AUTHOR
Joseph Pettigrew
Joe joined The Whisky Shop team in 2016 fresh from a career in academic research. With a PhD in Mathematics and a background in web design and development, Joe makes sure customers are at the heart of our digital projects.