This is the second batch of the third edition in Glenfiddich’s Experimental Series, begun in September 2016 with IPA and Project XX. 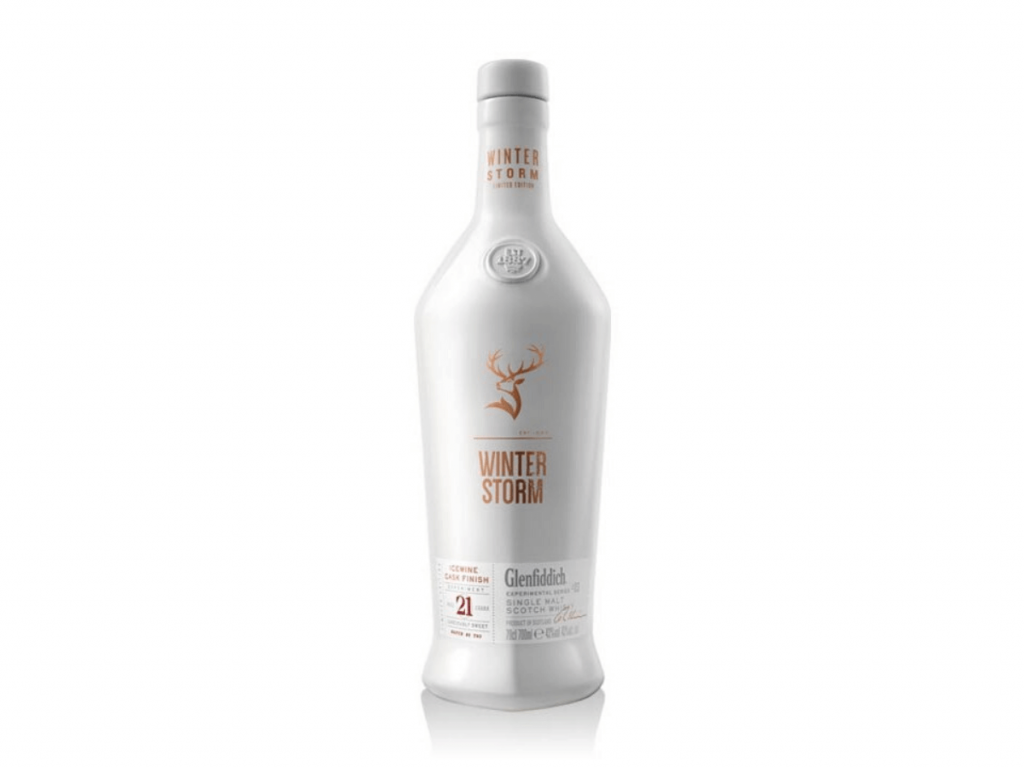 The series is the brain-child of the distillery’s talented Malt Master, Brian Kinsman, and attempts to “push the boundaries of Scotch whisky through exploring various factors which affect flavour” within the constraints set by the Scotch Whisky Regulations 2009. This is a bold challenge in a time when several whisky companies are claiming that the tight definition of Scotch whisky - the most heavily regulated spirit in the world – should be expanded to allow for innovation. But the series demonstrates that it can be done.

The inspiration for Winter Storm was a visit Brian made to the Peller Estate winery in Niagara, Canada, during January 2016, where he was struck by the opulent sweetness of their late-harvested ice wine, made from grapes picked when they were frozen on the vine, thus concentrating their sugar content. He went on to experiment with finishing mature Glenfiddich at various ages in ex-ice wine French oak casks for up to six months.

The result, he writes, was that “only the rarer whiskies, those aged for 21 years, could cope with the extra ice wine intensity. Having more tannins, extracted from years in oak, these malts brought out a uniquely fresh lychee note instead of being swamped by sweetness”.

The Vice-president of Winemaking at Peller Estate, Craig Macdonald, commented:

“We go to extreme lengths to produce our intensely sweet ice wines and are always looking for ways to push the boundaries of taste, so I was intrigued to see how it could be used to create a new unexpected whisky.

“The resulting liquid is a unique combination of the warming soul of whisky and the frozen cold of ice wine.”

The recommended ‘perfect serve’ for Glenfiddich Winter Storm is as follows:
Use a glass which has been chilled in the freezer (it helps if you dip it in water first). Add your preferred measure of Winter Storm. Add a couple of frozen grapes and leave them to thaw gently in the whisky. When you’ve finished the drink, eat the grapes to enjoy a satisfying sweet crunch of crisp fruit, steeped in the flavours Glenfiddich.

Try this as an accompaniment to dessert. It works brilliantly!

Full gold in colour, with amber lights. The aroma is modest to start, gradually opening to reveal tropical fruits (lychees, pineapple), with a suggestion of almonds and a hint of candle wax.

The taste is sweet yet crisp – lychees (again), candied tangerine, Turkish Delight (rosewater) – drying gently in the short finish. A drop of water reduces the sweetness, softens the texture and enhances the rosewater.