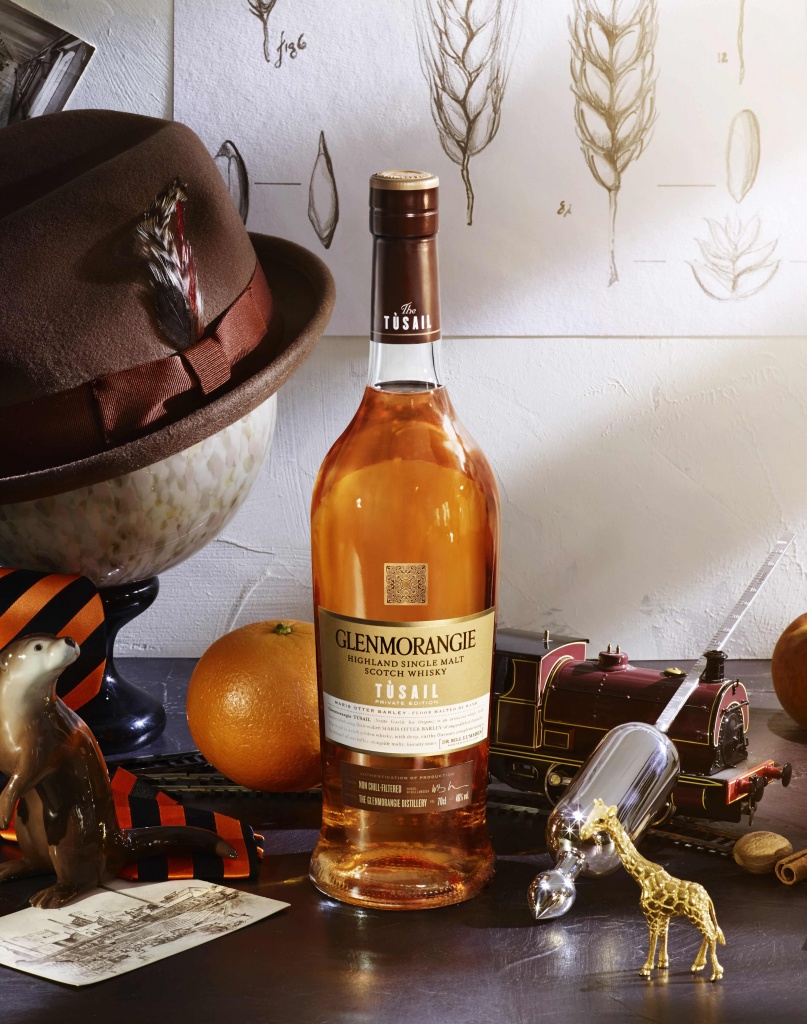 The reason behind this hype, is that the Glenmorangie Tusail is crafted using a rare type of barely called Maris Otter. Maris Otter was widely used for craft brewing half a century ago, however it fell out of fashion when the barley was overly cross-pollinated. However, two British seed merchants have made it their mission to prevent Maris Otter barley from becoming extinct.

Fast forward to the the present and Dr Bill Lumsden, Glenmorangie’s director of whisky creation and Heston Blumenthal of the whisky world has been experimenting with the rare barley and the result is exceptional.

Speaking of the barley, Dr Lumsden said: “When we heard the story of those determined to preserve such a flavoursome grain, their ethos – and the barley itself – seemed the perfect match for a Glenmorangie single malt”.

Describing how the barley has helped create Glenmorangie Tusail “I knew its deep flavour profile would provide an intriguing contrast to Glenmorangie’s more delicate house style, creating a whisky to enchant connoisseurs.”

Glenmorangie Tusail is described by Dr Lumsden as being a “rich and rustic” highland single malt full of sweet, toffee, barley, ginger and cinnamon, whilst still remaining true to the fruity characteristics commonly expressed with Glenmorangie whiskies.

So what did we think of Glenmorangie’s latest Private Edition single malt?

Nose: Like its appearance, Tusail, is light and sweet on the nose with lovely waves of fresh barley and fruit.

Palate: The sweetness continues on the palate exploding with rich toffee, barley sugar, caramel, malty biscuit and cinnamon. The overall all taste is wonderfully rich and satisfyingly clean.

Glenmorangie Tusail is an exquisite creation and one that is every bit worthy of the buzz and hype that has surrounded its release.