As Lagavulin celebrates its 200th year, Dom recalls a momentous trip to the distillery...

I’m not saying the boat’s captain was shaken and stirred by our arrival in to the little bay at Lagavulin, but after a rocky few minutes trying to steer the boat through two narrow posts, and with the bottom scraping across rocks, there was a clue in the huge glass of Lagavulin 16 Year Old he knocked back as soon as we were moored up.

There’s nothing quite like arriving on Islay from the sea, but mooring at Lagavulin is not for the faint-hearted. The bay is shallow and notoriously choppy, with hidden currents below its surface. We will twice need to re-moor during the night to avoid crashing on to the jagged rocks beneath the distillery’s white walls.

Lagavulin sits in the middle of Islay’s peaty holy trinity of whiskies, flanked by Ardbeg and Laphroaig. We approach it by passing Ardbeg, with its famous white walls and distillery name prominent from the sea, and the excitement is palpable as we finally arrive and head up to Lagavulin Distillery.

The distillery is owned by Diageo and is a mid-sized operation producing a little under two and a half million litres of spirit a year. But, like the other two distilleries on this stretch of coastline, it has managed to maintain its quaint charm.

We were here as part of Diageo’s Classic Malts Cruise, which the corporation used to run each summer. Staged off the West Coast of Scotland, the cruise comprised of three legs: from Oban on the mainland, to Talisker on Skye; from Talisker to Lagavulin or Caol Ila on Islay; and from Islay back to Oban. Boats could sign up for all or any of the three stages and would make their way to the next destination by a set day, where there would be a party or ceilidh to bid farewell to those leaving the cruise or to welcome new additions.

It doesn’t take long to tour the distillery as it is compact and tidy, but its production facility is made up of stainless steel full lauter tun, 10 wash backs and four stills. Although there is a small amount of warehouse space, most Diageo malt is matured on the mainland.

The range of whisky on offer is very small, too, which is why this year’s initial 200th anniversary bottling – a limited edition 8 Year Old Lagavulin – is so special. In recent years there has also been a steady release of diverse flavoured 12 year old whiskies.

Our visit ends with a stunning ceilidh within the distillery. Pictures from the classic malts cruise are beamed onto the distillery’s white walls, singers from the Gaelic mod festival entertain us, and we are treated to some of Scotland’s finest seafood and barbecued meat.

It’s an unforgettable experience and there is only one whisky fit for such an amazing evening, and it’s this week’s choice: Lagavulin 16 Year Old 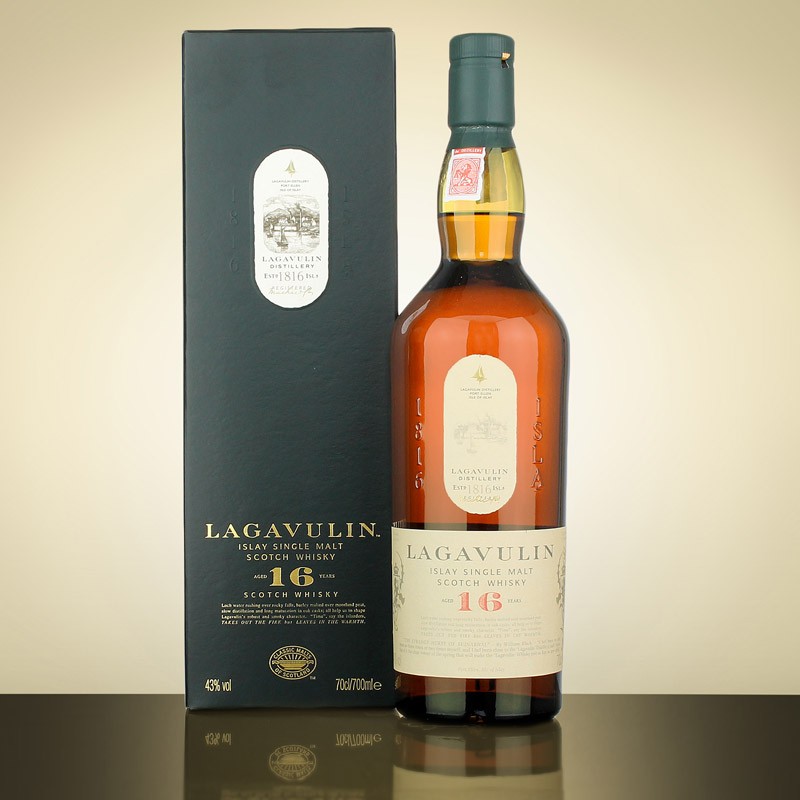 A punchy, peaty complex nose with vanilla, red berry fruits, sherry and iodine all in the mix. The palate is rich, fruity and very peaty, with raisins, red berries and some chocolate notes amid the smoke and brine. The finish is long, full, spicy and smoky. A true classic whisky.