Wow, can you believe we’re celebrating a new year already. Well, this isn’t really a new year in the sense that we know it. It’s Chinese New Year – specifically looking at the Chinese lunisolar calendar.

Wow, can you believe we’re celebrating a new year already. Well, this isn’t really a new year in the sense that we know it. It’s Chinese New Year – specifically looking at the Chinese lunisolar calendar. 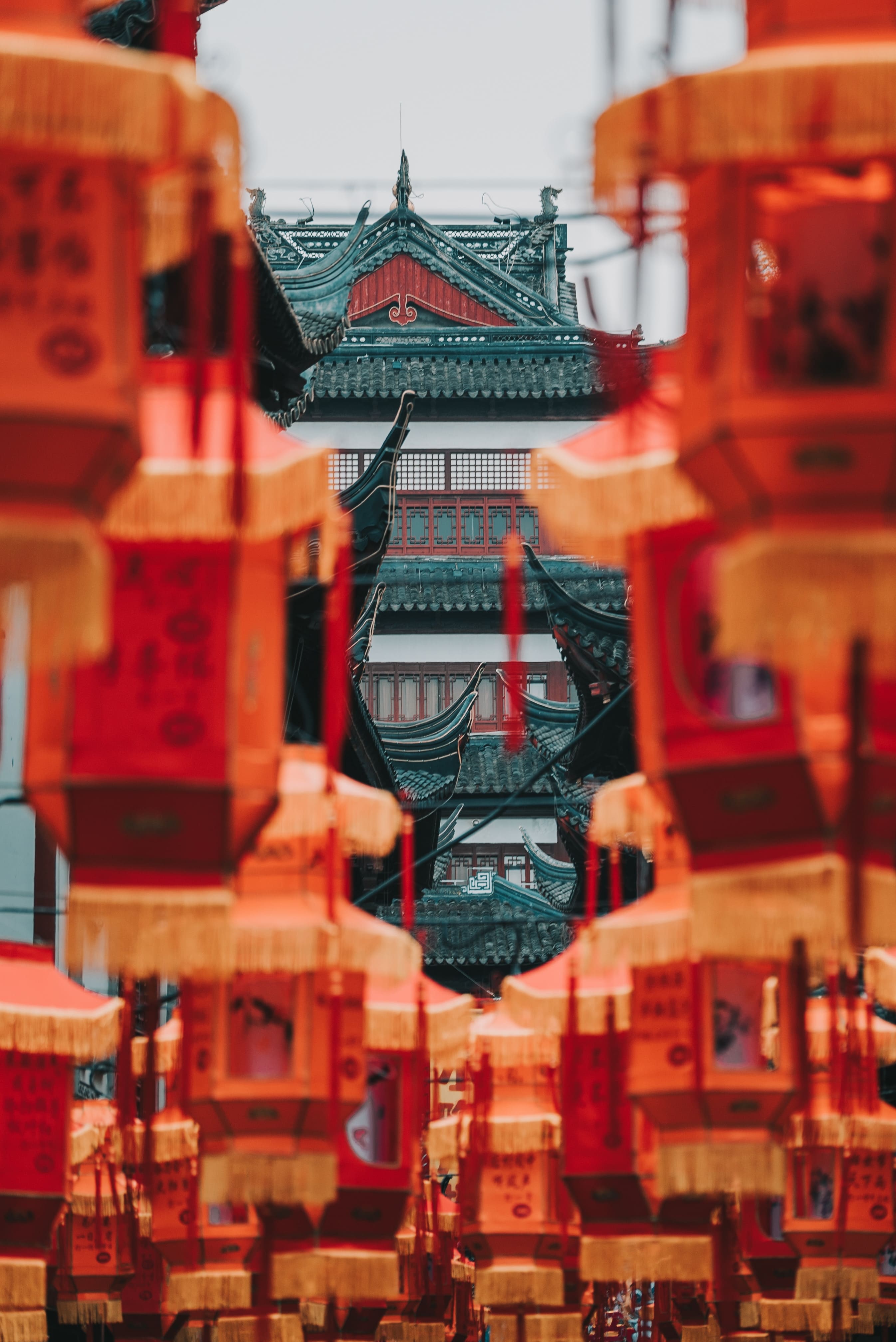 The Chinese adopted the Gregorian calendar (the calendar we use) in 1912, but they still observe traditional holidays using the lunisolar calendar. This is why Chinese New Year is still celebrated later than the traditional New Year. Observing the lunisolar calendar also means that the date varies annually in accordance to the movement of the moon and the time of the solar year.

Chinese New Year takes place in winter and is known in China as chunjie (春节), or the Spring Festival. This is because the festival marks the end of the coldest days which leads to spring with people welcoming fresh starts and new beginnings.

Let’s look into the history and traditions of the spectacular celebration of Chinese New Year. 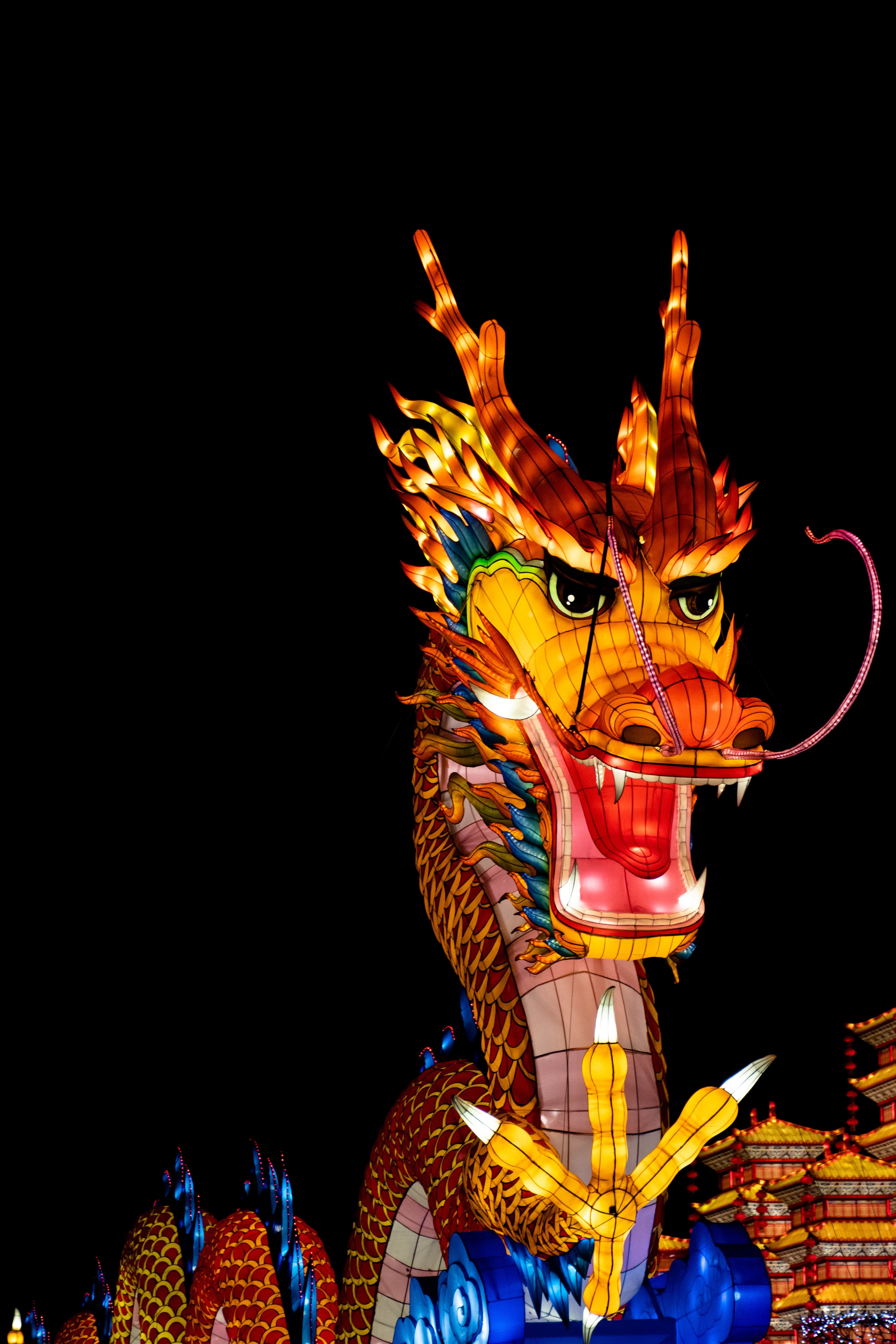 As with all traditional Chinese festivals, Chinese New Year is strongly linked to ancient stories and myths. One of the most popular and most followed myths stems from the beast, Nian. Nian came on the eve of every new year to feed on the people’s livestock and crops. This myth came about in ancient times when agriculture was the way of life. To prevent Nian from eating the crops and livestock people started leaving food outside for Nian to feast on.

According to the myth, a wise man discovered that Nian was scared of loud noises and the colour red. This is why homes are traditionally decorated red and firecrackers are such a large part of Chinese New Year Celebrations.

The festivities run for two weeks, this year from 4th February through to 19th February. 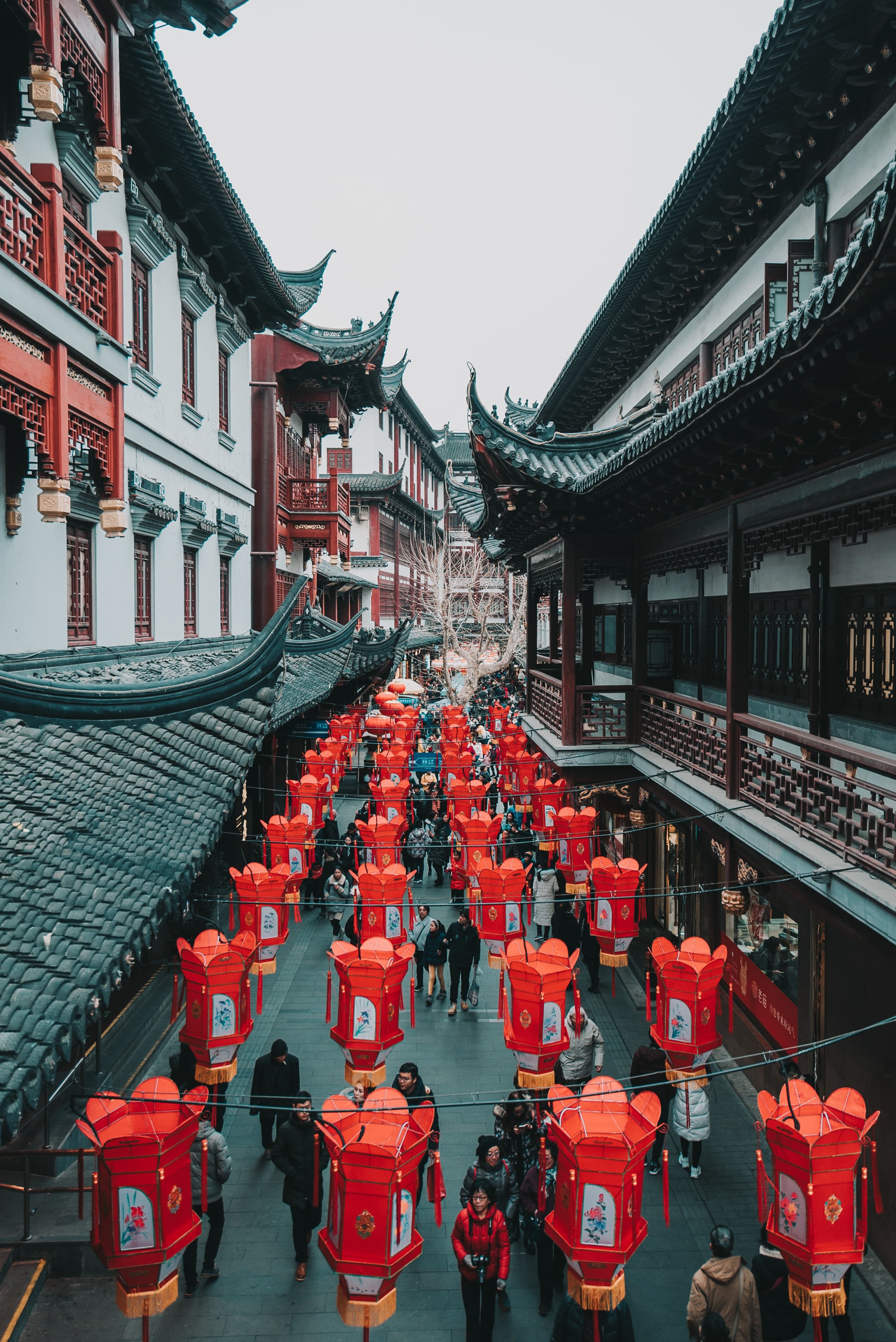 With Chinese New Year being a two-week festival there are a lot of traditions and rituals involved. Just before Chinese New Year people undertake a ‘winter-cleaning’ which represents saying goodbye to the previous year and welcoming the new. This tradition is called ‘sweeping away the dust’.

Chinese New Year in China is much like Christmas in the West – a boom time for shopping. People will go out and buy food, snacks, decorations and clothes for the occasion.

On New Years Eve families will traditionally hold large feasts will the whole family attending. Around this time there is a huge amount of stress with travel as people getting to their families for the festivities make it the world’s largest migration. This is called chunyun (春运), or Spring Migration.

Many choose to worship and pay respect to their ancestors before the reunion dinner offering of meat, wine, joss sticks and joss paper in front of a shrine or grave.

Giving red envelopes with money to children is a huge part of the tradition of New Years Eve and this usually takes place after the meal. The money in red envelopes is given to bring good luck for the year ahead. Employers are also known to give their staff red envelopes before they leave to celebrate the festival.

As soon as the bells go to mark the start of the new year fireworks and firecrackers fill the sky and the streets. In rural China fireworks are often set off before dinner every day from New Year’s Eve though to Day 3 of the new year.

On the second day of Chinese New Year it is tradition for married daughters to visit their parents’ home bearing gifts and red envelopes. This is also the day that people offer sacrifices to the God of Wealth to hope for a luckier and more prosperous year.

The third to the seventh day of the New Year are spent visiting other relatives and friends as well as the graves of relatives who are no longer with them.

The first house-sweep of the new year takes place from the third day onwards as cleaning on the first and second day is believed to sweep or wash away all the good luck for the new year ahead symbolised by the remains of firecrackers, confetti, red paper and wrappers.

Yuan Xiao (元宵节—yuán xiāo jié), or Lantern Festival marks the end of the festivities. After the lantern festival the taboos of Chinese New Year are no longer in place and the decorations are taken down.

The lantern festival began with Emperor Han Mingdi in the Eastern Han Dynasty (25-220 AD). Emperor Mingdi was a practitioner of Buddhism and he learned that monks lit lanterns in the temples to show respect to Buddha on the fifteenth day of the first lunar month. From then on he ordered that all the temples, households, and royal palaces should light lanterns on that evening – this was the start if the lantern festival. 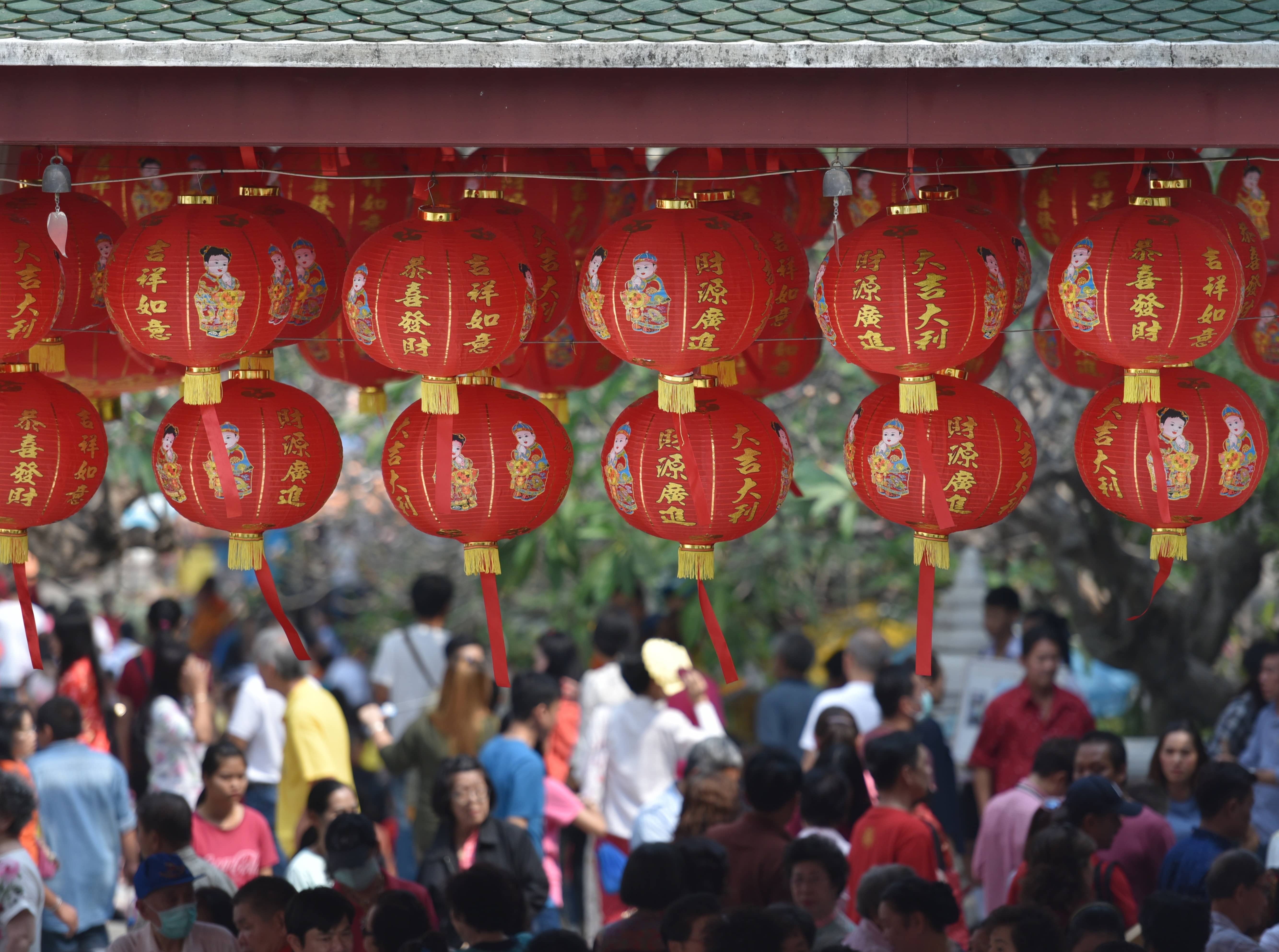 As with western holidays such as Christmas and the New Year we observe, alcohol, particularly wine, is an important part of the festivities.

If you’re celebrating this week or at the weekend, make sure you get a fantastic bottle to mark the occasion. Take a look at our Chinese New Year picks below. 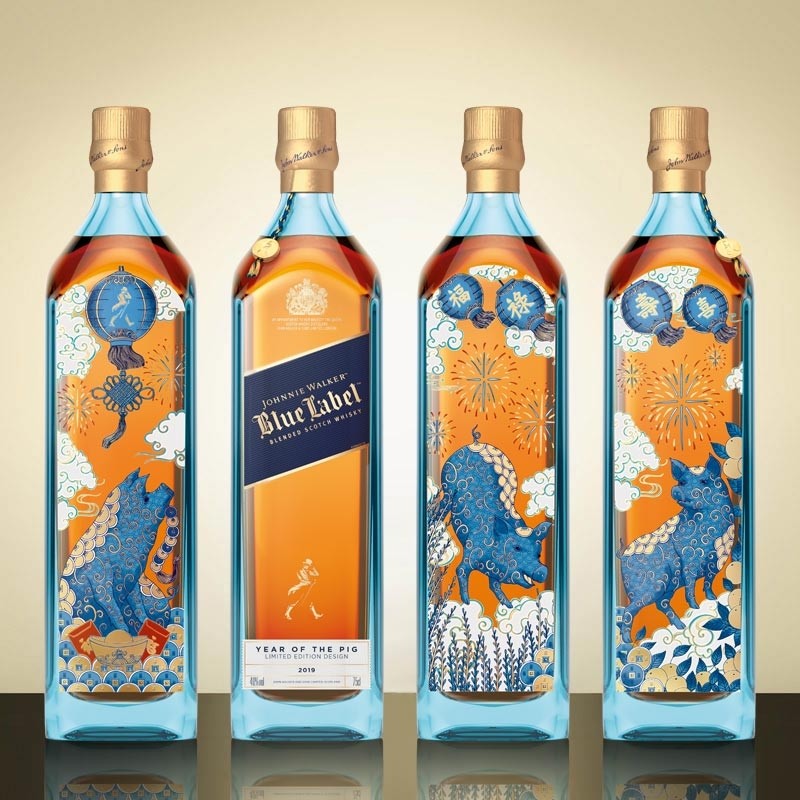