We’re right in the middle of the 2019 Guinness Six Nations and we recently caught up with Edinburgh and Scotland back-row, and recent Scotland Captain, John Barclay, to find out what it takes to become a rugby legend. 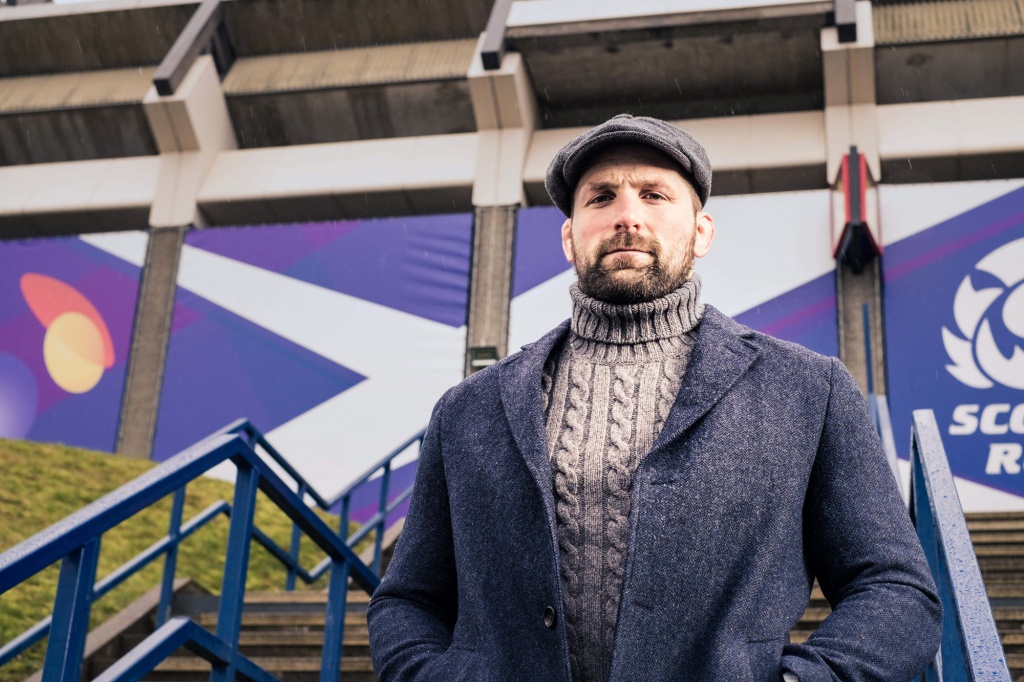 You’re at an amazing point in your career, joining the Edinburgh side after claiming Scotland’s Six Nations win over England last season as team captain, lifting the Calcutta Cup for the first time in a decade. How did that feel?

Lifting the Calcutta Cup was one of the proudest days in my Rugby career. The rivalry between Scotland and England is historic and fans and players feel the emotion.

How did you get into Rugby?

I began playing rugby in Hong Kong, with the backdrop of the Hong Kong Stadium where the Hong Kong Sevens is played each year. My Dad helped coach the minis so it was only a matter of time before I joined in.

Was playing for the national team always an ambition for you?

At a young age, and certainly growing up at school, the prospect of playing for your country seemed more of a pipe-dream. But playing rugby for Scotland became a real ambition of mine once I embarked on my professional rugby career.

What age did you start playing, and when did you decide to pursue it professionally?

I began playing rugby at the age of five and went professional when I left school at the age of 17. I decided to delay going to university, as I had changed my mind about studying law. A while later, I attempted to get in to study medicine through clearing, but it was too late, so I delayed it for a further year. Fast forward 15 years and it’s still on hold!

Tell us about your time playing in New Zealand on a scholarship – was it hard at such a young age?

The Macphail Scholarship was great for me. I had been thrust into the Scotland squad at the age of 18 and there was a lot of pressure on me, whether I wanted it or not. Very quickly I began to not enjoy my rugby and became jealous of my friends enjoying their years at university. My form deteriorated as I attempted to transition from schoolboy rugby to adult rugby; going to New Zealand on the Macphail Scholarship was an escape and allowed me to remember why I enjoyed playing in the first place.

Scottish rugby seems to be rapidly gaining in popularity over the last few years, with Glasgow and Edinburgh both attracting bigger audiences. Why do you think that is?

The popularity and quality of performance and success are directly related in my opinion. Both pro teams have taken strides in recent years, and the quality and professionalism of the squads at Edinburgh and Glasgow has allowed this to happen.

Was it difficult to leave Scotland when you moved to Wales?

Yes and no. No in the fact that there were no opportunities for me in Scotland at the time, and yes in the way that I had firm friends and was settled in Scotland. I felt that moving to Wales was the best thing for my career at the time, and I learned an extraordinary amount about myself and about my rugby.

Apart from the obvious, how does it differ between playing at club and international level? Are there different emotions involved when you’re representing your country?

Everything at international level is intensified. Bigger
crowds, bigger emotion and the game itself is played at a ridiculous pace and
intensity now.

Looking back, what’s your absolute favourite moment from your rugby career?

My favourite moment has to be winning the Guinness PRO12 (now PRO14) with my old club, Scarlets. It was the culmination of years of hard work with some great men.

Have there ever been any moments of self-doubt?

Plenty! The older you get however, you learn that you cannot be everything to everyone, and you learn to accept that. Once you acknowledge that, then you can concentrate on your strengths and on the qualities that contributed to your selection in the first place. Don’t try to be a player or a person that you’re not.

You’ve done some pundit work lately – do you see a future in that post-playing? What about the coaching side of things after retirement?

Life after rugby is still up for debate. I have enjoyed the media side of the game, much to the amusement of my fellow players. Coaching is something that interests me also. Time will tell.

Do you encourage your sons to play mini rugby?

I would love my kids to play sport. Whether that’s rugby or not is up to them. Sport, and not just rugby, affords you many opportunities and team sports in particular have given me the foundations and values I hold close.

You’re working with Glen Moray – do you remember when you became a whisky drinker?

Around about the time of my wedding. There was lots of whisky around and I had no option but to drink it!

You’ve visited the Glen Moray Distillery and met the manager there, Graham Coull. How was that experience?

Awesome. The tour was incredibly interesting without being too complicated.