Whisky without limits: Brian Wilson heads south of the border to discover how English distillers do it in the Big Smoke and beyond. 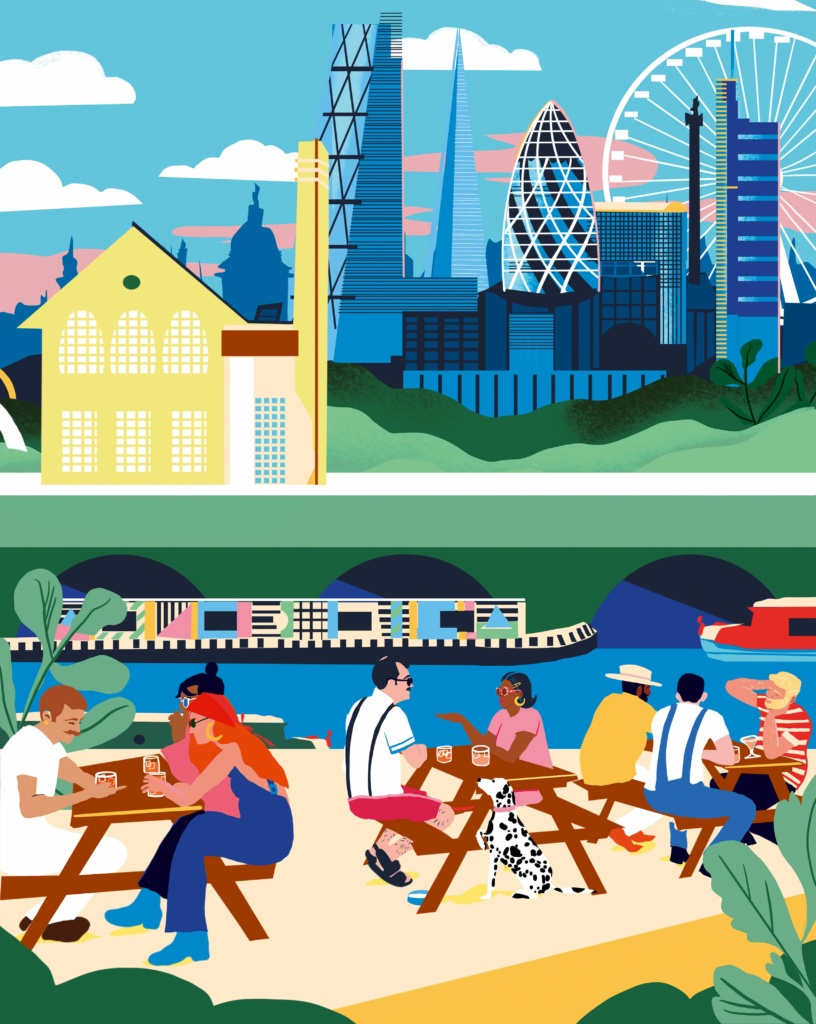 The words "whisky distillery" may conjure up images of iconic buildings with signature pagodas, set amidst mountains, glens and streams. Whisper it in the presence of the marketeers but these characteristics are not absolutely essential, and locations do vary.

To quote one unlikely example, you can take the Central Line on London Underground to Mile End Station, walk down Grange Road past terraced houses and a couple of churches, and there you are at a whisky distillery on Bow Wharf, where the Regent's Canal and Hertford Union Canal meet in London's East End. Yes, this is definitely different.

In 2018, East London Liquor Company produced the first "London whisky" in 114 years, since the closure of Lea Valley Distillery in Stratford. Lea Valley was, by all accounts, quite a big operation with an output which at the time would have put it in the top 20 of Scottish malt distilleries. So there is nothing intrinsically new in the idea of London's own whisky. It's just been in abeyance for a while.

The Scots and Irish gave the drink its name through the (almost) shared Gaelic words "uisge beatha" and therefore a lead time of several centuries in image rights. However, this never guaranteed a monopoly of production and English whisky has its own distinctive history - as well as an interesting present and future. Since the millennium, small distilleries have been popping up all over the place.

On the edge of Dartmoor National Park, you will find Devon's first whisky distillery at Newton Abbey. The idea of a Dartmoor whisky had its origins on Islay where one of the founders, Greg Millar, dreamt up the project while working at Bruichladdich. If you prefer an island malt, the Isle of Wight might not be the first place that springs to mind but there is indeed a distillery at Ryde, licensed in 2014 to produce whisky with the first consignment laid down the following year. And so on around England.

When Alfred Barnard set off on his epic travels in the 1880s to visit and write about every whisky distillery in the United Kingdom, he found 129 in Scotland, 29 in Ireland and four in England - of which Lea Valley became the last survivor in that era.

Barnard's journeys and journals were characteristic of the Victorian era - an extraordinary undertaking in an age when travel to the remotest corners of the country was challenging to say the least. He was a man of Essex whose career evolved through the grocery trade to writing for Harper's Weekly Gazette, a wines and spirits magazine, where he hit on the idea of visiting every distillery in the UK, which at that time included the whole of Ireland. These dispatches appeared first as articles for the magazine and were subsequently collected into The Whisky Distilleries of the United Kingdom - an invaluable tome published in 1887 which describes the industry exactly as it was at that time, and confirms that England had a minor role to play.

A similar exercise today would find it hard to keep up. While the emergence of micro-distilleries in the rolling English countryside may have been expected, there is something edgier about the belated revival of London whisky. This appeals directly to the urban hipster market - always looking for the next new thing. If they are going to drink whisky at all, then why not choose a bottle from the gantry that has a different narrative behind it, less confined by tradition and convention?

Andy Mooney, Head of Production at East London Liquor Company, certainly recognises that element in the distillery's own products. "Our founder, Alex Wolpert, used to be the operations manager for a group of bars and he saw the opportunity for a more affordable, more approachable range that people could talk about and relate to. The hipster market likes the idea of small-scale production that experiments and offers something different and interesting."

It is also an image that fits will with the funding model. East London Liquor Company has used crowdfunding to expand the business. In 2018, it not only produced the first edition of its signature London Rye Whisky, which sold out in under 24 hours, but also raised £1.5 million from its fan-base through crowdfunding.

Andy's own persona fits well with the company's ethos and image. He is an articulate young Irishman, from Drogheda, who loves his job and does not take life too seriously. Andy graduated as an analytical chemist at Dublin City University and learned the art of distilling under Jack O'Shea from Alltech, the global nutrition and beverages company founded by another Irishman, Pearse Lyons.

In 2014, he says, there were "no jobs in Ireland" and his wife saw an advert for a whisky distiller based in London. It seemed an unlikely proposition, but Andy applied and was very promptly hired as a perfect fit for the new venture. Ever since, he has had the freedom to experiment with different cereals and yeasts to create drinks that the customers will approve of - as well as talking lovingly about the best job he can imagine!

Whereas every aspect of Scotch whisky - production, labelling, and marketing - are defined in law, there are far fewer inhibitions on what the English innovators can do to experiment, so long as they stay inside EU regulations.

Andy says: "For example, English whisky does not have to be matured in oak - just wooden containers - so we're experimenting with chestnut, acacia, and maple, to name a few.

"We've been lucky enough to produce whiskies that aren't restricted by a long list of rules and regulations allowing us to focus on innovation and creativity. English whisky is a new category which is looking to join the whisky world, not compete against it.

"As we're a relatively small company we can focus more on flavour rather than yield. A lot of care is given to the grains we use, the yeasts, the distillation, the ageing and, of course, the final proof for bottling. It's incredibly exciting to be a part of English whisky, as it's emerging as a category, and to see what producers are creating what the country as a whole has to offer."

Bimber Distillery, which you can find in Sunbeam Road, Park Royal, is another interesting London start-up. Its first casks were laid down in 2016 and the inaugural single malt whisky emerged three years later in a limited release of 1,000 numbered bottles which sold out in three hours. Subsequent releases have all generated significant interest and excitement.

Its co-founder Dariusz Plazewski stresses the craft element of production. "I learned the art of distilling in Poland from my grandfather and my father. When I came to the UK, I focused on studying but it had always been my passion to follow in their footsteps and set up a distillery. In 2015 I decided I just wanted to go for it, pressed the big red button and began setting up Bimber.

"The distillery's style is inspired by the craft whisky movement. We care about the production process and we're using traditional, hands-on methods because of that. We start with our barley, sourced from a single farm in Hampshire, which is 100 per cent floor malted. We don't mill the grain - we crack it to ensure as clean a wort as possible. Fermentation takes place in seven custom American oak washbacks which were constructed in-house, and distillation is via direct fire to ensure a powerful but slow cook. Every little touch in our distillery has been tweaked to our specification."

Bimber has been sufficiently successful to encourage plans for a new distillery in Scotland. It will produce a "more robust" whisky while still firmly focused on being considered "craft." Earlier this year they submitted a planning application with Moray Council for a site at Dunphail, south of Forres, to convert a farm steading into a distillery.

It is a bit early to start talking about "having a glass of English" but it is time for there to be a distinct category of whiskies under that banner with its own definitions and rules, following the same pattern as Scotch? The answer is - almost certainly not. English whisky is characterised by its quirkiness, experimentation and flexibility.

Probably best to leave it that way, though a latter-day Alfred Barnard to keep track would be useful.

The original feature is from the Summer 2021 edition of Whiskeria, delivered to the door of W Club subscribers and also free with any Whisky Shop purchase in store or online. Click here to read the full Summer 2021 issue of Whiskeria online for free.