On 30th October 1974, as Muhammad Ali knocked out George Foreman in the 8th round of the Rumble in the Jungle, regaining the World Heavyweight Championship that he had been stripped of seven years earlier, in what is considered the greatest sporting event of the 20th century, the Men of Tain were busy working away in the warehouses of Glenmorangie. As the radio blared with the voices of commentators David Frost and Joe Frazier, the craftsmen set about laying down two parcels of Glenmorangie spirit that would achieve similar lofty heights in the decades that would follow.

The first parcel was laid to rest in American ex-bourbon refill casks and the second in Spanish ex-Oloroso sherry casks of the highest quality. The spirit rested on the peaceful shores of the Dornoch Firth for a period of more than four decades – longer than any Glenmorangie had achieved before. In the time that passed, George Foreman would earn more than $200 million with a certain ‘Lean Mean Grilling Machine’ and Mahammad Ali, the man hailed as ‘The Greatest’, would fight a long battle with Parkinson’s Disease before passing away at the age of 74. 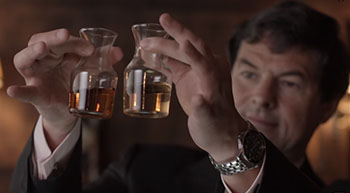 More than a generation after they were first laid down, Dr Bill Lumsden, Glenmorangie’s Director of Distilling, Whisky Creation & Whisky Stocks, deemed the two oldest parcels in the warehouse to have reached their peak, without sacrificing any of their elegance to time. The first parcel matured in bourbon casks “displayed a wonderfully surprising finesse,” according to Lumsden. “Many of Glenmorangie’s signature flavours […] were present, but […] it was as if they had been baked together for deeper, more intense flavours. Meanwhile, the parcel matured in Oloroso casks had an astonishing power, with many, many of those classic sherry notes”.

On combining the two parcels, Lumsden sought to reflect the way whisky was made at the time of the distillation, musing “In those days it was more common for a range of different cask types to be vatted together, so I set out with the aim of trying to skilfully marry together these two very distinct cask types, to create the harmony that I knew they could achieve.” 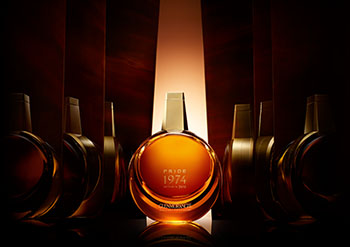 The result is Glenmorangie Pride 1974, the third release in the Pride series of the most rare and treasured creations, which has featured vintages 1981 and 1978. The latest addition, with its deep, rich flavours and exceptional vibrancy, takes pride of place in Glenmorangie’s collection of single malts. A limited edition of only 503 crystal decanters have been released, each crafted by celebrated glassware designer Laurence Brabant.

Dr Lumsden reflected on his latest creation, saying “I am immensely proud of this whisky – a single malt crafted and timed to perfection. From first sight, its maturity is unmistakable in its depth of colour. Those 41 years in casks bring aromas of an unsurpassed richness, wonderfully salty and spicy. Yet the whisky’s intense depths are perfectly balanced by a smooth elegance and finesse. Glenmorangie Pride 1974 is truly a single malt beyond comparison.” 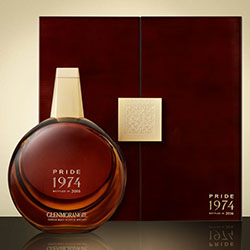