From life in the navy to whisky making on Jura, Distillery Manager Graham Logan reflects on his journey to the remote west coast isle. 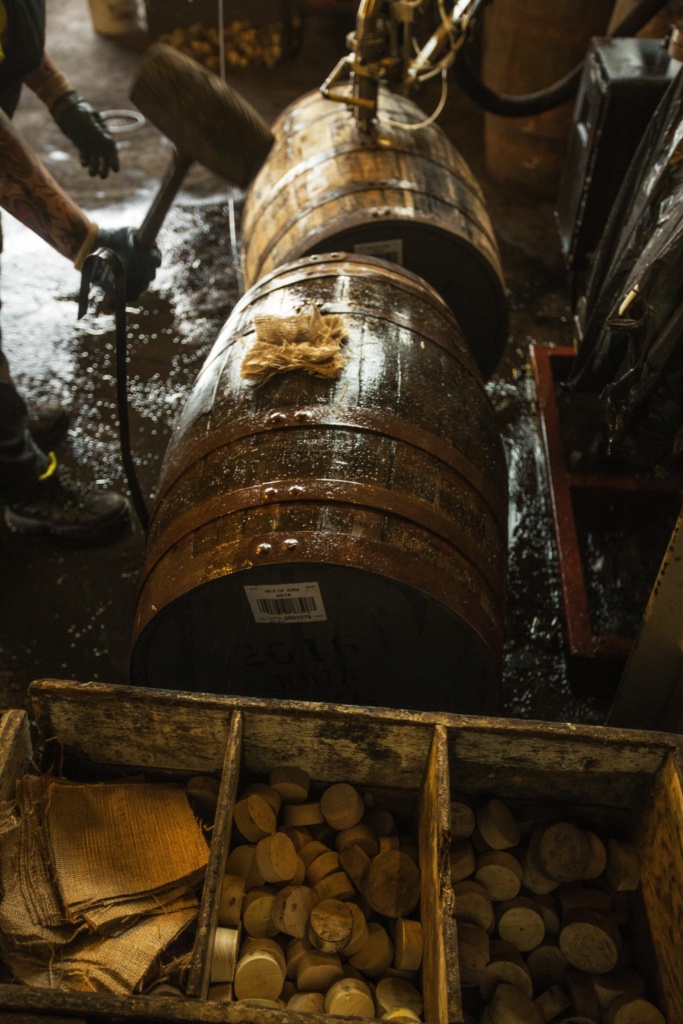 Graham, you've spent 33 years on Jura (and almost 30 years at the distillery), but the story of how you ended up on the island is a little unconventional. Tell us how you came to live there.

Before my life on Jura, I was in the Royal Navy. In 1987, I was on a Type 42 destroyer called HMS Liverpool on station in the Arctic Circle off Murmansk, with no mail for ten weeks. When we passed Norway on the way home we received all of our mail, and I had a letter from my parents saying they had moved to the Isle of Jura. We passed Jura on the trip home and, after counting a total of four houses, I did wonder to myself, "What have they done?" I ultimately left the navy as I wanted to be closer to my family - and as such, I ended up living on Jura!

Jura is well known for its tight-knit community. Were you given a warm welcome?

I was indeed. In fact, on my first night on the island, I took a walk down to the pub and was subsequently invited to a 21st birthday party. I actually met my wife that night, although it wasn't until after I left the navy that we got together.

Tell us a little bit about life on the island. It's said that most islanders have multiple jobs - is this true of you?

It is. Many people on the island have multiple jobs as that's what makes the island work properly. I have my own croft, and my own animals. My secondary job in the navy was firefighting which was always my desired career - and I'm not the deputy leader of the volunteer fire unit on Jura, too.

Have you always had a love of whisky?

I must confess, I haven't always loved whisky - and I didn't intend to be a distiller! The job came as the result of being the only open vacancy on the island when I moved to Jura. I started in the warehouses and have worked my way up. Being a navy man, rum was always my drink of choice, but over the years I have come to love whisky and now enjoy drinking it neat or with water. 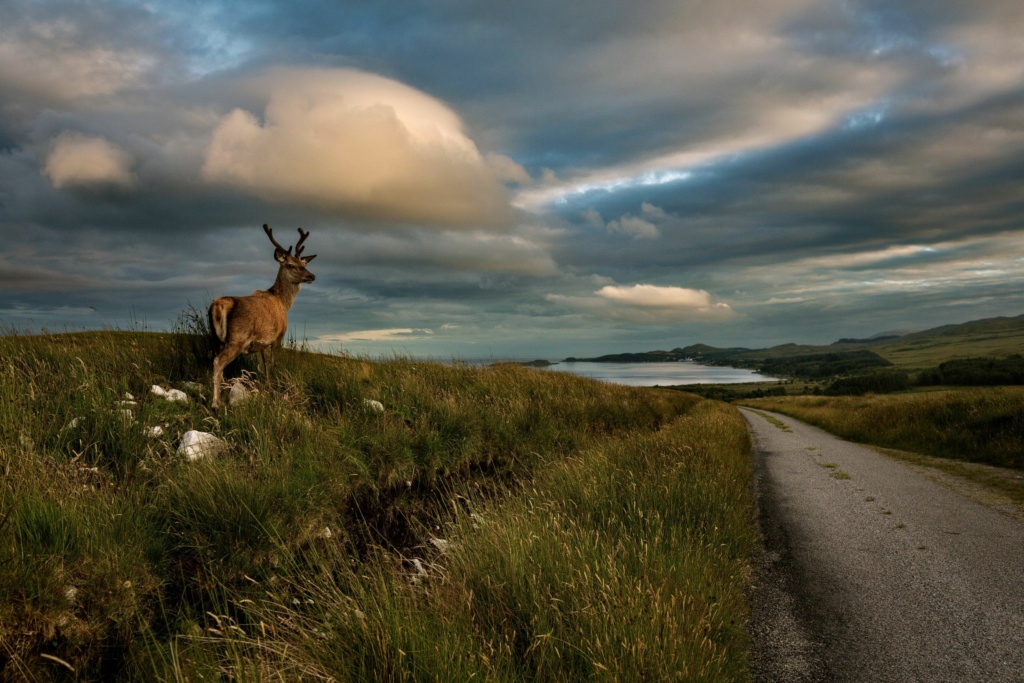 Who was your mentor in the early days of working at the distillery?

I've had some great mentors in the distillery. My first manager was Willie Tait, and I remember the first mistake I made in front of him. A load of peated barley arrived at the distillery one time when I had a cold, and I didn't nose the barley. I mashed it and I remember Willie catching the aroma of the peated barley and giving me a big telling off! Willie was very keen to train people in nosing the samples - he taught me so much about the spirit, and what to look for.

Jura is known for its signature style and distinction from the distilleries of its neighbour, Islay. How would you describe Jura's distillery character?

I'd describe the character of Jura whisky as vibrant, fresh, and lively - just like the islanders who make it.

How do you achieve this distillery character in production?

Jura Distillery is home to some unusually tall stills - they are 26 feet tall. The stills are a lampglass shape, which means they have a narrow waist. In addition to this, due to the size of the still neck, the copper to vapour contact causes lots of reflux, and the lyne arm slopes slightly towards the condenser which creates even more reflux, helping to form that lovely, light new make spirit.

And how does Jura's landscape help shape the character of the whisky?

Being by the sea definitely helps with shaping the character. On a windy day, my car can quickly be covered in salt spray when parked by the sea front. That salt carries on into the air, and this gets drawn into the cask, contributing to a smoother spirit.

We are also blessed by the Gulf Stream on our west coast. This brings lots of important rain and also keeps our climate relatively mild, which helps to extend our maturation cycles - as the warehouse very rarely falls below 6°C. 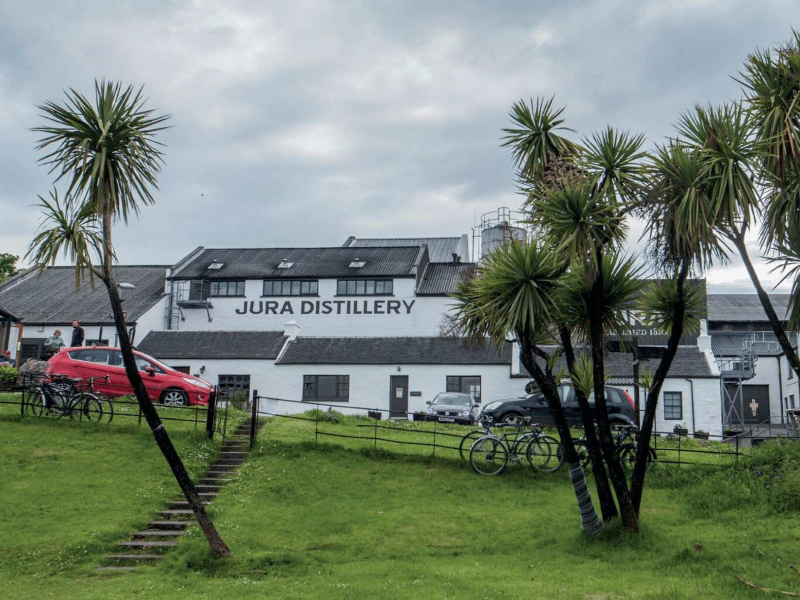 Talk to us about maturation. Which types of cask lend themselves well to Jura spirit?

Jura gets on particularly well with ex-bourbon American white oak casks - and most of our whisky begins the maturation process in this type of cask. But the light nature of Jura means that it works well maturing in many different casks - Jura Seven Wood is a great example of this.

Jura has a population of roughly 200 islanders, with one distillery and one pub. What are the challenges of making whisky on such a tiny island?

Logistically, making whisky on an island can be a challenging experience. For example, weather can knock out the ferry service for several days at a time, which can stop barley from reaching the island. If anything goes wrong, sourcing parts can be a challenge too, although our neighbours on Islay will often help us if we're caught short - and vice versa.

Working at the distillery for three decades, what has been the biggest change you've witnessed?

Tell us a bit about the distillery's latest release, Jura Rare Vintage 1990.

This release was distilled on 5th December 1990 and was matured in American white oak ex-bourbon barrels for 26 years, before being finished for three years in an amoroso oloroso sherry butt. There are only 900 bottles available - and it's utterly delectable! Black Forest fruits, apple pie and vanilla custard stand out among other delicious notes. 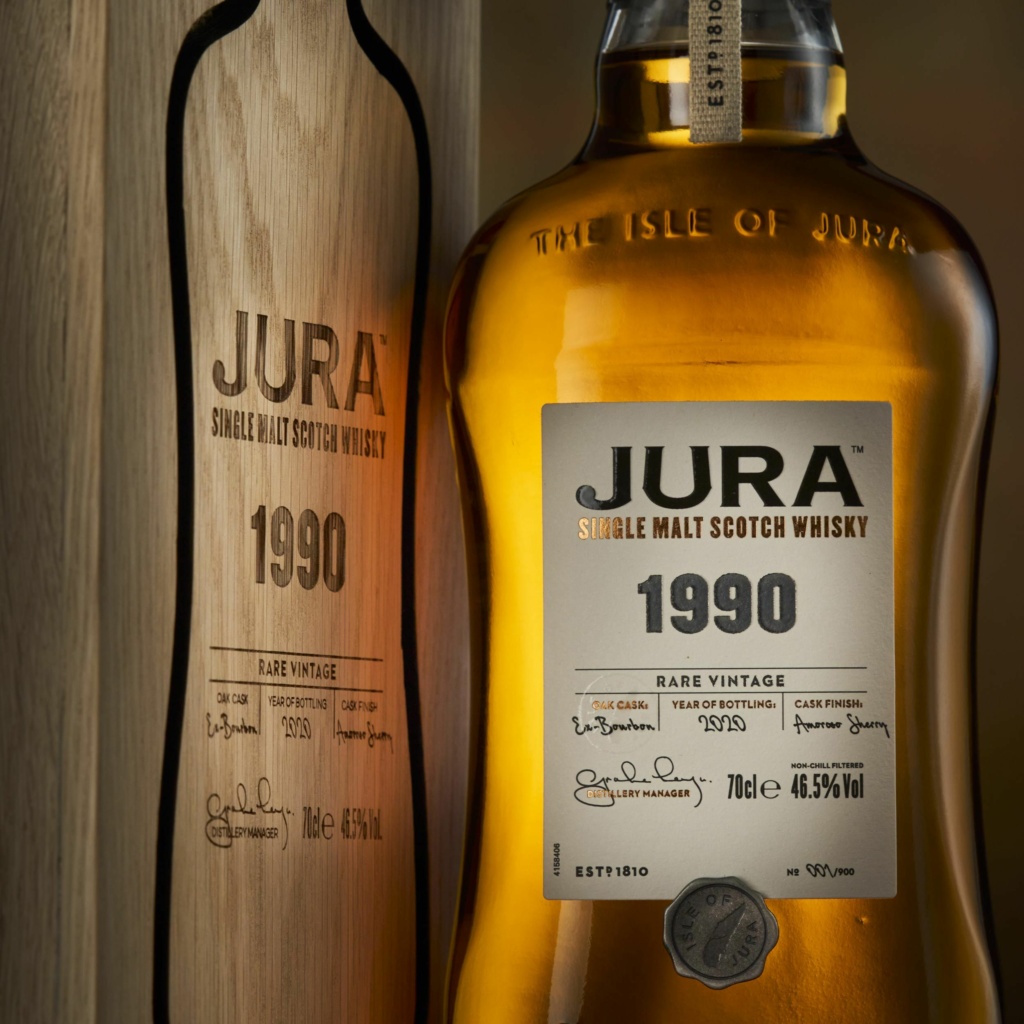 What is your favourite thing about living on Jura?

My best nights on Jura have been in the only pub on the island. A night spent there during the Islay and Jura Whisky Festival, Feis Ile, or the Jura Music Festival? You can't beat it. Good music, good friends, a huge selection of Jura whisky behind the bar and some jigs. I can't wait for the pub to open again. 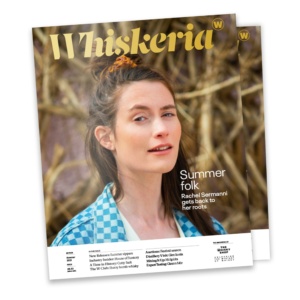 The original feature is from the Summer 2021 edition of Whiskeria, delivered to the door of W Club subscribers and also free with any Whisky Shop purchase in store or online. Click here to read the full Spring 2021 issue of Whiskeria online for free.