Situated at the foot of the Southern Japan Alps, in the middle of a forest, Gavin D. Smith takes a look at the unique and versatile Hakushu Distillery. 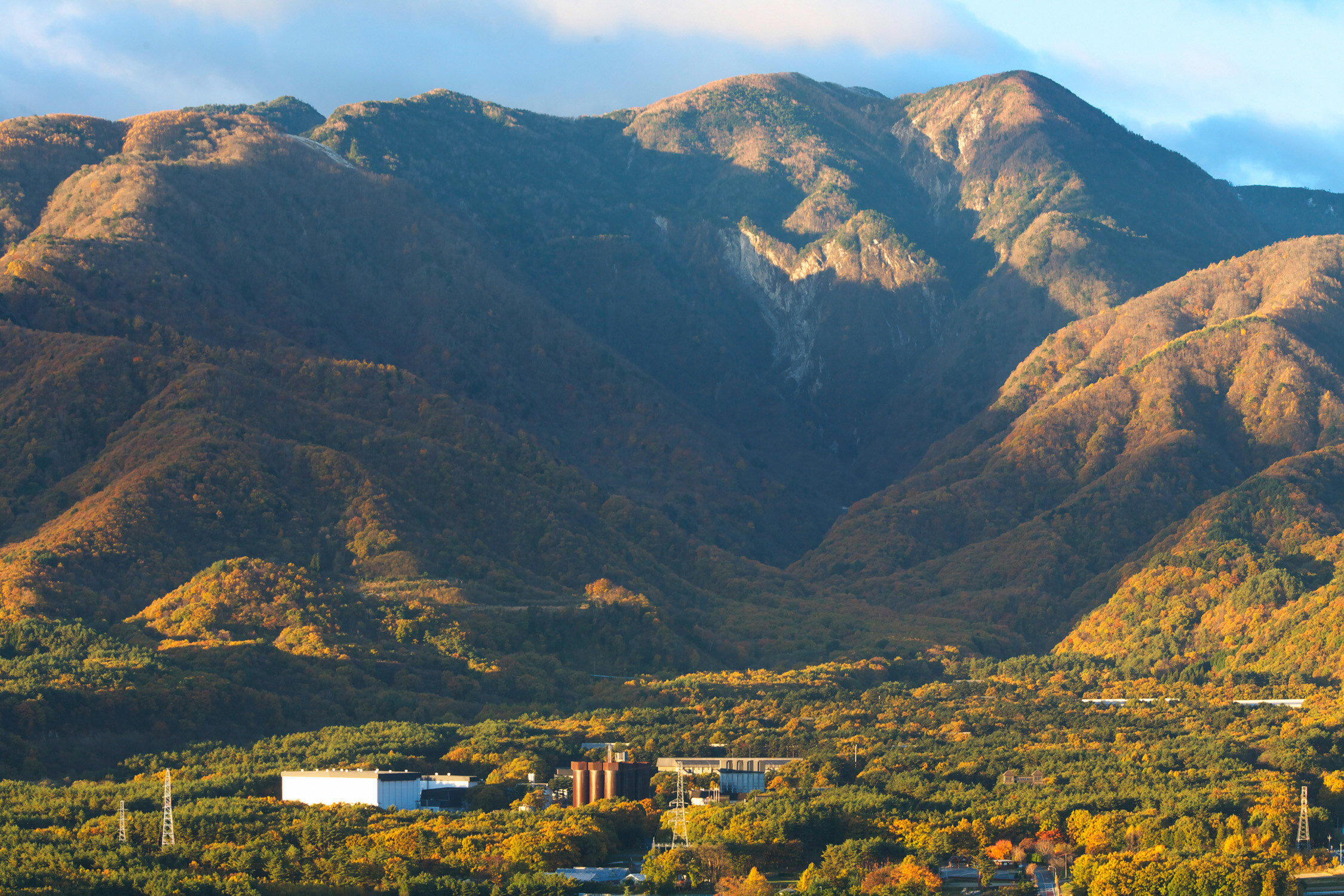 Hakushu (Hak-uh-SCHU) Distillery is owned by the Suntory Group and is located in the Torihara area of Hokuto City, Yamanashi Prefecture, some 100 miles from the country's capital of Tokyo.

The notion of a city location is, however, rather misleading, as the distillery is actually set within a 1,000 square yards site, and is surrounded by dense forest in a very particular micro-climate. Indeed, some 83 per cent of the plot has been declared a nature reserve and wild bird sanctuary, in accordance with Suntory's philosophy of "In harmony with People and Nature."

Suntory describes Hakushu as "Unique in the world. A distillery located in the forest," and adds that "Nestled in the vast forest and coexisting with nature at the foot of the Southern Japan Alps, the Hakushu distillery continues to create a wide variety of unique whiskies. It is also known as Mountain Forest Distillery..."

Hakushu is also notable for its elevation, being situated some 2,300 feet above sea level, almost twice the elevation of most Scottish distilleries, and is one of the highest distilleries in the world. By contrast, Yamazaki Distillery sits approximately 82 feet above sea level. As a result, the average annual temperature at Hakushu is 5°C lower than that at Yamazaki, leading to slower maturation of spirit in the cool, moist climate.

Hakushu was established in 1973 to augment Suntory's original Yamazaki Distillery (see Whiskeria Spring 2021 issue), which dates from 1923 and its creation came at a time when sales of Japanese blended whiskies - notably Suntory Old Blend - were booming, hence the need for additional distilling capacity.

Keizo Saji, the second Master Blender, and son of company founder Shinjiro Torii, set out to find a suitable location in which to build the new plant, and one of the most important factors he took into account was finding the optimum water source. Suntory explains that "Keizo Saji, inherited his father's quest to push the boundaries of what a Japanese whisky could be. He had searched all over Japan for high quality water that could become delicately aromaitc to produce whisky that people would love. After searching with tenacity to the headstreams of rivers and deep into rugged mountains, he found Hakushu."

"Making a long journey through the mountains in the Southern Alps, the clear underground water in Hakushu is soft, sharp in taste and contains the right amount of minerals. Whisky mashed using this water has a pleasant and gentle flavour, quite different from the deep, florid taste of Yamazaki."

The chosen site was close to the Kamanashi River, near Mt. Kaikomagatake, and the name Hakushu means "white sandbar" in Japanese, referring to such geological features in the nearby Ojira and Jingu rivers.

Hakushu was originally equipped with six pairs of stills, but in 1977, capacity was doubled with the installation of another six pairs in a new building. With 24 stills, four mash tuns and 44 washbacks, Hakushu was the world's biggest distillery at the time.

In 1981 Suntory built Hakushu 3, also known as Hakushu East, and phased out the existing two distilling hubs. Those earlier buildings boasted large stills, all the same shape and size, while Hakushu East was fitted with stills of varying shapes, sizes, lyne arm orientations, heating methods and condenser types. This development marked a clear shift away from quantity to give an emphasis on quality and "Tsukuriwake" - diversity of spirit.

A small grain distillery was added to the Hakushu complex in 2010, and four years later, another new pair of stills was installed, leaving the distillery with eight pairs of pot stills, paralleling Yamazaki, and with an annual capacity of 4mlpa.

When it comes to actually making spirit; both unpeated and peated malt is imported from Scotland, and the mashing process produces a very clear wort, designed to create a crisp, fruity, and estery style of whisky, while fermentation takes place in traditional wooden washbacks, which allow for interaction with the distillery's naturally occurring lactic acid bacteria and other micro-organisms.

Stills are either of the straight head or lantern head shape, with some having been fabricated in Scotland and others in Japan. Most are fitted with shell and tube condensers, but one operates with a copper "worm" submerged in a cast-iron tub, giving the option of producing a fuller-flavoured, more "meaty" spirit type.

Hakushu's spirit stills are steam-heated, while wash stills are direct-fired with gas. Direct-firing produces much higher temperatures than steam-heating - reaching around 1,200°C - which allows for the development of more intense flavours through a series of complex chemical reactions.

The distillation permutations within Hakushu allow for the creation of differing spirit characters, from light to full-bodied, and these are then blended together in varying combinations to produce Hakushu single malt expressions.

As James Bowker, Suntory UK Ambassador, explains, "We call it 'Tsukuriwake' (diverse whisky making) in Japanese. The character of Hakushu is refreshingly herbal and gently smoky. Hakushu malt whiskies have a cleaner character than Yamazaki whiskies and are also used for blending.

"The contribution of Hakushu malt whiskies differ based on the specific whisky in question. The clean, verdant flavour of Hakushu whiskies can increase affinity with grain whiskies, and those with smoky characteristics can also work to increase the complexity or improve the aroma of the brand."

When it comes to filling Hakushu spirit into casks, Bowker explains that "We mainly age our Hakushu whiskies in ex-bourbon hogsheads and barrels, though some will be aged in Spanish oak sherry and Mizunara oak casks. Most of the Hakushu whiskies are matured in warehouses on site, but some are aged at Suntory's Ohmi Aging Cellar, located about 40 miles from the Yamazaki distillery." 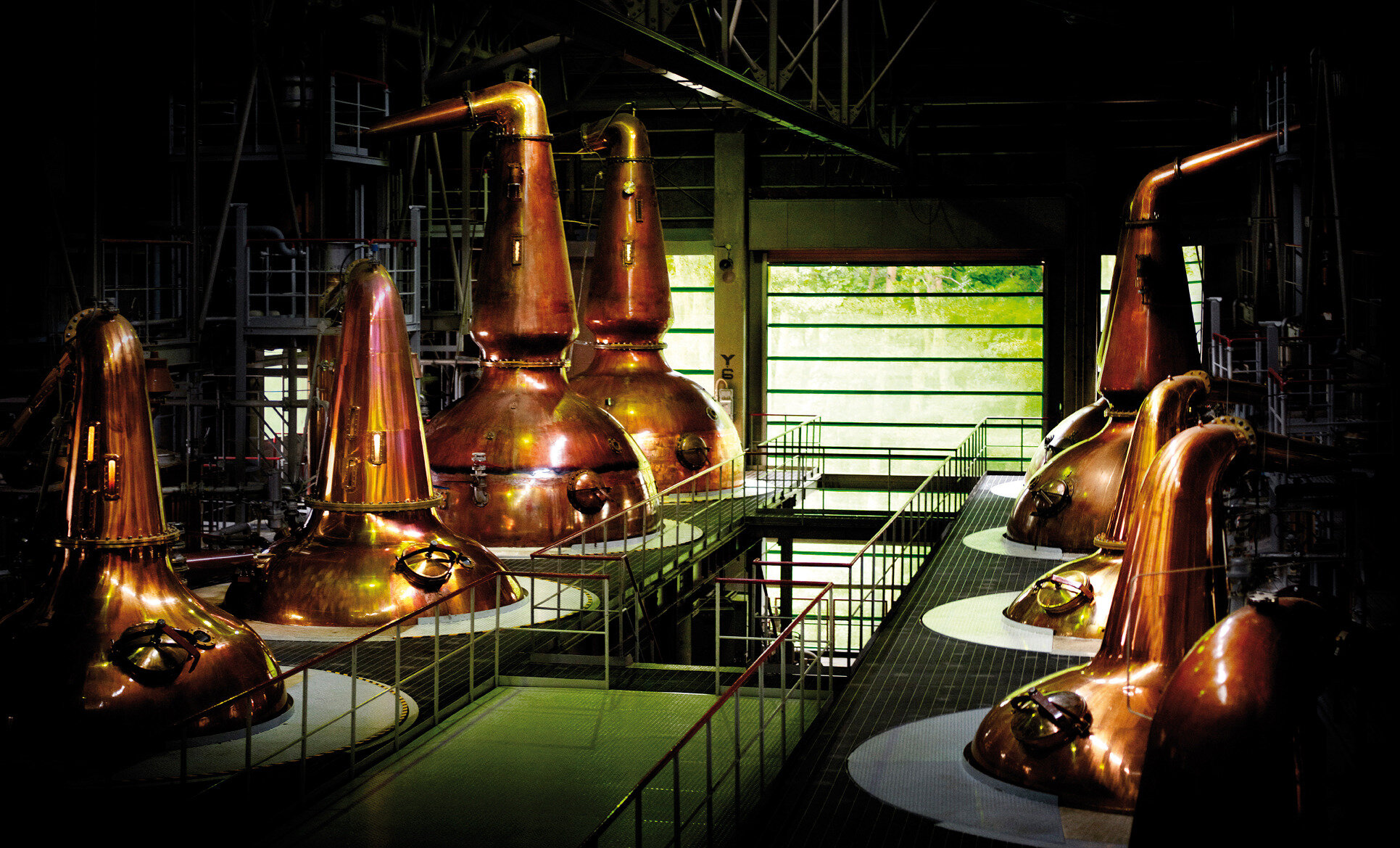 The first Hakushu single malt was introduced in 1994, but it tended to be overshadowed by its well-established Yamazaki sibling. Gradually that changed, however, with Hakushu becoming more popular, as Japanese single malts became increasingly desirable in global markets.

However, the price of success throughout the Japanese distilling industry was a serious shortage of mature stock, and age statements were removed from some expressions, with new NAS bottlings appearing. Hakushu introduced the NAS Distillers' Reserve, and in June 2018 the popular 12 Year Old variant was temporarily withdrawn. Now, however, it is available once again in limited quantities, with a very fine 25 Year Old making up the core Hakushu trio.

In addition to the regularly available Hakushu expressions, there have been a number of limited editions and heavily-peated bottlings, plus single grain "Rye Type" releases, including a four-year-old, bottled at 57% VOL. As James Bowker explains, "As part of our efforts to diversify whisky making, Hakushu distillery introduced a continuous still in 2010. This continuous still is extremely small in size compared to other distilleries and allows us to use a wide variety of raw materials, and we are working on expanding new flavour variations of our grain base.

"The 'Hakushu Distillery Rye Type' uses rye as an ingredient in place of the usual corn and malt and is distilled at a lower alcohol content than regular grain whisky in order to preserve its characteristics. The whisky is then matured in new bourbon barrels that have been heavily charred on the inside, giving it a floral and herbal aroma derived from rye and a spicy aftertaste."

For anyone fortunate enough to get the opportunity to visit Hakushu distillery, two options are available. The first allows visitors access to the twin-pagoda style Whisky Museum, with its collection of historic bottlings, documents, and video presentations, plus the In the Barrel distillery shop, Hakushu bar, White Terrace restaurant and external areas of the site, but without viewing of the production process and a guided tour of the distillery.

A fee is payable for the second option, described by Suntory as follows: "Guided by our staff, you can enjoy the sound, temperature and smell of the distillery, watch the malt whisky production process in action, and observe the dedication of the craftsmen. After that that, we will take you to the guestroom where you can taste The Hakushu single malt whisky and the component whiskies (not for sale). This tour lets you fully experience Hakushu distillery as well as The Hakushu single malt whisky."

If a trip to the distillery itself is not feasible, then the next best thing is to settle down with a dram or two of Hakushu and delight in what Japanese whisky specialists Dekanta call "A wonderfully balanced malt of the highest quality." 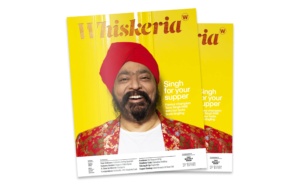 The original feature is from the Spring 2022 edition of Whiskeria, delivered to the door of W Club subscribers and also free with any Whisky Shop purchase in store or online. Click here to read the full Spring 2022 issue of Whiskeria online for free.