The new look Speyburn is aiming for a permanent place on your whisky shelf...

Speyburn was established in 1897, designed by renowned distillery architect Charles Doig, inventor of the pagoda roof, one of the most iconic features of a whisky distillery. Doig also introduced drum maltings to the Highlands at Speyburn, meaning the distillery’s production was not restricted by the size of its malting floors. Such innovation likely played a part in the distillery becoming one of the top ten best-selling malt whiskies in the world. But somehow, despite this standing, the whisky itself has remained relatively unknown. 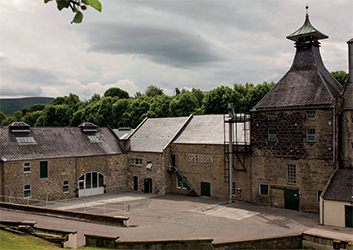 In September 2017, the distillery set out to change that fact with its biggest rebrand in recent times. Doing away with the dated cream labels and introducing invigorated, Speyside-inspired packaging with a brand-new logo, Speyburn is aiming for a permanent place on your whisky shelf with the motto ‘Think Speyside, think Speyburn’. 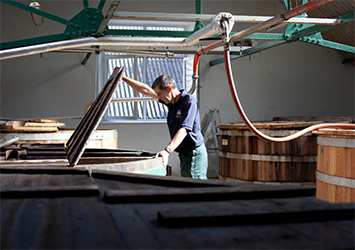 But it’s certainly not a case of form over function. A new 15 year old expression has been introduced to the core range, winning Silver on its very first outing at the International Wine & Spirit Competition in 2017. Matured in a combination of American and Spanish oak, this Speyside single malt has a rich, vibrant character with notes of orange, toffee, vanilla and a gentle spice. 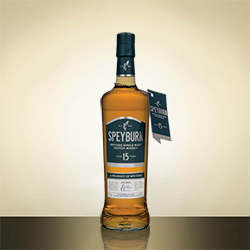 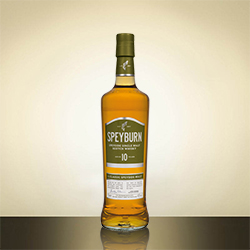 Subscribers of The W Club Dram-a-Month were treated to a dram of the new 15 year old in January, with rave reviews following. Both expressions in their handsome new bottles are now available to order online at The Whisky Shop.