Win A Trip To The Open Championship With Loch Lomond Whiskies

The Open returns to Royal Portrush this year and together with Loch Lomond Whiskies, we’re giving you the chance to be there! 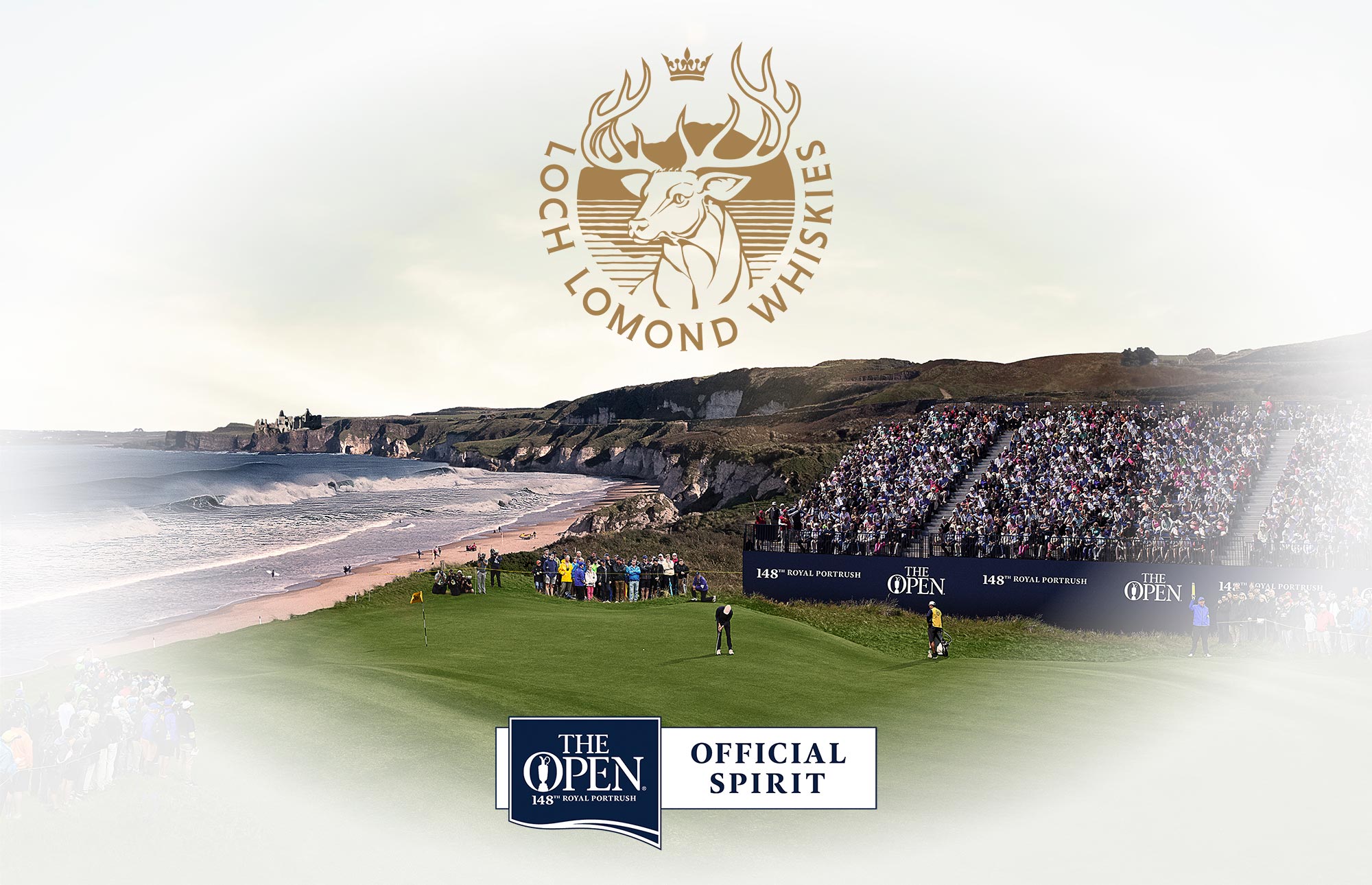 The Open returns to Royal Portrush this year and together with Loch Lomond Whiskies, we’re giving you the chance to be there!

Experience the thrill of the 148th Open at Royal Portrush as golf’s oldest, most international and one of the most prestigious championships in the world returns after 68 years with the world’s greatest players competing for the Claret Jug.

The Loch Lomond Group is an independent distiller and blender of some of the finest and rarest Scotch Whiskies in the world.

Loch Lomond has a deep and rich history in whisky, in fact the first site of the former Loch Lomond Distillery dates all the way back to 1814. Loch Lomond Whiskies are now distilled just south of the original site, on the picturesque banks of Loch Lomond. 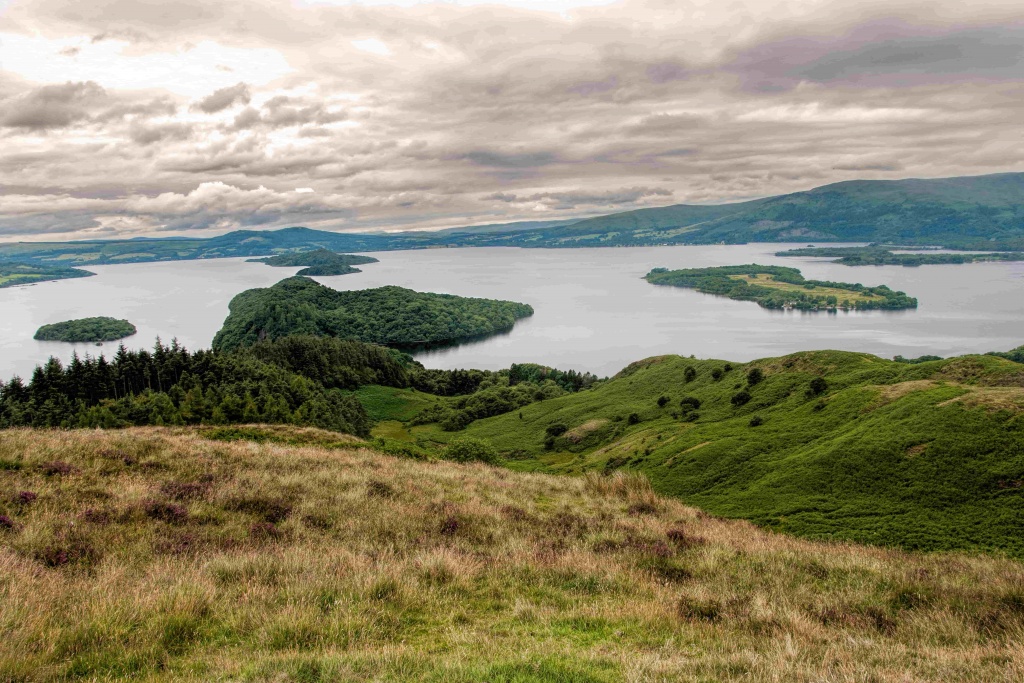 To keep the Loch Lomond spirit so special, Loch Lomond is one of only four distilleries in Scotland that has their own cooperage on site. This ensures that each and every cask is perfect. Loch Lomond Distillery carry a long tradition of raising the next generation of coopers by training their apprentice coopers on site.

The secret to the delicious tastes of Loch Lomond Whiskies are explained by Master Blender Michael Henry who says that “We understand the distilling process so intrinsically we can vary this to achieve the exact flavour we want before the whisky enters the cask. As we are in control of the process at every stage, we have a real opportunity to shape the whisky.”

Learn more about the spectacular bottles below. 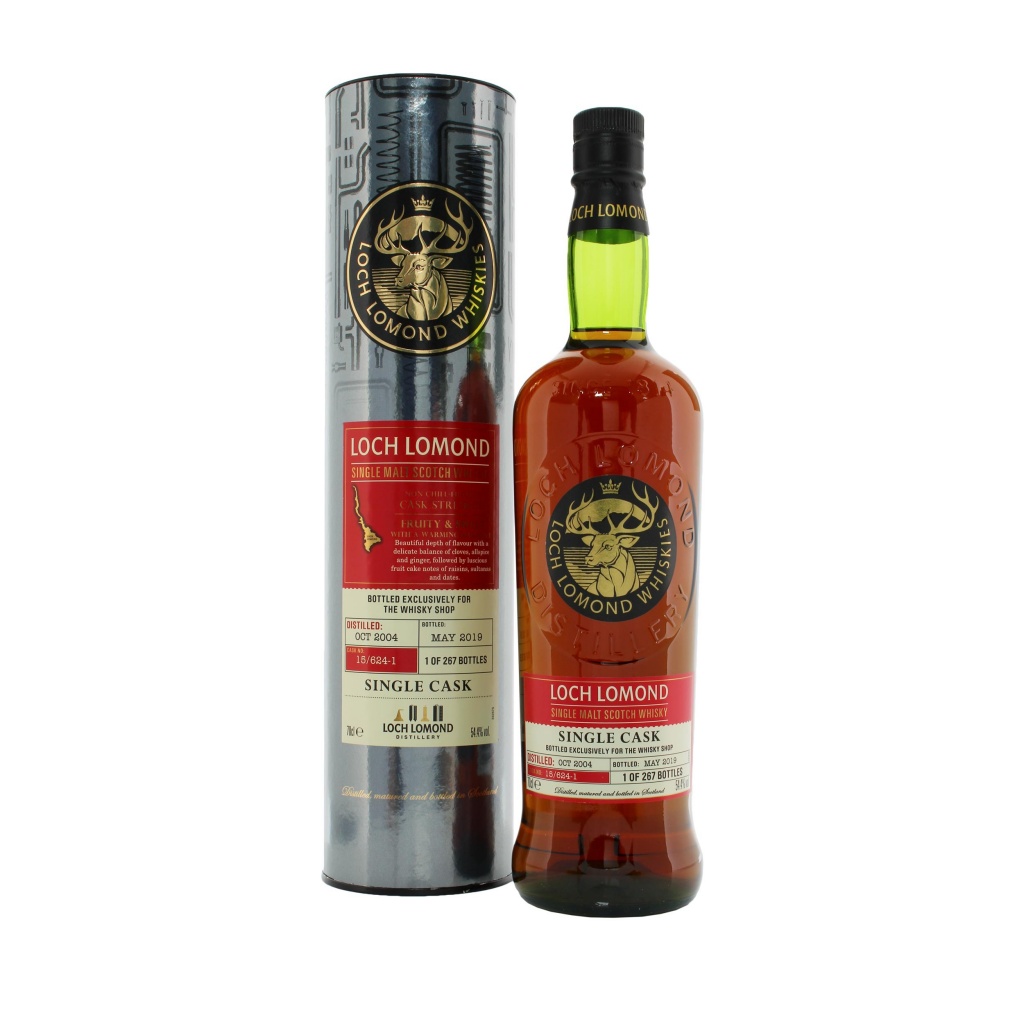 Distilled in October 2004 and matured for more than 14 years in a single cask (#15/624-1), this Highland single malt has been bottled exclusively for The Whisky Shop in May 2019. Released at a cask strength of 54.4% abv free from chill filtration, just 267 bottles have been produced.

There is a beautiful depth of flavour with a delicate balance of cloves, allspice and ginger, followed by luscious fruit cake notes of raisins, sultanas and fates. 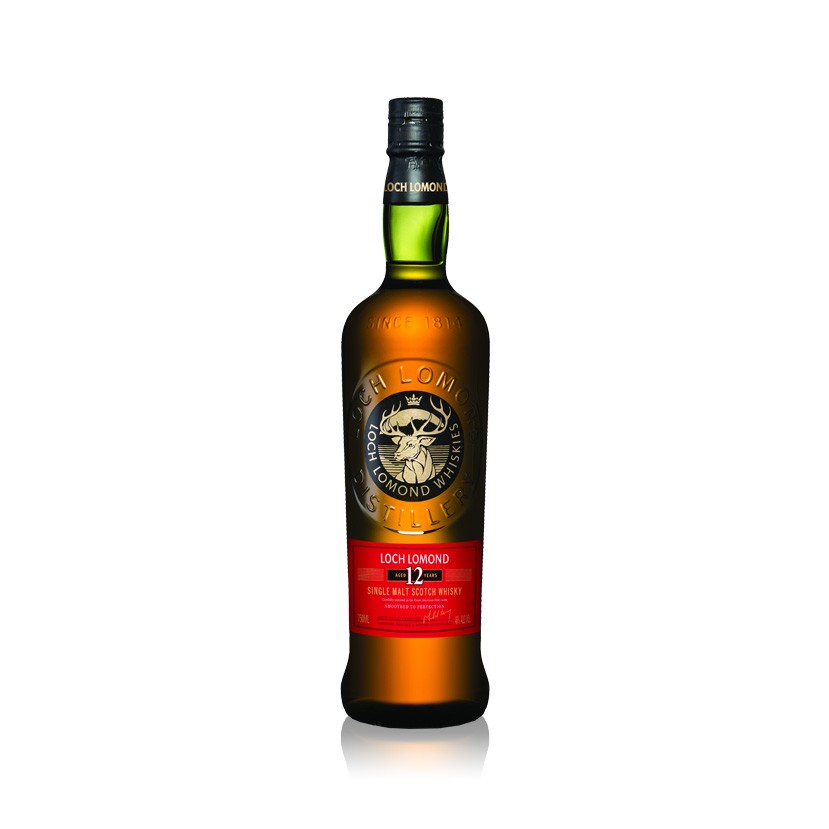 Aged in three types of cask - bourbon, refill and re-charged - this 12 year old Highland Single Malt is perfectly balanced with a deep fruity character of peach and pear and the characteristic hints of peat and smoke found in Loch Lomond Whiskies.

The nose offers crisp green apple, ripe pear and refreshing citrus lemon with notes of golden cereal lurking underneath. The palate is deeply fruity with lemon meringue, pear and orchard fruits leading to citrus lemon, vanilla and light biscuit. The finish is medium with gentle wood smoke and a lingering peaty tang.

'…so succulent! Never before seen spice like it, or such sublime balance with the fruity malt…' - Jim Murray, Whisky Bible 2017

Loch Lomond 12 is one of our customer favourites! 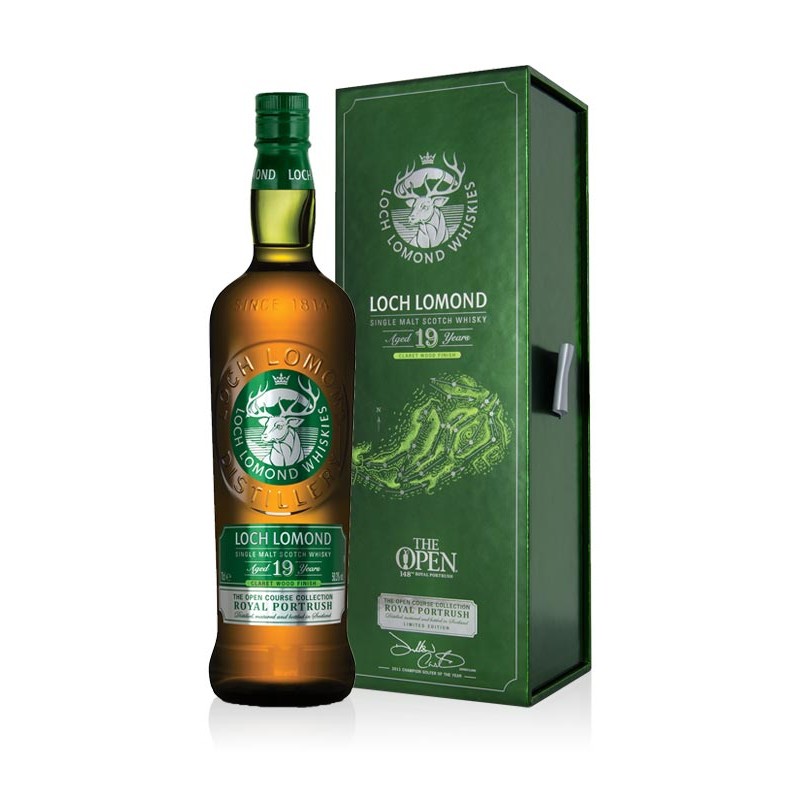 Part of The Open Course Collection from Loch Lomond Whiskies, the official Spirit of the Open, this Highland single malt has been matured in American oak casks from the distillery's own cooperage for at least 19 years. This expression was created in collaboration with 2011 Open Champion golfer, Darren Clarke, whose signature it bears.

Bottled at 50.3% abv, this expression has the characteristic fruitiness of Loch Lomond Whiskies, with a rich mouth-feel and sweet notes of honey and tropical fruits.

Matured in three types of American oak casks and managed by Loch Lomond's own onsite cooperage, this is a beautifully balanced whisky with hints of peaty smoke.

The nose has soft fruits, peach and pear, with vanilla syrup. The palate; Sweet and fruity. Honey and peach, some orange citrus and creamy vanilla with a medium length finish. 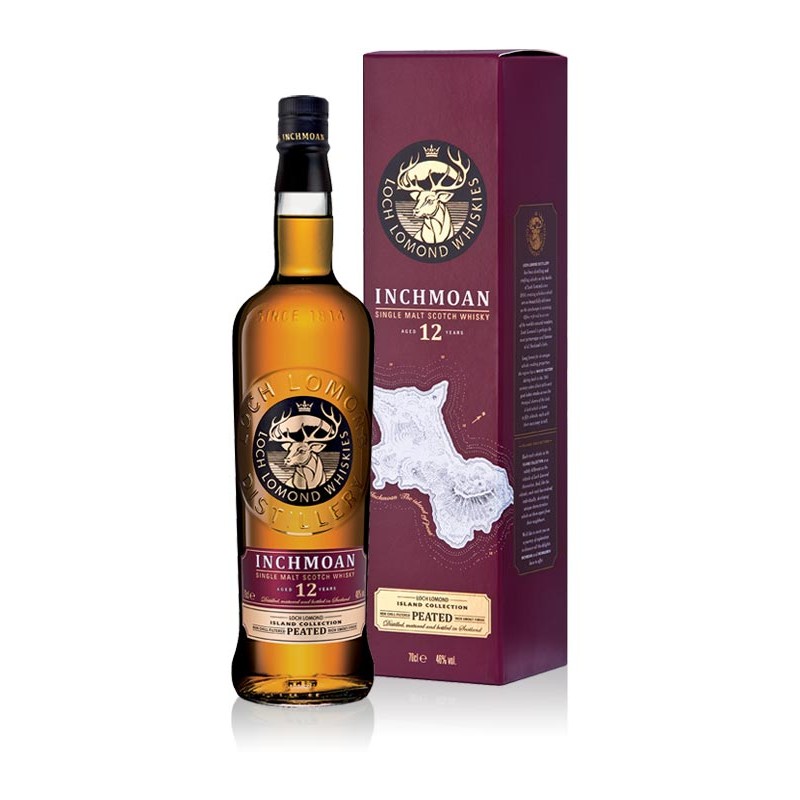 The nose has smouldering peat with vanilla syrup and cracked black pepper. The palate is sweet with medicinal peat notes, smoked bacon, roasted coffee beans, cloves and star anise, before a fruity green apple and pear character develops. The finish is long with waxy peat and gooseberry citrus.

Inchmoan 12 Year Old is another of our Customer Favourites. 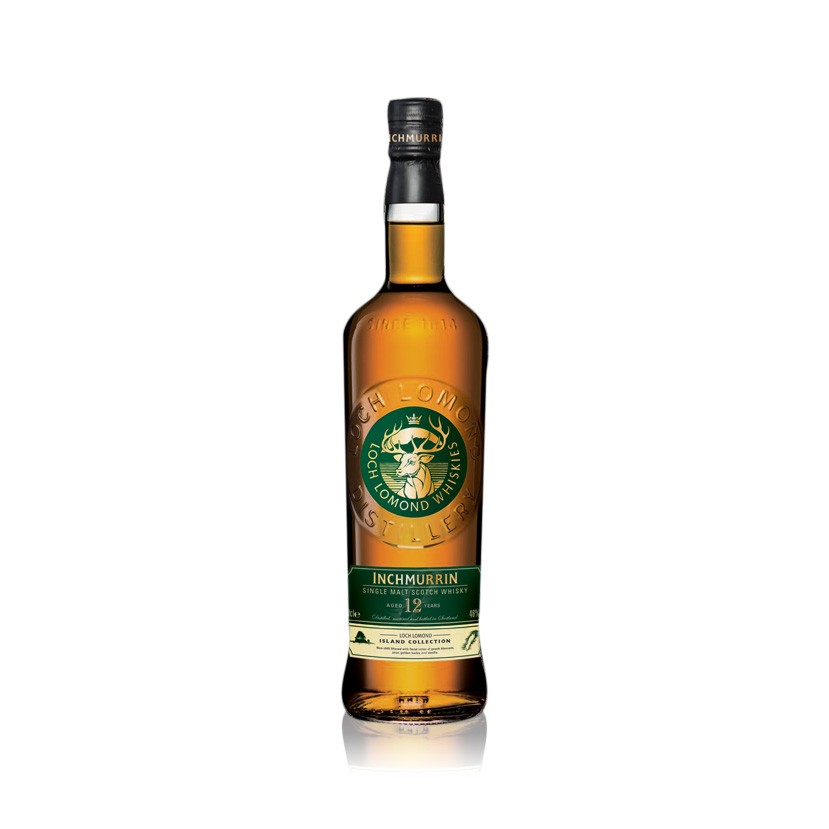 As unique as the "grassy isle" for which it is named, this 12 year old expression from Loch Lomond Distillery is aged in bourbon, refill, and recharred casks, married together to create this fruity and sweet Highland Single Malt.

The nose is distinctively fruity with pear drops and toffee sweetness, light notes of freshly cut hay emerging. The palate builds in intensity with seville oranges before mellowing to peach and apricots, giving way eventually to creamy vanilla fudge, before a medium and peppery finish.

To be in with a chance of winning two tickets to the sold out Open Championship, purchase either Loch Lomond 12 Year Old, Loch Lomond 19 Year Old Royal Portrush, Loch Lomond The Open Special Edition, Inchmoan 12 Year Old or Inchmurrin 12 Year Old, between now and Sunday 30th June. You’ll then be entered into our prize draw. Winners will be drawn shortly after and notified.