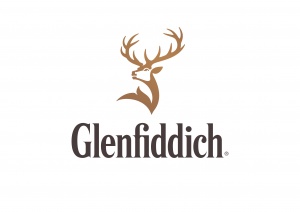 Perhaps the best-known single malt whisky distillery in the world, Glenfiddich was founded in Speyside’s Dufftown when William Grant, manager of Mortlach distillery, decided to leave his post with the aim of making his own whisky. Acquiring second-hand stills from Cardhu distillery and with his wife, seven sons and two daughters to aid him, Grant set about building the distillery by hand. In 1887, the distillery on the banks of the River Fiddich was complete and Grant named it Glenfiddich, meaning ‘Valley of the Deer’ in Gaelic.

Production began on Christmas Day 1887 and the distillery proved an early success with its entire output bought buy Aberdeen blender and broker William Williams. By the 1920s the distillery had 63 agencies around the world selling the family firm’s signature blended whisky ‘Grant’s Standfast’. Despite the effect of US Prohibition, William Grant’s grandson Grant Gordon joined the firm and increased whisky production, much to the surprise of the industry. When the Volstead Act was repealed, Glenfiddich was ready to meet the increase in demand as one of only six distilleries operating in Scotland.

In 1957 the iconic triangular bottle was designed for the blend by Hans Shleger, a refugee from Nazi Germany. Three years later after a dispute over grain supply, Sandy Grant Gordon, the great grandson of William Grant, decided to market Glenfiddich as a ‘straight malt’ for the first time outside of Scotland – in the same triangular bottle – arguably setting the scene for the modern-day whisky revival.

Today Glenfiddich remains in the Grant family, now in its fifth generation. One of the few independently owned distilleries in Scotland, the brand is one of the world’s bestselling single malt whiskies, with more than a million cases sold every year. The core range includes 12-, 15-, 18- and 21-year-old expressions, with a number of limited editions, annual releases and rare vintage expressions produced.

Glenfiddich at The Whisky Shop