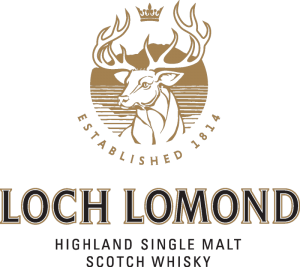 Loch Lomond distillery was founded in 1966 by Duncan Thomas, the owner of the now lost Littlemill distillery, in partnership with the American spirit and liqueur company Barton Brands. Barton Brands took full ownership of the distillery in 1971 during the height of the whisky boom, but by 1984 the bubble had burst and the distillery was closed. Loch Lomond was subsequently sold to Inver House in 1985 and sold again in 1986 to Glen Catrine Bonded Warehouse Ltd., the bottling and ageing division of Bulloch & Co., the owners of the popular High Commissioner blended Scotch.

Loch Lomond saw expansion under Glen Catrine’s ownership, with an additional pair of Lomond stills installed in 1990, followed by two continuous stills in 1993 to produce grain whisky. A set of traditional swan neck pot stills were added in 1998, a further continuous still installed in 2007 to allow grain whisky to be produced from 100% malted barley, and more recently two additional Lomond stills have been installed. The unique set-up allows the distillery to produce no fewer than eleven different distillates for its whisky brands. The distillery also boasts a cooperage that was set up in 1994, making it one of only four Scottish distilleries to produce and maintain its own casks on site.

The distillery was sold in 2014, along with sister distillery Glen Scotia, to the newly formed Loch Lomond Group. In the past Loch Lomond distillery has produced a wide array of whiskies – including Inchfad, Old Rosdhu, Croftengea and Craiglodge – but the new range focuses on the distillery’s iconic location. The core range of expressions under the Loch Lomond brand are noted for their deeply fruity flavours with hints of peat smoke. The Island Collections explore the variety of spirits produced at the distillery with Inchmurrin offering a light and fruity profile, while the Inchmoan range is made with peated spirit.

Loch Lomond at The Whisky Shop