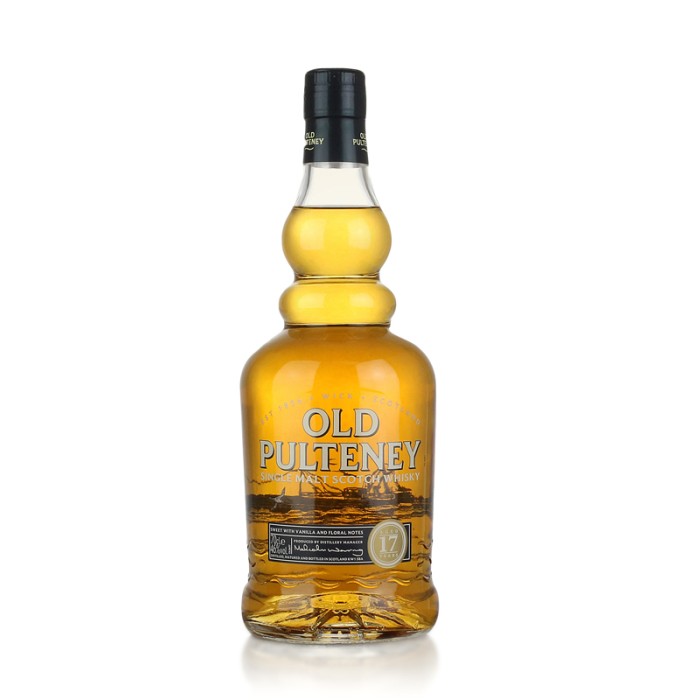 Known as the Maritime Malt, the distillery location is key. The taste is a result of a unique wash still and the bottle reflects the maritime association and unique still shape. It has been matured in air dried hand selected casks, mostly second fill American oak, ex-bourbon casks, plus some first fill Spanish oak, ex-Oloroso sherry casks.

The distillery is situated in Wick on the tip of the North East coast of Scotland, 3 degrees further north than Moscow and was named after the Member of Parliament and Governor of the British Fisheries Society, Sir William Johnstone Pulteney. At a time when Wick was only accessible by sea, it became famous for two sources of prosperity barrels of silver (herring) and gold (whisky) which left the port in vast numbers.