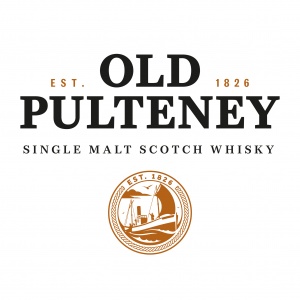 The Pulteney distillery was founded by James Henderson in 1826 in Pulteneytown, Wick, Caithness, at the height of the town’s herring boom. The distillery took its name from the town’s namesake, Sir William Pulteney, Governor of the British Fisheries Society who commissioned the design and creation of the herring fishing town. At the time, Pulteney was the most northerly distillery in the British mainland and was quite inaccessible except by boat. Wick became famed for the barrels of silver (herring) and gold (whisky) that left the port in huge numbers.

A dirty word to those in the spirits trade, Prohibition affected Pulteney distillery more than most. In 1922, a majority vote made the district ‘dry’, with a complete ban on alcohol licences within the Royal Burgh of Wick. The ban remained in force for 25 years, twice that of the infamous US Prohibition. On 28th May 1947, the vote was repealed and Wickers rejoiced, but the distillery had already suffered and had been mothballed in 1930. In 1951, demand for whisky was growing in post-war Europe and Banff solicitor Bertie Cumming acquired the distillery, restarting production. Over the next four decades the distillery changed hands through a number of acquisitions and company structure changes, before being sold to current owners Inver House Distillers in 1995.

Under the new owners, the distillery released its flagship expression, Old Pulteney 12 Year Old. Praised at international spirit competitions, this expression introduced the distillery’s signature style, with more mature releases added to the portfolio over the coming years. With traditional warehouses exposed to the brisk winds of the North Sea, Old Pulteney has become renowned for its sea salt and coastal notes earning it the moniker ‘The Maritime Malt’.

Old Pulteney at The Whisky Shop