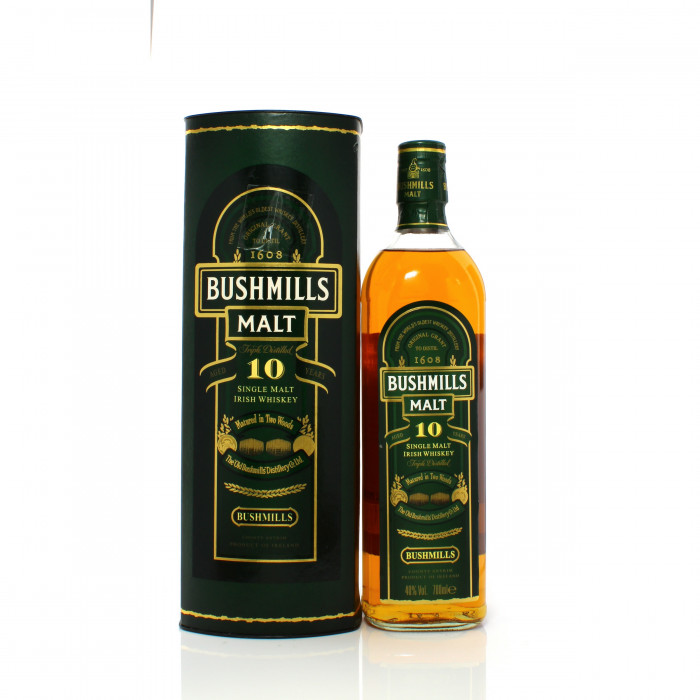 This expression from Bushmills distillery in County Antrim, Northern Ireland, is the youngest single malt offering in the Bushmills range. The distillery claims to be the oldest licensed whiskey distillery in the world, having been granted license to distil in 1608. Matured for a full decade in sherry casks and bourbon-seasoned casks, this expression has garnered much acclaim at international spirits competitions, including being awarded World's Best Irish Single Malt Whiskey at the World Whiskies Awards. Back to top