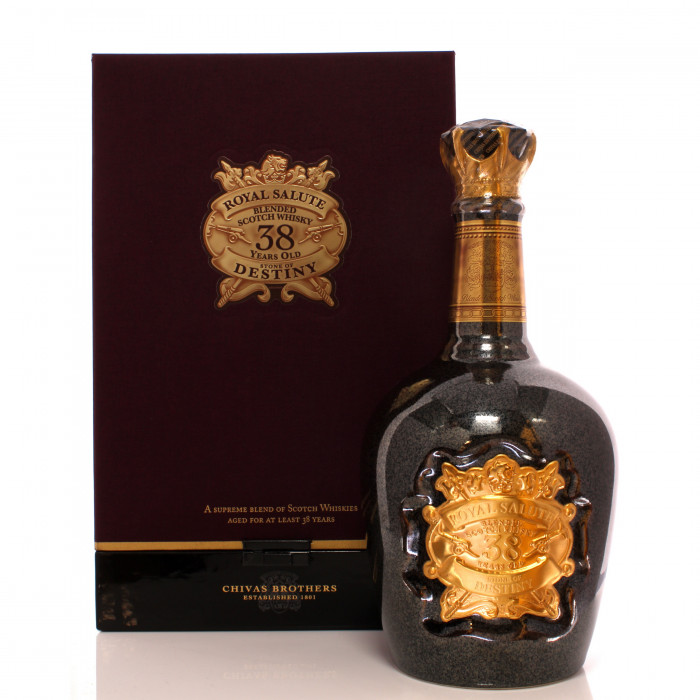 Behold, a royal gem fit for a whisky King or Queen!

Royal Salute 38 Years Old Stone of Destiny has been crafted from whiskies aged for no less than 38 years, and shares its name with the Stone of Destiny - a legendary and enigmatic Coronation stone used over centuries at the enthroning ceremonies of the ancient Scottish Kings and Queens.

This whisky is presented in a porcelain granite-effect flagon, crafted by Revol in France. Such an evocatively elemental setting is enhanced by a hand-crafted 24-carat gold plated crest commemorating the arms of Scottish brave-hearted warriors. This martial motif is then carried through to the 24-carat gold-plated stopper inspired by the hilt of the ancient two-handed Scottish broadsword, the Claymore. Does it get any more royal than that?

Owning this bottle unlocks the ability to have access to the Royal Salute Vault at Strathisla Distillery. And of course, makes you a very regal collector indeed!

This bottle has been kindly donated by Peter Prentice of Pernod Ricard.