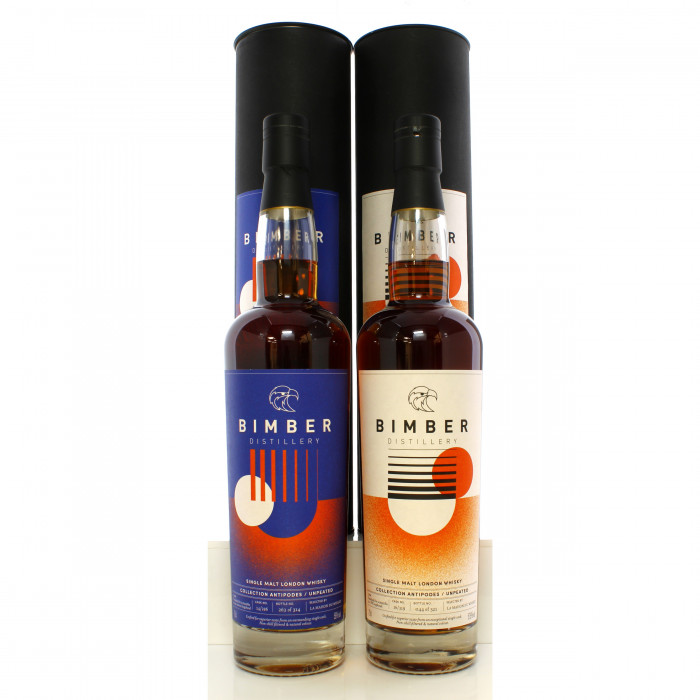 Distilled at the Bimber distillery in London, this young distillery laid down its first casks on 26th of May 2016. This lot includes two releases which are special bottlings available exclusively bottled for La Maison Du Whisky as part of the Antipodes Collection. Both were distilled in 2018 and have been bottled free from chill filtration and artificial colourings at strengths of 57.8-58% abv.

Single Cask #14/296 was laid down to mature initially in a bourbon cask before being transferred to an Oloroso sherry hogshead for 9 months before there were just 314 bottles produced.

Single Cask #16/319 was laid down to mature in a bourbon cask before being finished for 9 months in a Pedro Ximenez sherry hogshead, with 321 bottles produced.