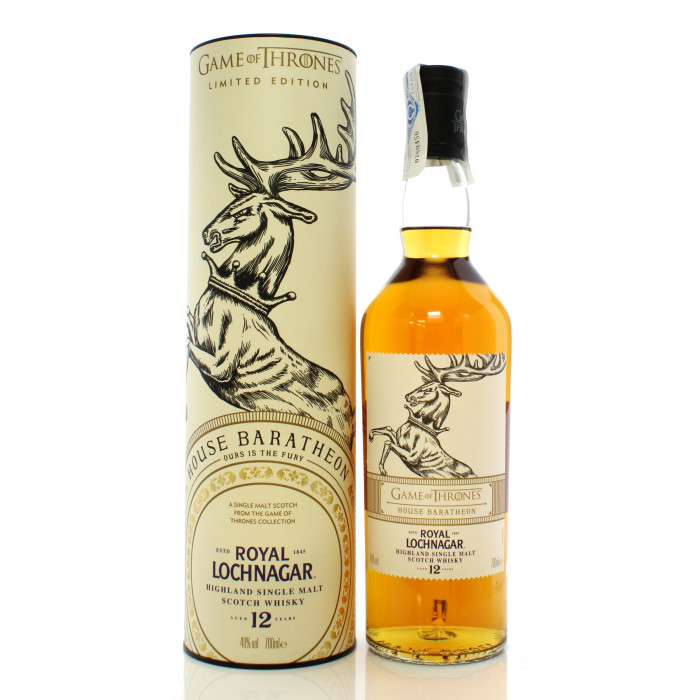 To celebrate the eighth and final season of Game of Thrones, Diageo have collaborated with HBO to release a limited edition collection of eight single malt Scotch whiskies inspired by each of the Houses of Westeros and the Night's Watch. Having led the rebellion against the Targaryen dynasty, Robert Baratheon took the Iron Throne to rule over the Seven Kingdoms, with the Baratheon stag flying above King's Landing. Royal Lochnagar also boasts a royal lineage, being renamed from New Lochnagar after a visit by Queen Victoria and Prince Albert, who granted a royal warrant to the Highland distillery. Back to top