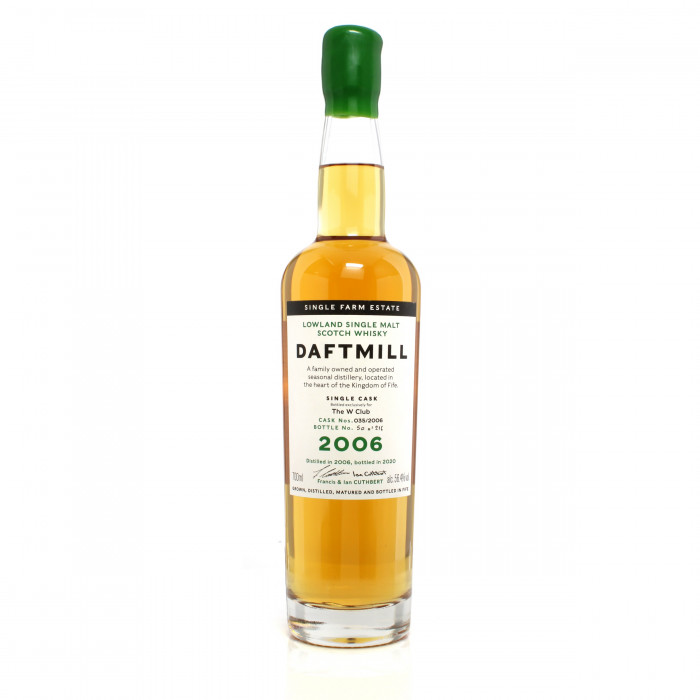 The W Club team hand-selected this cask for bottling in early 2020 when the early discussions of Doddie’s Charity Whisky Auction had just started. As soon as the bottles were filled, we held on to bottle #50 as our own contribution to the auction, with the bottle number being a nod to Doddie’s 50th birthday this year.

Daftmill is a single farm estate distillery in the Kingdom of Fife. Owned and operated by the Cuthbert family, distillation only runs in the farm's quiet periods, producing as few as 100 casks per year. Each batch is highly sought-after, with most releases only being available to buy through winning a ballot, due to extremely high demand. In other words, Daftmill is hot property!

For this single cask expression, Chariot barley was harvested from the farm's Dam Park and Curling Pond fields on 31st August 2004, and was among the last to be malted in Fife by Robert Kilgour & Co. before they closed. Distilled in the summer season of 2006, the spirit was filled to an ex-bourbon barrel from Kentucky's Heaven Hill distillery, number 035/2006.

Just 216 bottles have been filled, each one bearing an individual bottle number and presented at a natural cask strength of 56.4% abv.