What exactly goes into repairing and refurbishing whisky casks?

This summer we hit the road north to Speyside Cooperage, where foreman Darren Morrison oversees a team of highly-skilled coopers who repair and refurbish casks for customers across the globe… 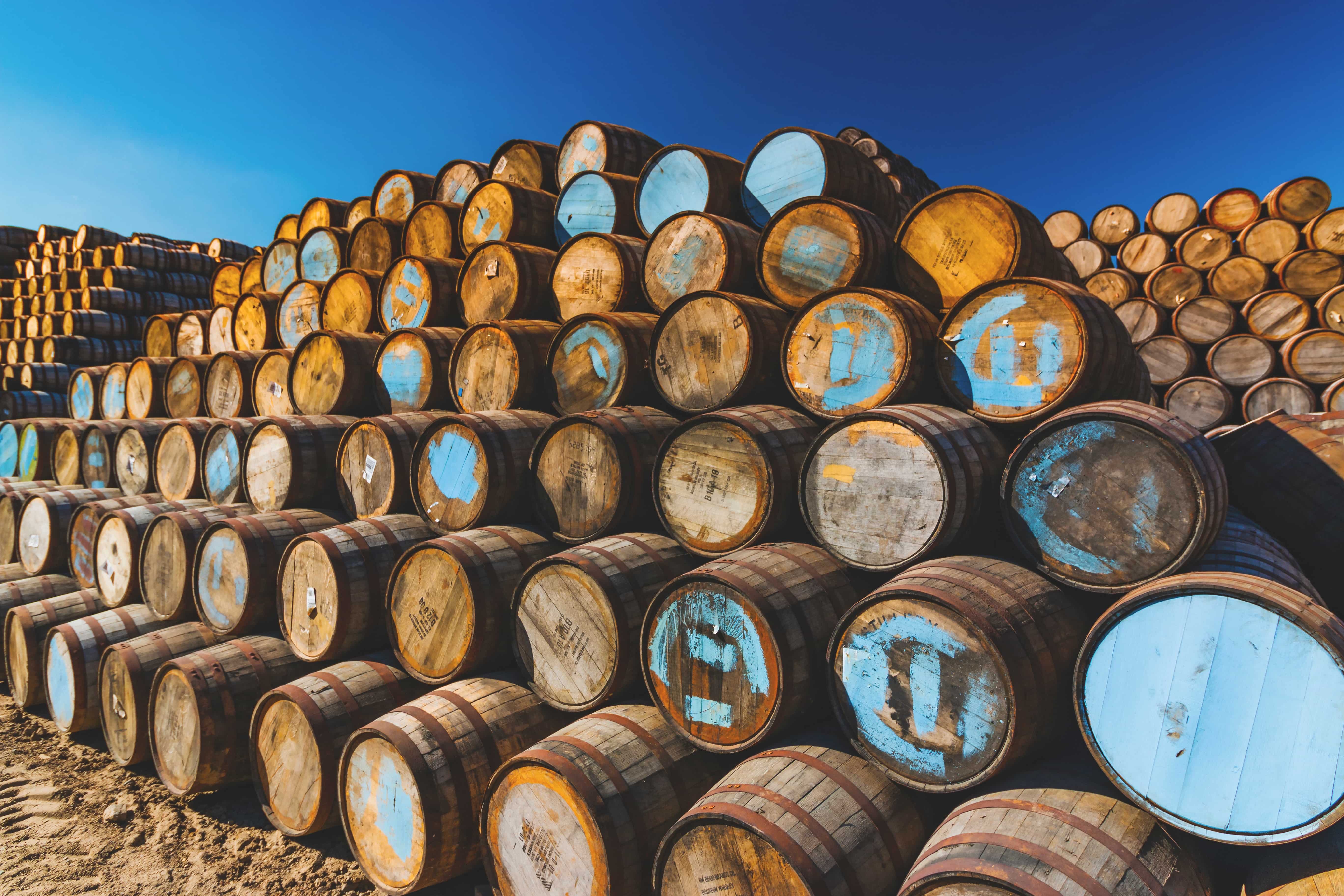 What inspired you to become a cooper?

When I was at school, my favourite subject was Craft and Design, which is making stuff. So, this was right up my street, to be honest. It was hands on – an office job wouldn’t have suited me.

How long have you worked at Speyside Cooperage?

How long does it take to learn the craft?

It’s a four-year apprenticeship. There’s a lot to learn!

It seems a very specific skill, with all the different tools and lots of measuring…

Accuracy is the key. As long as you’re marking it with your measures, you’re ok. Each cask may look the same, but they’re all slightly different. There’ll be about ¾ - 1 inch difference between them.

Do you learn about the technicalities, joints and angles of a cask when you do your apprenticeship ?

The practical side of it is when you’re jointing staves with the jointer, that’s when you learn your angles. There’s no ‘specific angle’ because staves are all different widths, so it varies. It’s usually down to what we call ‘the cooper’s eye’ – you can just look at it and you’ll ken* if it’s right.

Do a lot of people start their apprenticeship and leave?

Yes. Some people come in and decide it just isn’y for them. The workshop is a busy place, and it’s going from 6 o’clock in the morning to 7 o’clock at night.

So what’s your typical day here?

Some of the lads start at 6 o’clock, most of us start at 7 and work until 5, and then there’s overtime at night. So, some really are working from 6am to 7pm.

Is it right that you all get paid by the cask?

Yes, the lads in the cooperage are all paid by the cask – we call it being ‘on the grip’ or ‘piece work’ – but the lads in the yard (the labourers) are on an hourly rate.

You make casks from scratch here at the cooperage as well – do the same team do that?

No, usually it’s the younger lads who do the new casks. It’s more intensive. You have to raise the cask and then it’s on a steamer for an hour, and then we ‘pull in’ the cask, which forms the shape. Then we’ll toast it, usually, and then char it, depending on what the customer requires.

What’re the processes involved in repairing a cask, from delivery to dispatch?

They’ll come in on a lorry, usually, and will come down to the cooperage and be rolled up like you see there in the yard. The cooper comes out, checks the cask is in order, takes it to his bench and then he’ll go around and brush it, looking for damage, splits, cracks – he’ll identify all the damage and mark it with chalk. Then he’ll set about repairing that cask.

So, he’ll take off the three hoops at one end first and drop the first ‘end’. To do that, he’ll turn the cask around, slacken the top hoop, and then he’ll take off the next two hoops, which give the arch rest to the staves, then once the bulging quarter is open he can pull out the broken staves and replace them with new staves.

Once he’s replaced the staves, the cooper will set about closing the cask, so he’ll put on the first bulge hoop, knock it down so it’s tight, then turn the cask round and stick on the other bulge hoop, and as you’re chapping it, it closes up the cask.

The straw-like stuff is flagging – a water reed – which we use to seal up the ends while we’re repairing. It takes up any voids that’re left in the wood, so when we press the cask on the hoop drivers you get a really watertight seal.

You spoke about steaming the wood – is that how you make it more pliable?

Aye, the heat from the steam helps us bend it. For example, you could use steam to flatten out buckled heads.

The yard at the back of the cooperage seems to be home to thousands of casks! What are they destined for?

The yard can house up to 200,000 casks. Some of that belongs to Speyside Cooperage and has been bought so we can sell it to other companies. And then some of it belongs to our customers and is just out here for storage.

Are the casks you buy for refurbishment? Where do they come from?

Yes, they’re here so we can refurbish them. That stock comes from all over the world – and every part of the world now. The stuff we’re doing today is going to Japan, so it’ll go into containers and be shipped away.

Who do you sell the casks to?

Just anybody who produces whisky, beer, any type of spirit really, we’ll provide casks for. There’s a lot of micro breweries up and coming. Some breweries like the bourbon barrels and the ex-whisky barrels.

We’ve got barrels, hogsheads (hogies), butts, puncheons, there’s port pipes and then you’ve got the likes of hogies with different variations of the 250L level, which we call a traditional style and then a remade style.

We also do various little casks, from 30L – they’re for niche market orders and we’ll make them as per our customers’ requirements.

You have a lot of different ‘finishes’ of casks here for repair. Does the former contents of a cask, or its age, affect how easy the wood is to work with?

The old contents of the cask doesn’t make any difference to how it is to work with – the only difference is when it goes to the customer. All the different conditioning is about the flavour. You’ve got sherry casks, port casks, rum, various different wines…

When it comes to age, some casks are still like new at 50 or 60 years old, or even if they’ve been in a warehouse for almost a century. It’s the storage and treatment of a cask, not its age, that determine condition.

What about the process of charring a cask?

When we’re charring casks we remove both ends then it goes onto the burners, and then there’s different settings – some customers might like a medium or heavy char. So, depending on what the customer asks for, we’ll put it on that setting. Nowadays it’s all based on times and temperatures. Once it’s charred we’ll use steam jets to put moisture back in the wood.

Do you work with any friends or family? It seems like a craft that’s been passed through generations…

None of my family – I’m the only cooper in my lot!

Is it true that there’s only one cooper here that isn’t Scottish?

There’s one Hungarian lad there, but the rest are all local lads.

This cooperage has been running since 1947 – is it the only one that’s operational in the region?

There are several other little cooperages in the area, but this is the biggest one.

Do you get involved in the Spirit of Speyside festival?

We do a lot of demonstrations and things like that over the festival weekend.