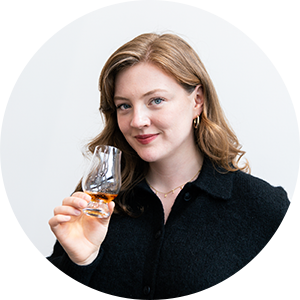 Getting in the Spirit with Glen Scotia

The W Club recently kicked off the new year with virtual tastings with Campbeltown Distillery, Glen Scotia. Here's what our members had to say.

Whether it was a dry one or not, there's no doubt that this January was a challenge. A typically dark, cold (and skint) month, the longing for a catch-up dram at our local was stronger than ever for us whisky enthusiasts. Luckily, and thanks to Zoom, W Club members were able to find brief respite in the form of virtual tastings with the team from much-loved Campbeltown Distillery, Glen Scotia.

For four consecutive nights in the lead-up to Burns Day, we were joined by Master Distiller Iain McAlister, Loch Lomond Group Sales Director Andy Calder and Brand Manager Gary Mills (phew!) for a series of virtual tastings with the club. Relaxed and conversational in style - no PowerPoint this time - members could talk directly with the Glen Scotia guys themselves and exchange stories over some delicious drams. We'll keep the tales to ourselves(!), but we'll happily and readily share our thoughts on the whiskies we tasted and enjoyed.

Our members' first drop of the night was the classic Double Cask from Glen Scotia's core range. This multi-award winning single malt has been matured in a combination of first-fill bourbon barrels, before spending a few months Pedro Ximénez sherry casks to round it off. The result: a perfect balance of rich, spicy fruits, overlaid with Glen Scotia characteristics of sea spray and vanilla oak.

As Iain McAlister describes it, the Double Cask contains all Campbeltown DNA components: robustness, oiliness, and salinity, to name a few. What makes Glen Scotia particularly special, according to Iain, is how these components work in tandem, with no single flavour dominating the whole profile. If you're new to this region's whisky, Double Cask is Campbeltown in a glass.

"So smooth and tasty! Having been a fan of both the 15 and 18 Year Old, I didn't think anything else could compare - I've never been happier to be wrong!" - Lindsey Greenshields

"A beautiful whisky and at such great value. A superb everyday dram I would say!" - Tom Laird

Verdict: You'd be hard-pressed to find a more brilliant, bang-for-your-buck dram! Balanced, smooth and versatile, it's no wonder the Double Cask is a crowd-pleaser.

Following on from the Double Cask, Glen Scotia 15 Year Old is a level up; a "big brother" to its NAS sibling. As Gary Mills describes it: "If Double Cask is a breakfast whisky, then the 15 Year Old is an 'occasion dram' - the one to crack open when you can have your mates round again!"

Gently matured in American Oak barrels for 15 years before bottling, this Campbeltown Single Malt Whisky offers hints of vanilla oak and orange peel on the nose, interwoven with the subtle notes of sea spray, ginger and spicy aromatic fruits. A touch of water brings out more nuances of flavour, revealing tropical notes and white fruits.

"The 15 Year Old was my favourite whisky of the line-up, as it tasted smoother than the others (although they were all very nice!). This was my first time with Campbeltown and first whisky tasting ever, so a unique experience, which I really enjoyed and will do again in future." - Will Prestwich

"Glen Scotia 15 Year Old has never let me down; I always come back to this whisky. Big fruits and subtle smoke, a great all-rounder!" - John Findlay

Verdict: To echo Gary, we'll have this at the ready when we can share a dram with our friends again! Glen Scotia 15 Year Old has been a long-time favourite at The Whisky Shop, and it's not hard to see why; its versatility and Campbeltown charm and character make it a whisky staple in every drinks cabinet.

With the Victoriana up next, a mini-history lesson was welcomed for context. In Victorian times, with a large percentage of the Scottish population unable to read, people often differentiated bottles through colour: green indicated alcohol, blue was medicine and brown was poison - you didn't want to mix these up! It is then no coincidence that Victoriana comes in a green glass bottling. Inside and out, the whisky is a recreation of the Victorian Campbeltown-style malt - with a modern interpretation. During these times, Campbeltown distilleries ruled the whisky world, and if you were drinking Scotch back then, you were most likely drinking a malt from the region.

The decision to make Victoriana a NAS (Non-Age Statement) whisky was a deliberate one, prioritising developing a flavour profile that paid homage to its roots. To create this, Iain hand-selects first-fill bourbon and refill casks from the distillery's reserve cellar, chosen for their rare characteristics and exceptional maturity. The resulting liquid is then finished in 30% PX sherry butts and 70% heavily charred American oak casks, before being bottled at a sturdy cask strength of 54.2% abv.

Not to be taken lightly, Victoriana is powerfully packed with a punchbowl of flavours: think rich molasses, dark red fruits and crème brûlée. And a top tip from Iain with this dram: "Leave it for a while and come back to it, this is one you want to take your time with. The longer it can sit in your glass - the better!"

"Victoriana just edged it for me; the oiliness and flavour are right up my street! What's not to like! This brightened up another dreary lockdown Friday."

"I think I was just punched in the nose with caramel!" - Matt Cartwright

Verdict: It might just be us, but we reckon there's a certain romantic quality about the Victoriana. For us, this is an end-of-night dram to spend some time with and get to know, exploring its nuances and rich, complex character.

With the previous three whiskies so consistent in quality, it's hard to say we left the best until last - though Glen Scotia 18 Year Old certainly makes a good case! This single malt began maturation in refill bourbon casks and refill American oak hogsheads for 17 years, before being vatted together in first-fill Oloroso sherry casks for 12 months. The 18 Year Old treats us to a balance between fruity sweetness and classic Campbeltown salinity. Floral and crisp on the nose, with thick sweet toffee, delicate oils and rich sultanas on the palate, we're ending the tasting on a high.

"The standout of the night. This whisky felt great before the taste—a great odour of demerara sugars and fruit cake from the initial pouring and nosing. The surprise of the spices towards the end just enhanced the overall experience. A great whisky." - Graeme

Verdict: We didn't think it could get any better - and then it did. Glen Scotia 18 Year Old is a wonderful dram to boost any occasion, though we'd be tempted to pair it with a big chunk of toffee fudge. Delicious!

A big thank you to Iain, Andy and Gary from the Glen Scotia team for hosting these tastings with our W Club members. And a big slàinte to those who tuned in and tasted along with us! We couldn't have given January a better send-off without you. Stay tuned for more events with Glen Scotia to be announced later this year...

Want to join one of our virtual tastings at The W Club? If you're not a member yet, sign up here today for just £30 a year and get in on the Digital Drams!