The Glenmorangie Company, together with its partners including Scottish Natural Heritage are hosting the meeting bringing together marine scientists conservationists, administrators and oyster producers from across Europe, with the aim of developing a ‘blueprint’ for native oyster reef restoration. At least 15 European countries will be involved in these efforts.

The Glenmorangie Company, together with its partners including Scottish Natural Heritage are hosting the meeting bringing together marine scientists conservationists, administrators and oyster producers from across Europe, with the aim of developing a ‘blueprint’ for native oyster reef restoration. At least 15 European countries will be involved in these efforts.

This will be the second Native Oyster Restoration Alliance (NORA) conference, first established in Berlin two years ago, and taking place in Edinburgh 21st – 23rd May 2019. Having been wiped out due to overfishing by as much as a century ago, the plans could see millions of native oysters (Ostrea edulis) returned to the seas around Sweden, France, Germany, England, Wales, Ireland, the Netherlands, Belgium, Italy and Croatia.

Glenmorangie have a proud Scottish Highland heritage and are dedicated to protecting its beautiful surroundings. In a European first, Glenmorangie and its partners, Heriot-Watt University and the Marine Conservation Society, have now begun restoring extinct native oyster reefs to the protected sea by its Distillery, through the Dornoch Environmental Enhancement Project (DEEP).

Thanks to the development of a sustainable native oyster supply chain in Scotland, supported by DEEP, the industry could be poised to take part in the supply of the native oysters needed for Europe’s planned restoration projects, with potentially even more in the future.

Established in 2014, DEEP’s research has already seen 20,000 oysters returned to the Dornoch Firth. It aims to establish a self-sustaining reef of four million oysters by 2025. Having established reefs would improve water quality and biodiversity through regaining reef-like three dimensional structures on the seafloor and act in tandem with Glenmorangie’s anaerobic digestion plant, purifying the by-products of distillation – an environmental first for a Distillery!

DEEP’s Research Director and Associate Professor of Marine Biodiversity at Heriot-Watt, Dr Bill Sanderson, is chairing the NORA conference at The Royal Society Edinburgh. He said: “This is a game-changing moment for marine conservation. NORA’s pledge to bring back oyster reefs across Europe, opens the door to widespread restoration, with untold benefits for our seas. DEEP’s ground-breaking work in the Dornoch Firth proves that it is possible to return oysters to areas in which they have become extinct.”

Glenmorangie President and CEO Tom Moradpour said: “We are incredibly proud to be pioneering DEEP’s vital environmental work with our partners, not only protecting but enhancing Glenmorangie Distillery’s environment for future generations.”

Head of the marine conservation department in Germany's Federal Conservation Agency BfN, Professor Henning von Nordheim said: “When we founded NORA in 2017 in Berlin, we gratefully realised the overwhelming support and eagerness of so many European partners to join this fascinating vision. There is a real chance to restore large areas of our over exploited marine ecosystems with native oysters, for the benefit of marine biodiversity and sea water purification all around Europe. In doing so we can learn a lot from each other at this gathering in Edinburgh.”

Scottish Government Minister for the Natural Environment Mairi Gougeon said: “The Dornoch Environmental Enhancement Project (DEEP) is a fantastic Scottish success story which will improve water quality and biodiversity in the Dornoch Firth.

“Glenmorangie, Heriot-Watt University and the Marine Conservation Society can all be incredibly proud of this pioneering partnership and I look forward to the reef, and the clear benefits it will provide, being further established in the coming years.” 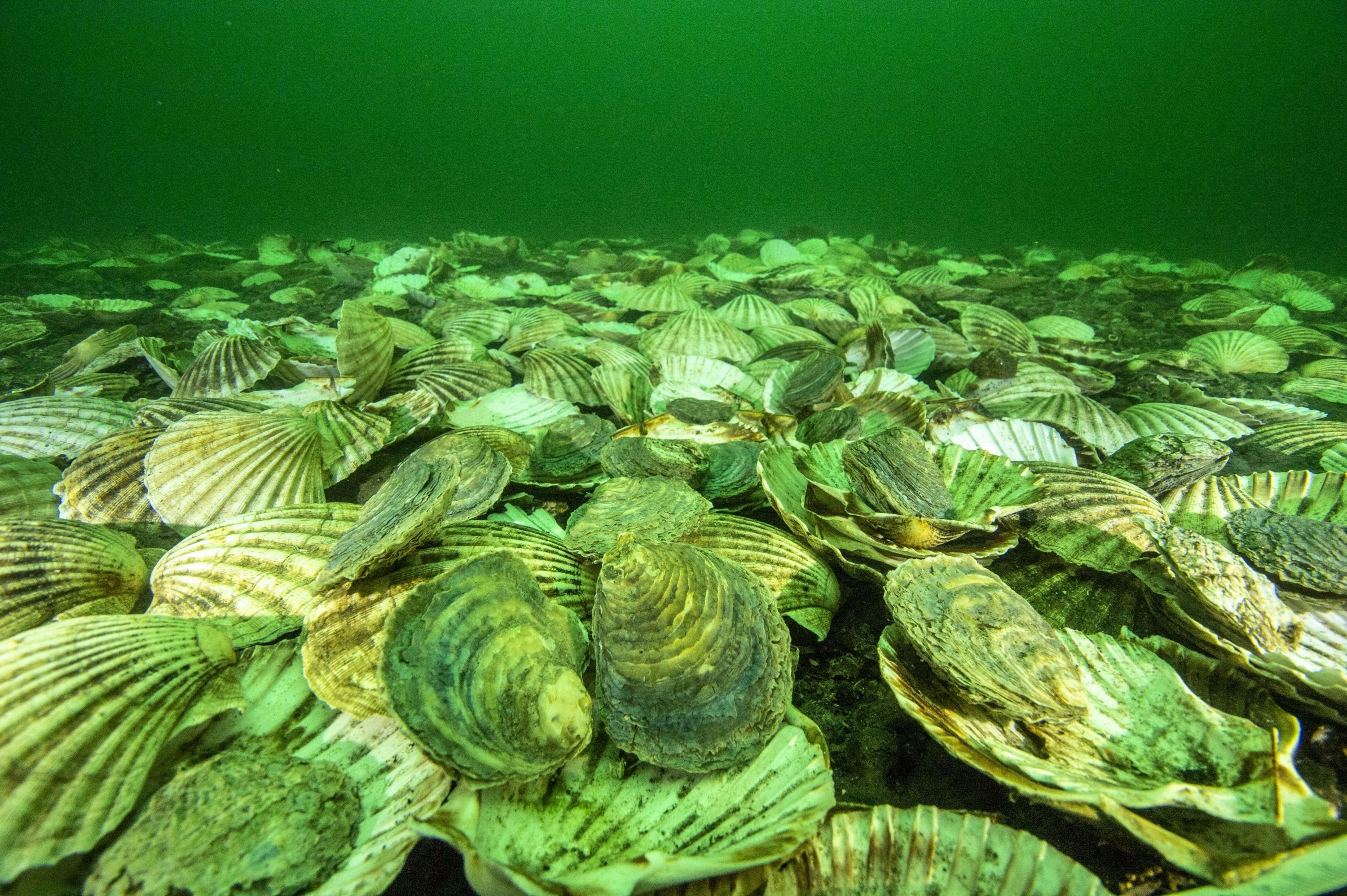 2014: Glenmorangie forges the Dornoch Environmental Enhancement Project with a vision of bringing oysters back to the Firth, where they are thought to have thrived for at least 8,000 years, until being destroyed by overfishing in the 19th century. This is the first attempt to restore the endangered native European oyster to a protected area where it has become extinct. DEEP is being delivered through a ground-breaking partnership between Glenmorangie, which provides seed funding, Heriot-Watt University through research and field work led by Dr Bill Sanderson, and the Marine Conservation Society, which delivers community engagement, communications support and advocacy.

2017: After proving that oysters had existed in the Dornoch Firth for millennia, researchers introduce the first 300 native European oysters to the water, from the UK’s only sizeable wild oyster population in Loch Ryan. They are carefully placed on two sites in the Dornoch Firth in ballasted bags, to confirm that they can flourish. Researchers are delighted to see a survival rate in line with their highest expectations – up to 86% in a year on one site. This paves the way for a feat never before attempted in Europe – recreating natural reefs.

2018: Scientists lay tonnes of cleaned waste shell from the scallop and mussel industry in two locations on the seabed to form reefs. The shell material helps to stabilise the sediment and allow the oysters to grow on top, mimicking their natural habitat. Meanwhile, the oysters are prepared for the water. Grown by suppliers across Scotland, each one is held behind a biosecurity firewall at Heriot-Watt University, thoroughly checked and cleaned – its shell scrubbed and sterilised, with purified sea water passed through the inside – before being sent to the Firth. In October, the researchers begin placing the first of 20,000 oysters on the reefs.

2025: By now, the population should have been built up to four million, spread over 40 hectares. At this stage, scientists believe they will have introduced sufficient numbers of oysters to create self-sustaining reefs, finally replicating those which existed in the Firth until they were fished out in the 1800s.