Brian Wilson takes the long road down to Campbeltown, to a region with a rich history of catastrophes, cult distilleries, and a vibrant community. 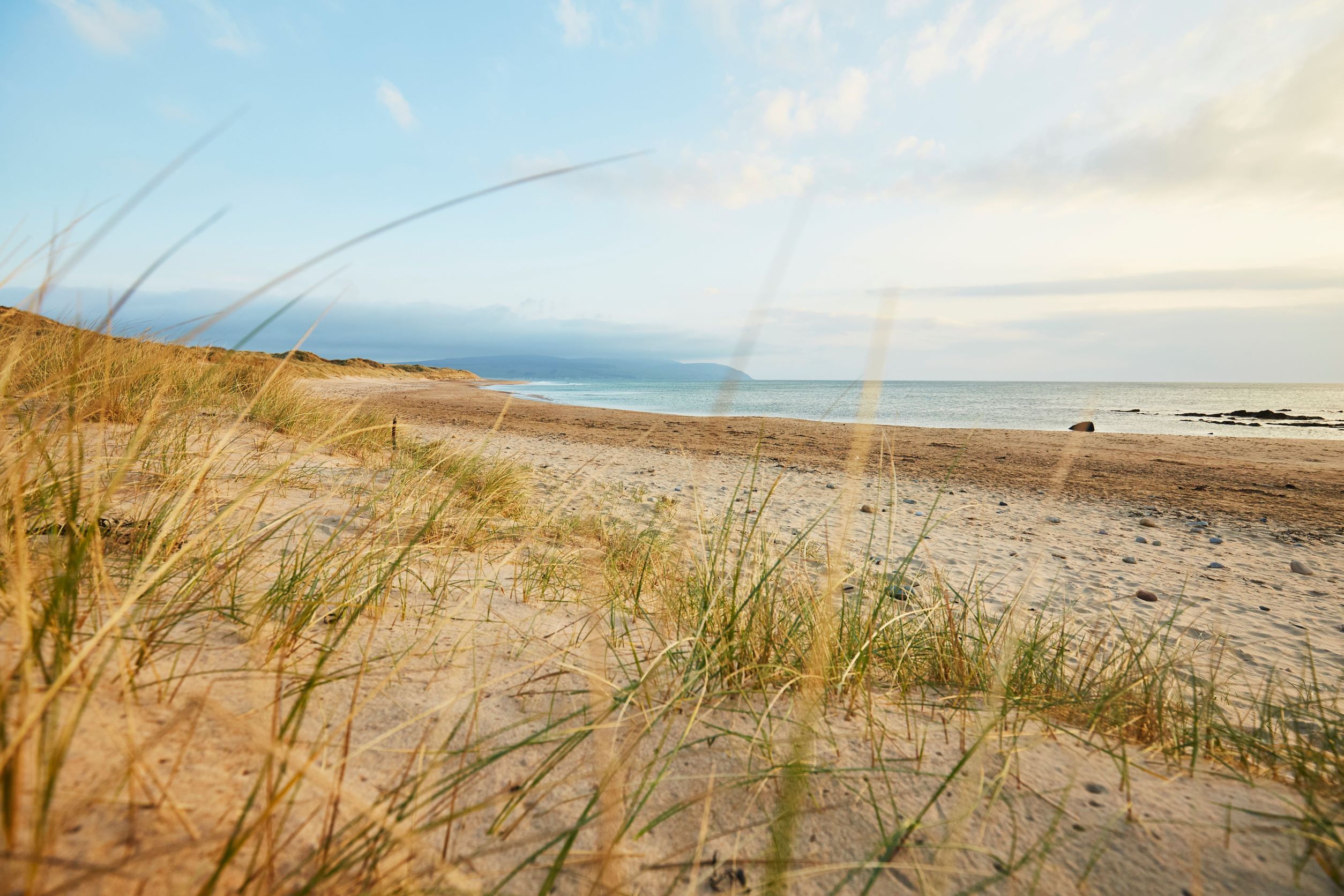 The name-check for Campbeltown Loch in the old music hall song was not just because it fitted the tune of the Glendaruel Highlanders. When the immortal lines "Campbeltown Loch, I wish you were whisky" were penned by a guy called Alan Cameron, the "wee toon" at the far end of the Kintyre peninsula was indeed the world capital of whisky.

As far as we can tell, the song parodied a local complaint that while Campbeltown produced huge volumes of the hard stuff, the price in the pubs was unaffected. Hence: "Now Campbeltown Loch is a beautiful place but the price of the whisky is grim; how nice it would be if the whisky was free and the loch was filled up to the brim!"

Campbeltown is the only one of Scotch Whisky's five "appellations" that bears the name of a single town. Islay is an island. Speyside, Highland, and Lowland are regions. This gives a clue to just how important Campbeltown was to the early history of the industry. It was unique in having a cluster of small distilleries cheek-by-jowl within the confines of a community occupied by just a few thousand souls.

At one point, when only the revered Springbank and Glen Scotia were operating, the Scotch Whisky Association dropped Campbeltown as a distinct classification. Happily, these days are long gone and the prospects are again something to sing about with three functioning distilleries and at least two more on the way. Kintyre's 21st century whisky renaissance is well underway. 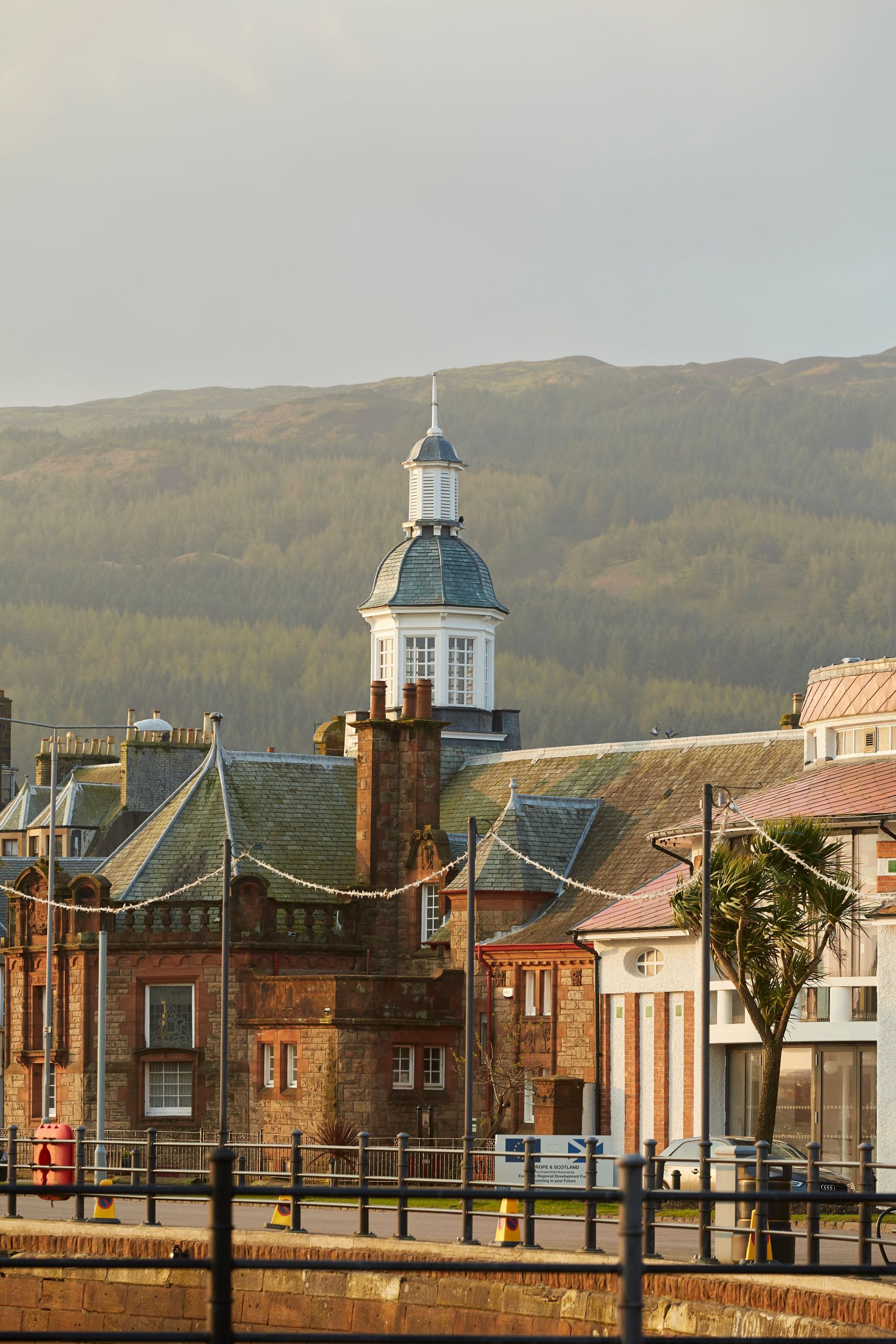 The peninsula's whisky history had its origins in proximity to the north of Ireland where distilling was an ancient art, easily transportable across the narrow strip of water that separates Kintyre from the Glens of Antrim. Then there was rich agricultural land to which, since the 17th century, the landowners had implanted an entrepreneurial breed of Ayrshire farmers, who became the driving force behind the proliferation of distilleries.

Campbeltown's other major creator of wealth was a herring port and when the whisky chronicler, Alfred Barnard, got there in 1886, he found "a most attractive... its waters were teeming with life and hundreds of sail were riding at anchor on its ample bosom." He also found 21 distilleries still in operation though decline set in over the next few decades as ownership within the industry consolidated and competition from Islay and Speyside grew.

By 1930, there were three distilleries left - Springbank, Scotia, and Rieclachan though none was operational. Rieclachan finally closed its doors in 1934. Springbank resumed production in 1935. As for Scotia, Angus Martin wrote in his history of the distillery: "The most intriguing question is how it managed to survive the catastrophic collapse of the Campbeltown whisky industry in the 1920s... I am as certain as can be hat had Bloch Brothers not brought their commitment and money to Campbeltown in 1933 and bought the distillery, Glen Scotia would have gone the way of the vast majority."

The brothers were from a Jewish immigrant family and built a whisky brokering business in Glasgow before buying Scotia and adding the word "Glen" to its name. (They also saved Scapa distillery in Orkney from the 1930s depression in the industry). Glen Scotia resumed production in 1935 and the Blochs retained control for two decades. Thereafter, it stuttered along through a series of ownerships and temporary closures which continued to make its survival a minor miracle. In 1994, it was bought by the Loch Lomond Distillery Company and production resumed three years later. The man behind that business was Sandy Bulloch, a major entrepreneurial figure in the Scottish drinks trade, and he is credited with bringing a long-term future to Glen Scotia. 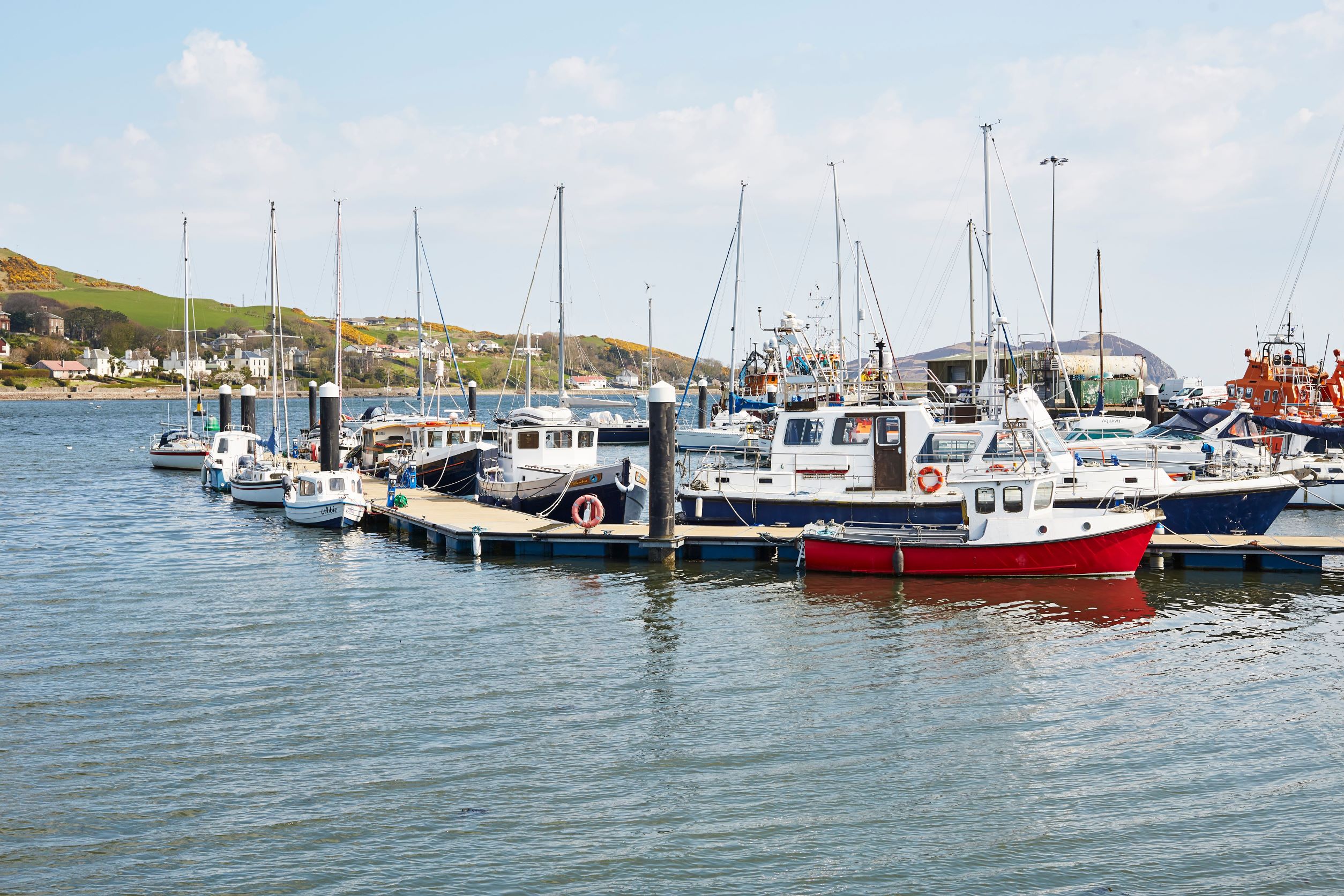 Initially, this was at a very modest level and there was little early sign of the necessary investment. Iain McAlister, a native of Kintyre, has been manager since 2008 and recalls that, when he took over, there were three people working in the distillery - the mashman, the distiller, and the manager, Hector Gatt, who was only too pleased to retire. Iain says: "They were doing two or three mashes a week. Everything was falling to bits, the spirit condenser had a hole in it and the reputation was shot."

If the previous history of the distillery hade not been so chequered, that might have been considered its nadir. The only way was up and since then, Glen Scotia has been transformed under Iain's leadership to produce once again a robust and highly-regarded Campbeltown whisky. The parent company, which has had its own changes of ownership through these years, has provided the investment required. As Iain says: "For a successful distillery, you need to invest a lot of money but the returns can be huge."

Glen Scotia is a great place to visit. Its location in the heart of Campbeltown limits the potential for a fashionable visitor centre but this is more than compensated for by the interior of the distillery itself which combines evidence of recent investment with the original stone walls and reliance on equipment which has stood the test of time. Notably, the rack and pinion mash tun is well over 100 years old while the plate on the malt mill boby, "made in Bury St. Edmunds," reminds us of things the UK used to make... and make to last.

The much sought-after Springbank represents continuity in the Campbeltown industry though even it was mothballed from 1979 to 1987. Thereafter, its long-established owners - it has been in the Mitchell family since 1837 - decided to concentrate solely on single malt production. They too describe the Springbank equipment as "resolutely old-style" while it is the only distillery in Scotland to carry out the whole process from malting to bottling. 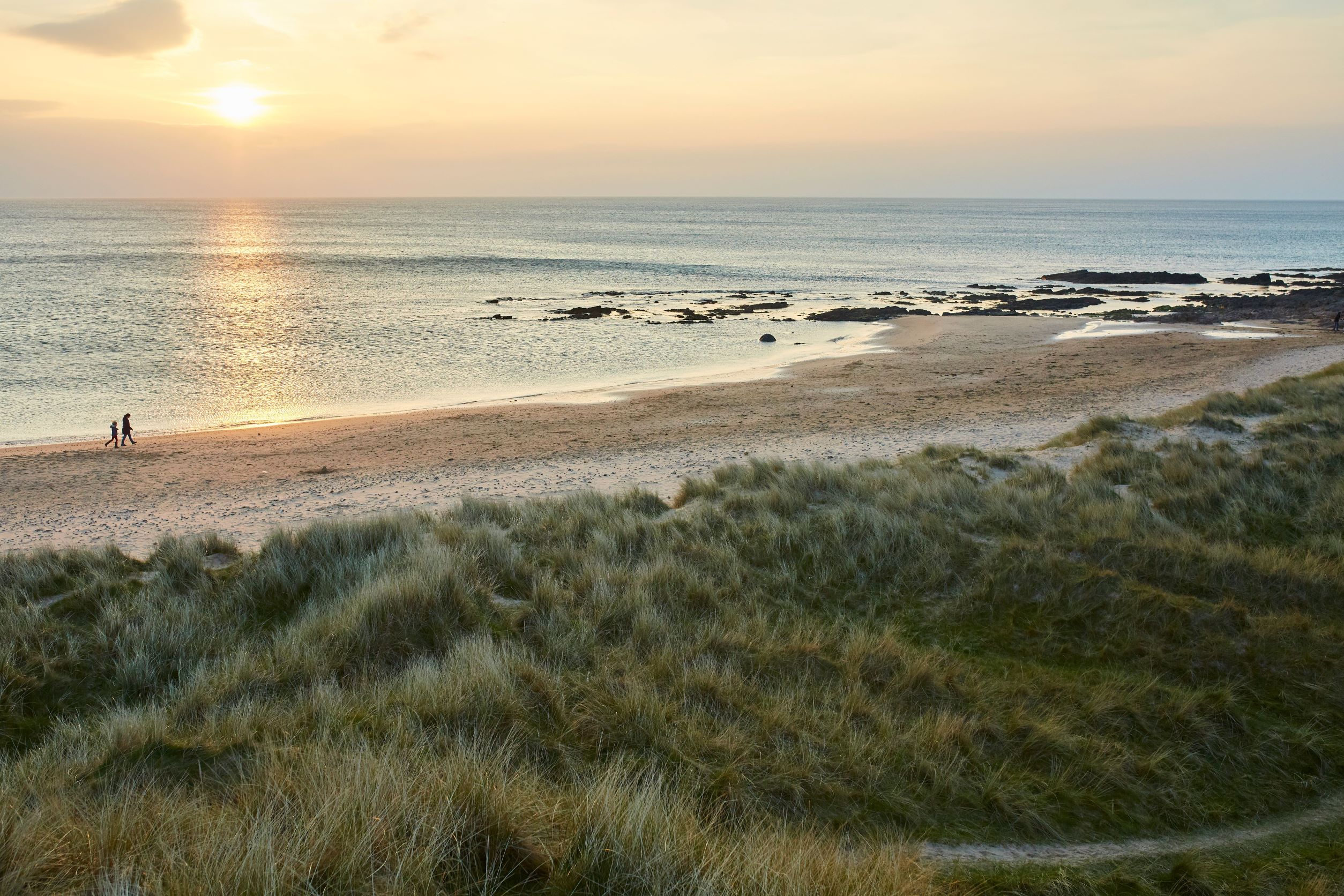 Springbank's self-description is as "one of Scotland's cult malt whiskies and a template for many new distilleries." The Mitchell company themselves own Glengyle, another 19th century that has been revided over the past 20 years and produces a single malt under the name Kilkerran. There is still something reassuringly small scale and crafted about Campbeltown's whisky production.

Sure enough, new ventures are beginning to appear in the area and two are currently awaiting planning consent. The Dal Riata distillery, within Campbeltown's itself, will share the same water source - Crosshill Loch - as the long-established ones. Also in line for planning approval is the venture based in Dhurrie Farm, adjacent to Campbeltown's airport at Macrihanish. It has the same ownership team behind it as the Isle of Raasay Distillery, Alasdair Day - who is also master distiller - and Bill Dobbie who has strong family links with Kintyre. Indeed, his uncle was for many years greenkeeper at the magnificent Macrihanish golf course. By buying the farm, they have created the means of producing their own barley and the word "sustainability" is written into every aspect of the project. Alasdair says it has always been in their plans to build a second distillery and now Raasay has its own single malt on the market, the time is right for a new venture - and Bill's Kintyre connections pointed in that direction.

There are other projects thought to be in the pipeline and the days when the Campbeltown classification was under threat are long gone. It is good news not only for those who retain a great loyalty to the distinctive, "salty" features of whisky from that part of the world, but a great boost to the economy of a town which may to some be at the "end of the road" but, for whisky aficionados, will always be recognised as a place that was once centre of the universe. 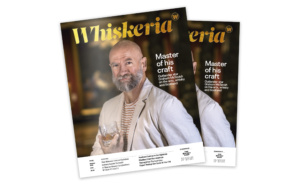