Often described as the distillery which started it all, Glenlivet was Scotland’s first officially licensed whisky distillery in 1823.

The Founder’s Reserve, a new addition to their core range is now honouring the spirit of pioneering founder George Smith – the man who started it all. You can read our profile of Glenlivet Distillery to discover more about its rich and fascinating history. 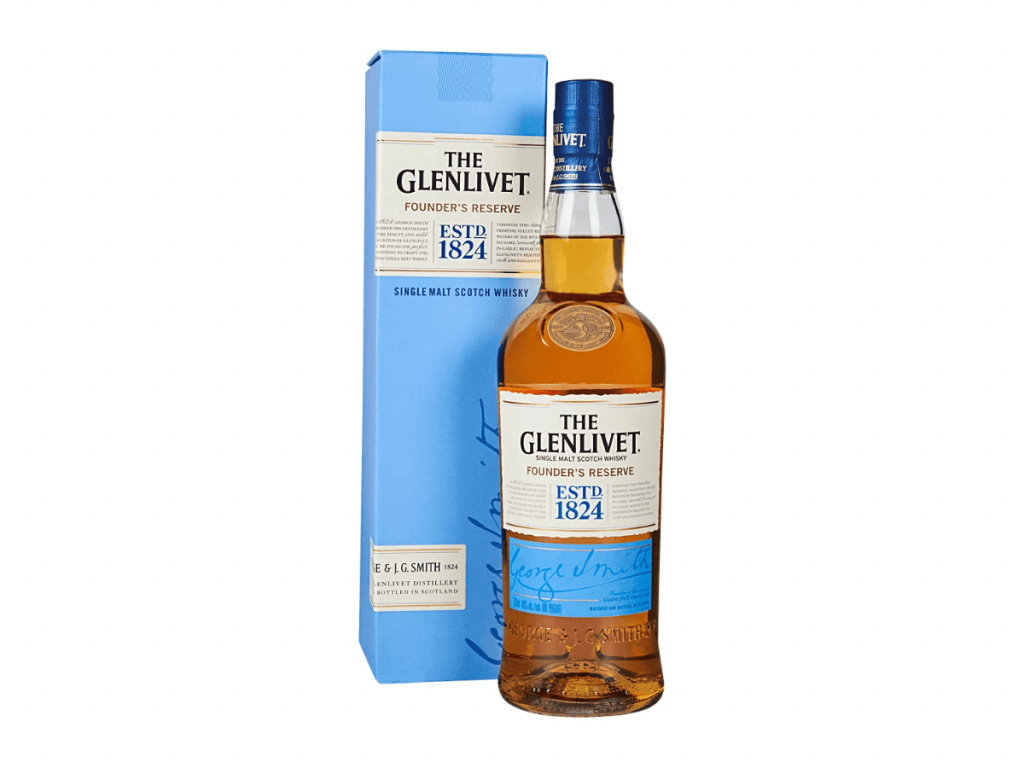 In 2014, The Glenlivet reached their long held goal of selling one million casks worldwide and cemented their position as one of the top selling single malts in the world (second only to Glenfiddich). With accessible but complex flavours, The Glenlivet’s single malts have become popular with whisky fans young and old. This accessibility was part of George Smith’s vision when he first established the distillery in the 19th century, and this new release expands on it perfectly.

Founder’s Reserve is a wonderfully smooth and creamy dram which has been aged in First Fill American Oak Casks, which retains a balance with the zesty flavours. There is no age statement on these bottles, just like the very earliest bottles of The Glenlivet. The lack of age statement allowed Smith to draw from different cask ages, and that freedom has been replicated to take advantage of the distinctive pre-aging character created by the unique lantern shaped stills used at the distillery.

That’s the history, but how does it stack up to the other massively popular Glenlivet expressions? We couldn’t wait to try this one, so we decided to have ourselves a tasting session. Here’s our verdict...

A typically fruity Glenlivet note is the strongest first impression, but sweet aromas of candy and toffee surface to create a very pleasant combination.

Follows neatly from the nose, again wonderfully sweet and smooth; almost creamy. Comforting tastes such as toffee apple and pear drops invoke a pleasant sensation. This is followed by a burst of fruit; orange and other bold citrus fruits fight for centre stage.

Impressively sustained finish which lingers on those sweet, smooth tastes and welcoming aromas.

Overall, this is an appealingly accessible new release which should offer a nice alternative for fans of the popular Glenlivet 12 year old. The smoothness of the finish and the linear evolution from nose to taste, without sacrificing complexity, makes an excellent dram which is suitable for every occasion.

Buy a bottle of The Glenlivet Founders Reserve online today.