Read our Speyburn 10 year old review, and learn why this 10 year old whisky packs a punch, at an affordable price.

Speyburn Distillery stands in the steep wooded Glen of Rothes, just outside the village of Rothes, and takes it's name not from the River Spey (which is about a mile away), but from the Granty burn, which supplies it's process water, and the Broad Burn, which supplies ample cooling water. The bed of the latter was also quarried for building materials when the distillery was built in 1897. 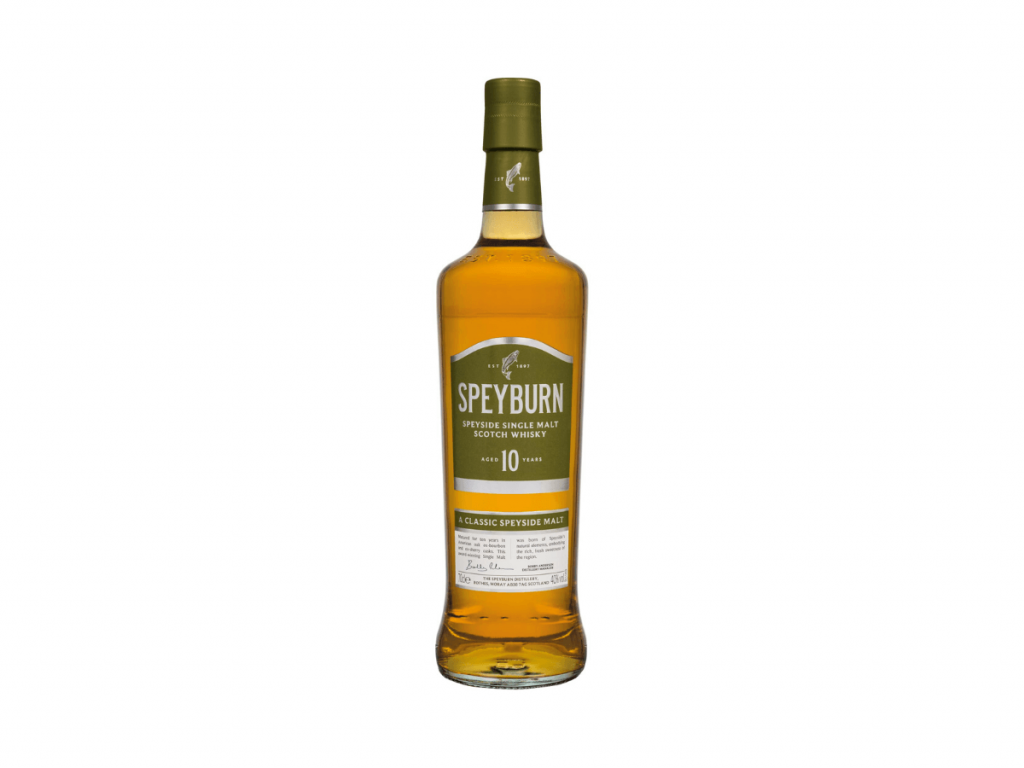 The founder was determined that his distillery should open in the year of Queen Victoria's Golden Jubilee, and achieved this on the last day of 1897, by dint of the workforce toiling day and night while a violent snowstorm raged, in a still-house in which windows had yet to be fitted!

The founder was John Hopkins, who also owned Tobermory Distillery. He employed the leading distillery architect of the day, Charles Chree Doig of Elgin, who solved the considerable challenge posed by the very narrow site by installing the first drum maltings in any malt distillery, in order to avoid the need for extensive malting floors. This operated until 1986.

Hopkins joined Distillers Company (now Diageo) in 1916, and Speyburn was sold to Inver House Distillers in 1991. In 2014/15 the distillery was expanded, with a larger mash tun and 11 new stainless steel washbacks. The still house remains as Doig designed it, with a new, larger, was still - the existing wash still being changed to a spirit still. Both spirit stills employ worm tubes, which makes for a heavier style of spirit.

Speyburn is it's best selling single malt, especially popular in the U.S.A. and Finland. Speyburn 15 year old joined the 10 year old in 2017.

The colour of Golden Syrup, the Speyburn 10 year old has been matured in American white oak, both ex-bourbon and ex-sherry. The aroma is nutty (almonds and walnuts) on a fruity base (dried figs). The texture is smooth and the taste sweet, with chocolate in the aftertaste.