We're sorry, Girvan Patent Still No. 4 Apps is sold out 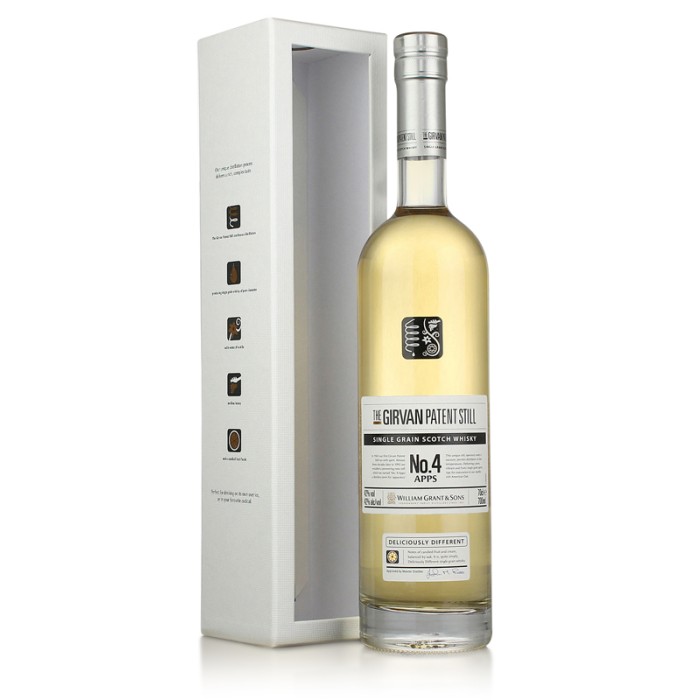 Watch this space - single grain whiskies are on the cusp of becoming very trendy.

The term 'Apps' is distillery speak for 'Apparatus' referring to the continuous "patent" still number 4 that has been producing grain spirit at Girvan since 1992 usingvacuum distillation, amethod pioneered by owners William Grant's.

This results in a very pure, clean tasting spirit that balances perfectly with the American oak used for maturation.

Girvan was the most advanced distillery in the world at the time. Further innovation in 1992 saw Charles pioneering 'vacuum distillation' with the introduction of 'No.4 Apps', after which this expression is named. This distillation at lower temperatures in a vacuum results in a very pure, clean-tasting grain spirit that balances perfectly with the vanilla notes from American white oak casks during maturation.