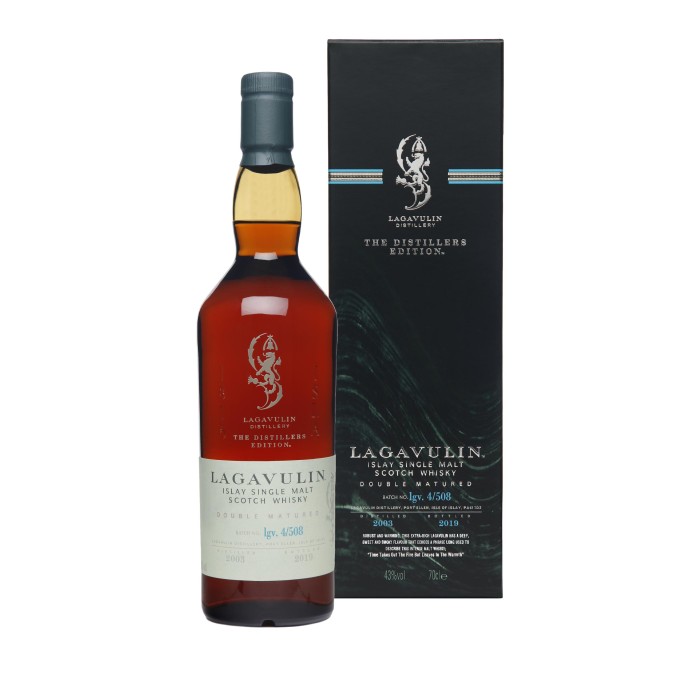 Each Lagavulin Distillers Edition expression undergoes a second, or double, maturation in casks that have previously held a fortified wine. This is the 2003 vintage, which used Pedro Ximinez sherry casks for the second maturation period before bottling in 2019. A really distinctive and distinguished dram, full of peat while the Pedro Ximinez sherry wood naturally has a big say. A more mellow Lagavulin, not quite as deep or intensely flavoured as the 16 year old.

Lagavulin Distillery was founded in 1816 by John Johnston. The name comes from the Gaelic "Laggan Mhouillin" meaning "hollow where the mill is". Control passed to Sir Peter Mackie, owner of the legendary "White Horse Distillers", in 1890 with a second distillery, Malt Mill, opening in 1908. Due to an explosion and fire in 1952, the distillery was rebuilt and the mash tuns brought entirely under cover for the first time. Malt Mill was closed and the stills transferred to Lagavulin still-house in 1962. All four stills were converted to steam heating in 1969.