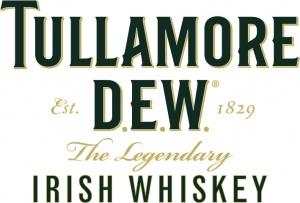 The Old Tullamore Distillery was established in the town of Tullamore, County Offaly (formerly King’s County), Ireland in 1829. Michael Molloy, a well-known grocer and wine merchant, built the distillery on the site of an older distillery on Bridge Street, a short distance from his family business premises. In the next decade, Molloy expanded the distillery and its output by purchasing an adjoining mill on Patrick Street. By 1932, more than 20,000 gallons were produced annually.

Give every man his Dew

Tullamore earned its post-nominal letters under the stewardship of Daniel E. Williams, distillery manager in the late 19th century. With Williams at the helm, the distillery expanded further and flourished, introducing the expression that still bares his initials, Tullamore Dew, with the slogan ‘Give every man his Dew.’

Following the impact of US Prohibition and stiff competition from blended Scotch, Tullamore began to focus on its whiskey liqueur, Irish Mist, and in 1954 the distillery was closed. In the 1960s the Tullamore Dew brand was sold to John Powers & Son with production transferred to Midleton Distillery in County Cork. Tullamore whiskey returned home to the town of Tullamore after a break of sixty years when Scotch whisky brand William Grant & Sons bought the brand in 2010 and constructed a new distillery on the outskirts of the town which opened in 2014.

The Power of Three

The number three is at the core of the Tullamore process. Only three ingredients are used, every drop is triple distilled, the blends are composed of three types of grain, and three distinct cask types are used for maturation. This trinitarian approach has produced award-winning blends and single malt whiskeys, reinforcing Tullamore’s claim to ‘legendary’ status.

Tullamore D.E.W. at The Whisky Shop